Watch the BBC try to explain the Internet in 1994

Originally published at: Watch the BBC try to explain the Internet in 1994 | Boing Boing

Would be great to hear from this same woman today and get her thoughts.

Pretty well done show actually. She had the right information, and talked about the challenges they were facing at the time to get to, well… basically where we are now. She obviously didn’t know about the ravages of social media turning the world into a desolate wasteland, but top marks otherwise.

As opposed to us dumb Americans: “It’s a series of tubes”

something something “home pages”

Well, now I know how to entertain my mammoths.

At that point, as host Kate Bellingham points out, US President Bill Clinton had already set up an email address

Elizabeth II first used email in 1976, possibly the first email sent by a head of state. 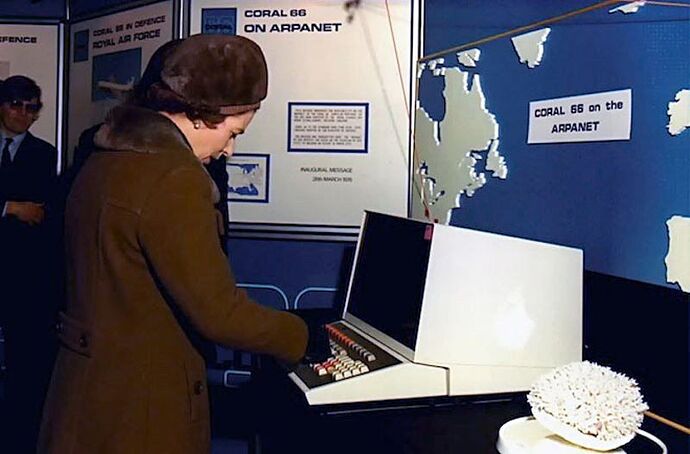 On This Day in Royal History: Queen Elizabeth Sent the First-Ever Royal Email...

On March 26, 1976, the Queen made tech history becoming the first royal to send an email at a military base in the U.K.

She had an email address, but she didn’t use it directly. 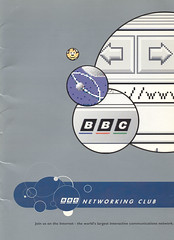 … on the internet nobody knows you’re a queen

Not just the Queen.

Prince Philip’s account was famously hacked by Steve Gold and Robert Schifreen who had identified numerous security flaws in Prestel - by then owned by BT. While at a trade show, Schifreen had shoulder surfed a Prestel engineer gaining administrator access to Prestel using the account22222222 and the password 1234. These still worked when they tried it and they were able to get into a number of Prestel accounts, including that of Prince Philip. No damage was caused and they made no attempt to extort Prestel.

Gold and Schifreen were charged and convicted of offences under Section 1 of the Forgery & Counterfeiting Act 1981 because there was no computer-specific legislation on the books at the time. The prosecutors used the novel approach that using a password without authorisation constituted forgery.

The pair were each fined several hundred Pounds (when a Pound was still worth something), but chose to appeal to the Court of Appeal and eventually the House of Lords (which at that time housed the Supreme Court). The Lords overturned the convictions on the grounds that the Forgery Act was never intended to cover computer hacking.

This effectively left England and Wales without any legal remedies against hacking which meant that the government had to introduce the Computer Misuse Act 1990 to specifically cover unauthorised access to computers. Surprisingly, it was a pretty good piece of legislation (although some of the later amendments are terrible), although it is now so out of date there are plans to replace it - almost certainly with something much worse.