Watch the trailer for the forthcoming Last of Us TV series, based on the hit video game

Originally published at: Watch the trailer for the forthcoming Last of Us TV series, based on the hit video game | Boing Boing

I’m just not very optimistic this will be a good show. Even on the chance they are able to do a hail mary and make a good adaptation i can’t imagine myself being excited to watch it. Others might love it, but the themes of the game are incredibly dark and depressing and that’s not something i need in my life right now. Don’t get me wrong, the game is amazing, emotional, and worth experiencing but after having played the game i’ve gotten my fill of it and i don’t need more.

Yep, I’m in the same boat. It’s the only game I’ve ever played that has legitimately choked me up (giraffes, anyone?) but I had to take frequent breaks from the bleakness. 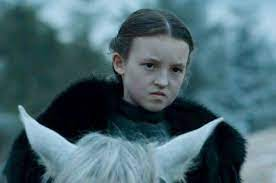 Horizon Zero Dawn has some similar moments considering it deals with a world trying to recover from a robot apocalypse. Overall found it less bleak but still was hard at times… There are also side stories you can read or listen to audio logs, and there’s one centered around some girls who were working at Yellowstone over a break that bond and start a 2 person punk band called Concrete Beach Party and their story in no way relates to the main character. It’s very much a background extra thing but i found it so poetically tragic and touching that i broke down and cried by the time i read the last transcript.

Yeah, I’m in the same boat. The video game scripting was simply amazing. But oh boy was it tough going, to the point that I still haven’t been able to bring myself to play The Last of Us Part II. The game deserves all the accolades it’s received and I wouldn’t be surprised if the TV show does as well. But in a way it’s a victim of its own success.

I heard a lot of mixed things about part 2 but even if it was flawless i don’t know if i could play it. Someday maybe but not anytime soon

It is quite surprising how hard an emotional punch modern computer games can pack. I had to stop playing “Firewatch” as it was jabbing me hard in feels. 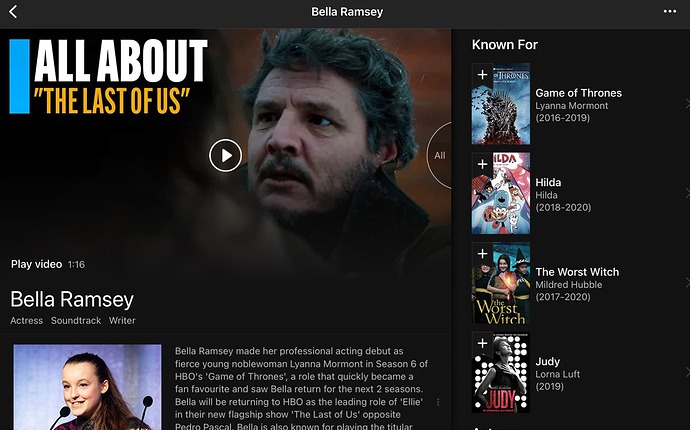 Holy Sh!t! It is Lyanna!

She’s also about to be in this…

Lady Mormont seems to be having a moment!