Hmmm… some of those are real stretches.

On the other hand, I was under the impression that a number of scenes from The_Three_Musketeers and The_Four_Musketeers (the good ones with Raquel Welch, Oliver Reed and company) were inspired by paintings but I can’t seem to find any evidence of it.

i love stuff like this. some of them may be more unconscious recreations of famous works than intentional, but they are stunning nonetheless.

When I think of movies that look like paintings, Barry Lyndon always comes to mind… It may not directly reference a specific painting, but the lighting, costumes, compositions and lensing all scream 18th century English painting.

Not to mention a pretty hilarious episode of Arrested Development.

My favourite is the “Pietà” from “Streets of Fire”. 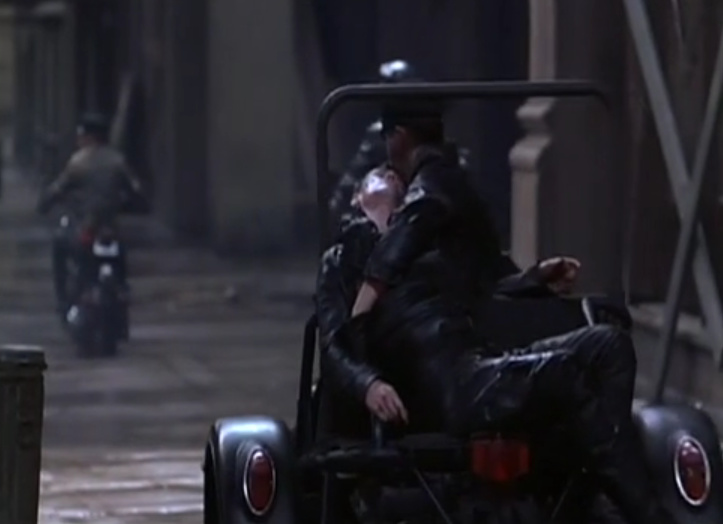 Reminded me of the opening sequence from Melancholia, which includes actual paintings as well as a bunch of scenes slowed down so much that they almost freeze.

This video is tangential, but it makes me happy: 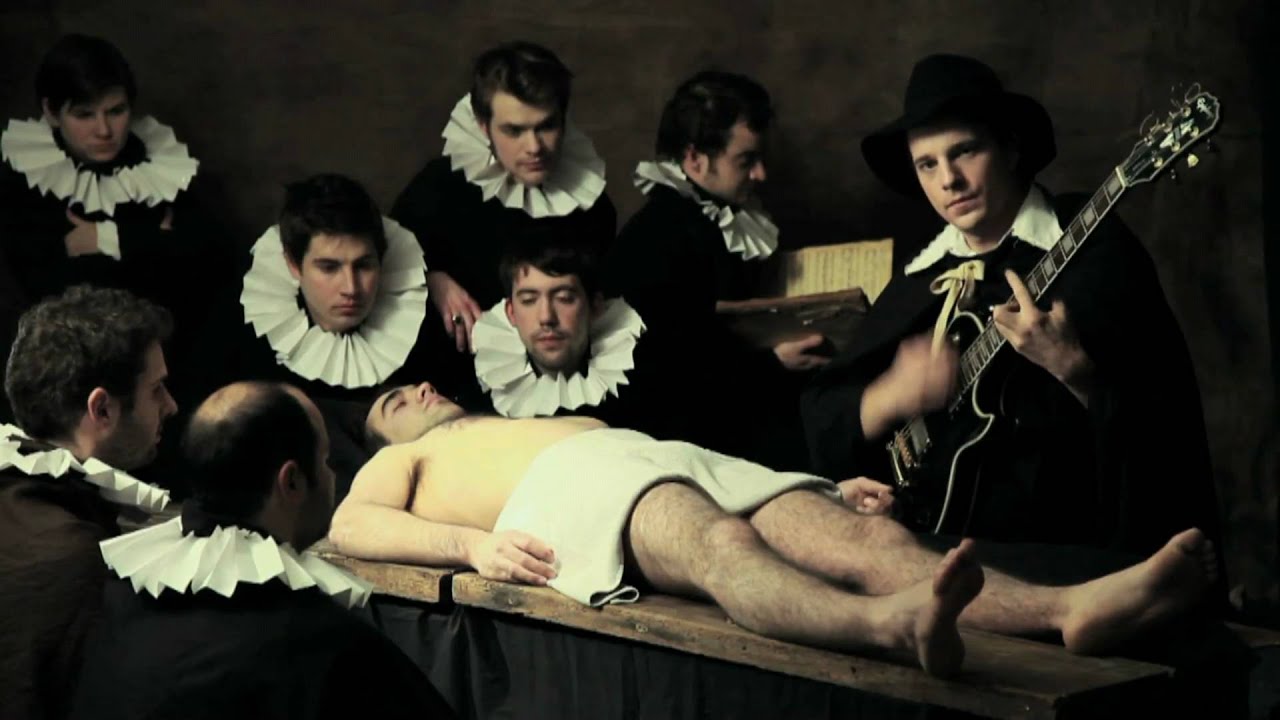 On topic, I love Magritte and am very familiar with his oeuvre, but I’ve never seen “Architecture au clair de lune” ~ what a nice find!

some of those are real stretches

Agreed. Dali’s elephants and Fury Road seem to pair well, but I wonder if that’s intentional… Still, it’s fun to make connections between past and present art.

Wot, no MAS*H and the last supper?

The Last Supper is incredibly widely copied. It would probably take an hour to show all the homages to it. Which would be pretty cool, actually.

Surprisingly, one show that didn’t display the tableau was the 2018 Jesus Christ Superstar Live in Concert shown live on NBC. It looks like they were doing it on stage, but the camera director was some sort of philistine that didn’t recognize what was going on and showed a closeup of John Legend at the pivotal moment.

In my eyes, the most glaring miss is the 1881 painting “Scotland Forever”, which was replicated in the 1970 movie Waterloo. 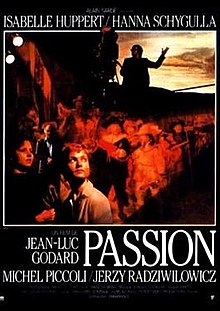 Passion is a 1982 film by Jean-Luc Godard, the second full-length film made during his return to relatively mainstream filmmaking in the 1980s. Set in winter in Switzerland, it is about the making of an ambitious art film that uses re-creations of classical European paintings as tableaux vivants, set to classical European music. Only incomplete scenes of the film within the film are shown, because it has no settled plot and never gets finished. While making it, the crew become involved in vario...

This could have been mentioned, although perhaps it is too on the nose.

The Birth of Venus was also used by Ken Russell in “The Devils”, a film still difficult to find…

Gilmore Girls had a rather funny take on this as well.

A long time since I watched any Greenaway films, but I’m pretty sure you could make a video with nothing but Greenaway’s homages to classical paintings. I’m surprised Efendi managed to stick to just one.

You could probably build an entire video out of versions of that reference:
https://tvtropes.org/pmwiki/pmwiki.php/Main/PietaPlagiarism 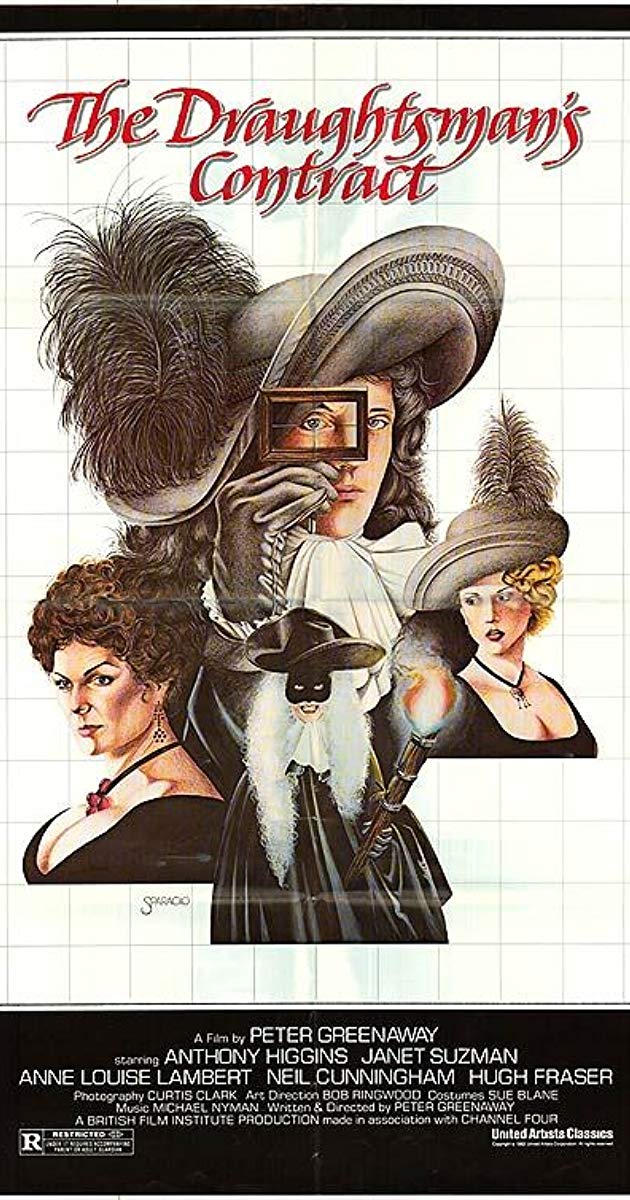 Directed by Peter Greenaway. With Anthony Higgins, Janet Suzman, Anne-Louise Lambert, Hugh Fraser. A young artist is commissioned by the wife of a wealthy landowner to make a series of drawings of the estate while her husband is away. 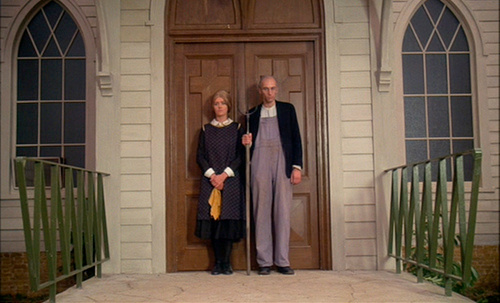