If the Witcher TV show gets off the ground, I think we’ve found the perfect Ciri.

Kids today… When I was her age, I was told not to run with scissors, this looks far more dangerous.

Yeah, I wondered, based on the fact it was a 9yo girl doing the thing, whether that guy would show up.

You know, that guy that’s “I-just-want-to-point-out-the-ineffective-real-world-application-and-she’s-not-even-doing-it-rite-yada-yada-yada-lemme-just-crap-all-over-this-person’s-amazing-effort”.

Yeah, I’m sure her technique is fine or whatever. I am disappoint that this is good for kids. Well, they’re out there moving their bodies and getting fit, not inside playing computer games all the time. Not so sure that the aggression is channeled very well. Seems overblown. 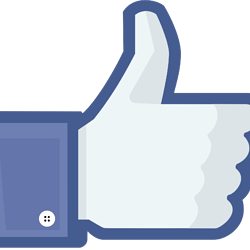 That was pretty much exactly my reaction.

Speak three names, and a girl will do the rest…

That’s the shortest hakama I ever saw. Usually they are hemmed at the ankle or just below it.

She’s very talented and athletic but her sword cuts themselves have no real intent behind them. If she wants to progress, she needs to spend some time with something like iaido. A few years doing shohatto slowly and carefully would make her lethal and concentrate her mind very, very well.

Still, good for her. I hope she’s paying attention to her knees and back for the long term.

My husband is quite an advanced martial artist. In his early 20’s he was into Taekwando which is a bunch of high kicks and splits in doorways and breaking boards. It’s just perfect for an energetic 20 year old but not the most useful thing in a fight.

These days he does these touch point techniques where basically it looks like he just barely moves his fingers and the opponent is down on the ground completely in his control and incapable of fighting back.

Clearly he’s gotten into more useful skills for an actual fight as he got older, but the other was the perfect entry way to that.

Recently he was sitting on the board for a black belt promotion test and I got to see some of the kata performance. One of the guys up for an upper ranking black belt was an attractive guy in his mid 20’s who is doing a lot of film work these days - both on screen and doing some advising on sets. He was really fun to watch but used about 20 times the energy of the more experienced people he was testing for. If I were 12, he’s the person I’d want to be.

The performance stuff is what draws kids in, and the useful stuff is where they head as they actually put their knowledge to the test.

I did six years of Japanese sword work before an injury took me out of it. What’s in this video is not sword work, it’s dance while dressed for sword work. This is not a style or form which would have any real application to fighting. The girl spends more time with her back to her imaginary targets than facing them, and the flipping/spinning has no practical use other than looking cool.

Good for the little girl for learning a skill. But that skill is not fighting with a sword.

Her movements seem way too fast, though like many have commented, this must martial sports and not martial arts. It reminds me more of Chinese sword dancing. I love her enthusiasm and energy. Get this kid into Katori Shinto Ryu and she would be amazing!!

Can we get some more people in here to dump on the young lass?

Imagine if you were at a competition requiring you to rattle off the first eight elements of the periodic table. You know, Boron, Mercury, Lanthanum, Americium, Helium, Carbon, Iron, and Arsenic? Doesn’t matter how quickly you can do it if that’s the sequence you were taught.

Of course, the biggest error in my sequence is that Americium should have been first. Everyone knows that!

Of course. Hot tip: a nice mnemonic for Americium’s atomic weight is a giant foam hand with “we’re #1” written on it.

I know a lot of people that say getting into martial arts as a kid saved their lives.
Its not just that aggression is channelled and exercise is good for you, but it gives kids a mentor, someone outside of the home to look up to and to provide guidance and praise and structure. It can be a life line for some.