Watch this drummer play effortlessly play with one hand

Of course any discussion of one-handed drummers wouldn’t be complete without paying due respects to Rick Allen, the Def Leppard drummer who lost his left arm in a car accident in 1985 and didn’t let that stop him from pursuing his dream.

Kudos also to his bandmates for having enough faith in him to put their performances on haitus while he learned to play one-handed instead of just finding a new drummer. 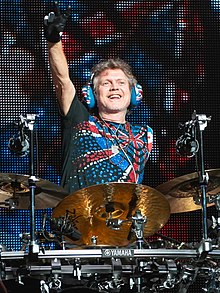 Richard John Cyril Allen (born 1 November 1963) is an English drummer who has played for the hard rock band Def Leppard since 1978. He overcame the amputation of his left arm in January 1985 and continued to play with the band, which went on to its most commercially successful phase. He is known as "The Thunder God" by fans. He is ranked No. 7 on the UK website Gigwise in The Greatest Drummers of All Time list. Rick Allen was born on 1 November 1963 in Dronfield, Derbyshire to Geoffrey Allen ...

This guy is relying on a dual pedal kick and fast footwork to fill. His performing hand is doing what an experienced pro should be able to do. Much more respect for Rick Allen.

There’s that old joke that goes: what has 10 legs, 9 arms and sucks?

Song is actually his story 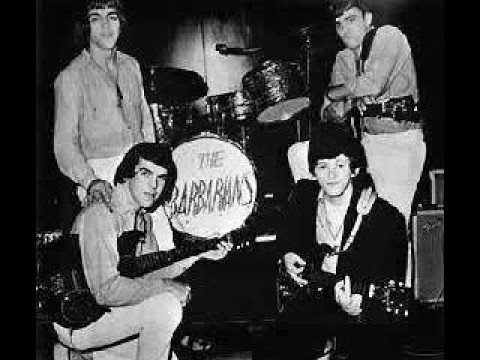 Not sure “effortlessly” is the most appropriate adverb in this situation. He appears to be expending an impressive amount of effort.

Sure, he can play with a joint in one hand, or drinking from a sippy cup.

But can he sight read complicated drum parts while eating sushi at the same time? 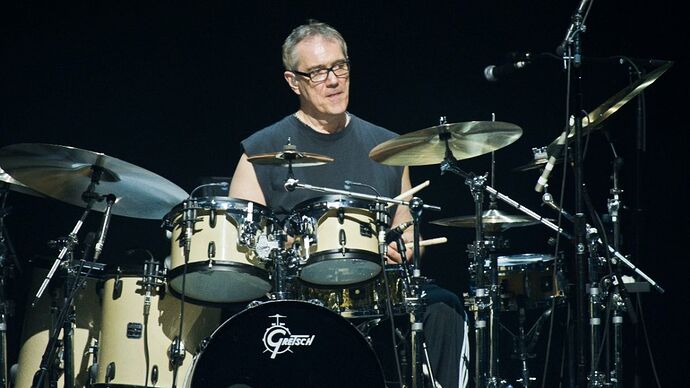 “Even Frank threw his baton!” The guitar virtuoso tells a tale of Vinnie's focus…and sushi

“So this beat is coming along and he plays one bar, 17/3. He gets a mental picture of it, and starts to turn the page. As he turns the page, his other limbs start reading what was on the previous page and right before he ended up finishing reading what was on the second page…he picked up the sushi and ate it in the middle of turning the page [while adjusting his glasses!]. And he didn’t miss a beat! Even Frank threw his baton!”

This guy shows up in my YouTube Shorts feed a lot, and he definitely has talent, though he seems a bit too “I’m better than you are” for my tastes. And in any case, I usually find the talents of jazz drummers like Larnell Lewis more impressive. Fast metal drums are cool, but I’m more into polyrhythms and improvisation. And subtlety.