Watch this giant squid latch onto a guy's paddleboard

I’m curious if this is really a giant squid (which is a specific species) or just a big squid that someone is calling giant. My understanding is that giant squid specimens, especially live ones, are exceedingly rare. Are any boingers out there squid experts who can tell from the video?

the beast is shown ejaculating spermatophores

I can’t answer that. More of an enthusiast than an expert. I feel sad for the little guy, but after being mortally wounded in underwater combat he gets in one last tentacle flail and then jizzes all over the beach. Metal as fuck.

I’m confused. Maybe this guy knows something about squid that I don’t. But they are voracious predators the size of a man. Toothed suckers and a beak that can take a horrific bite out you.

Why is he getting in the water with it?

I preemptively respond “fuck that”

Come to think of it, this reminds me of a really wise comment I saw on hear recently…

The ocean is trying to kill us all, all the time, everywhere.

But they did it all for “science.” From Atlas Obscura: http://www.atlasobscura.com/articles/giant-squid-paddleboard-tentacles-injured

Taylor and his friends took the squid back to the shore, killed it, and contacted the local aquarium to come check out the specimen. The aquarium proved unavailable, so he said that he “dissected” it and sent pictures and videos of the find, from which a researcher was able to identify it as an actual giant squid (genus Architeuthis).

[quote=“Rusty_Blazenhoff, post:1, topic:103610”]At the end of the video, the beast is shown ejaculating spermatophores, packets of sperm and protein, leading some to believe it died during “violent sex.”[/quote]That kind of wording will get you research grants, ayup.

“Excuse me, sir. Do you have time to talk about Cthulhu, our lord and tormentor?”

Ya know what my board is missing? More shark bait, that’s what it needs, more shark bait. Here, let me strap a huge squid to my board.

This occurred just outside of Cape Town, South Africa. Not West Africa.

I suspect that “floating at the surface” implies “dying” because I was of the impression that they spent their time in deeper waters.

If it is a giant squid it probably isn’t fully mature. 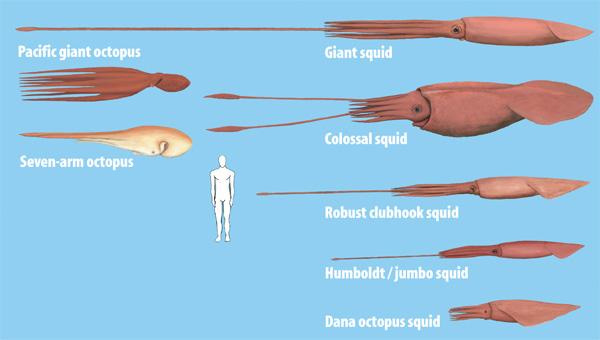 Squid is great shark bait. Really just bait period. Just about everything will bite on Squid, and it doesn’t fall off the hook like shrimp.

it was missing legs?

Maybe that’s where all the shoes are coming from on BC beaches?

Here’s the sick squid I owe you.

I hate to be that guy, but it looks like some guys found a hurt animal and waited for it to do something funny.