Watch this ultrasonic obliterator do its thing in super slow-mo

I don’t care what names he tells us this bit of lab equipment is known by - it’s a frickin’ Sonic Screwdriver!!

PS I now want one of these to make my salad dressings with. And maybe as an alternative wood drill!

Hmmm - they’re not cheap, of course.

Years and years ago, I got a sonicator in a lot of surplus. A friend and I turned it on in the warehouse and it didn’t seem to do anything, then suddenly both of us felt like a steel spike had entered the backs of our brains. We pawed at it to turn it off and after finally succeeding, found the power level was on 2 - of 10. I gave it to another friend and tried not to think of the pain again. I’m surprised the slomo guy didn’t notice or mention it - or maybe his was lower power or never run long enough to spike his brain. It did take a little while of operation to achieve brain spike.

These are also very useful for separating alien symbiots from disgruntled journalists.

My first thought was cocktails.
For $1200 I could see a hiptster cocktail lounge using one of these to homogenize ingredients.

I suppose the sound it makes might make it undesirable to have in a pub or lounge.

Designing the surgical version of these (like when he was cutting the apple) has been my career for the last 25 years. 20+ patents in the US alone. Used in at least 5 million surgeries each year. Sonicators are a simplified version. If you have questions, I’ve got the answers.

Some fun facts not mentioned in the video.

Ever flex a piece of metal until it breaks? These do something similar, but much higher forces. I estimate 30,000 psi 30,000 times a second for these. I usually aim for double. But the don’t break. Using the right alloy and some other tricks, I’ve cycled stuff at 50,000 psi 40 billion times. Without breaking.

Nevermind the flying car, i want my sonic shower! 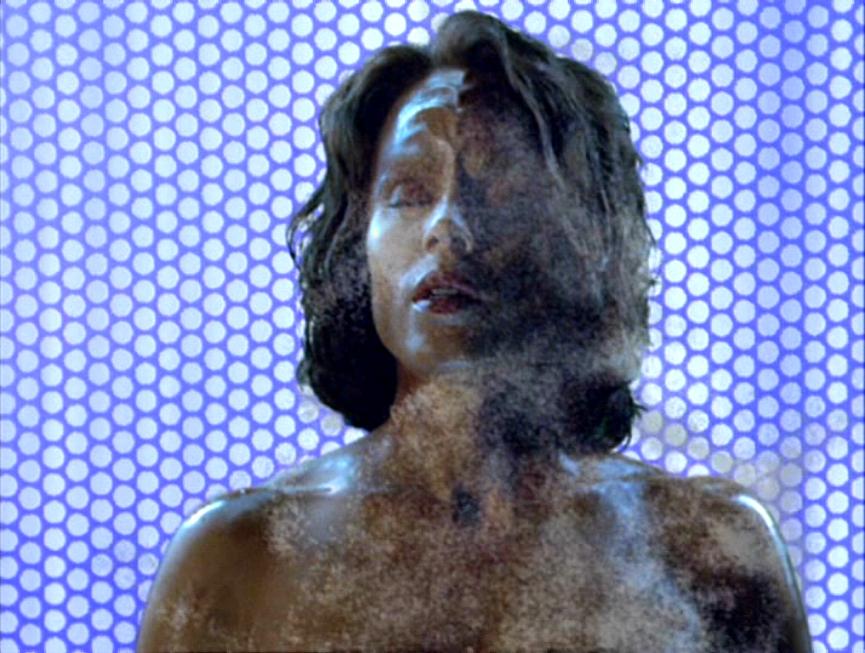 The sonic shower was a technology that used sonic pulse vibrations to remove dirt and grime, contaminants and possibly dead skin from a humanoid body. Sonic showers were described as relaxing. High-pitched sonic showers serve a similar effect as to...

My first thought was cocktails.

Has this ever been exploited in the sex toy industry?