Watch this unbelievable shot at the indoor bowls championships

And you still watched it.

Some great shots here. I occasionally end up watching the bowls on a quiet afternoon and it’s strangely compelling.

It’s also fun to try and spot someone in the crowd under the age of 75.

Some great shots here. I occasionally end up watching the bowls on a quiet afternoon and it’s strangely compelling.

Where do you watch? I am a fan of watching diverse sports, but in the US it’s hard to find quirky ones.

I’m in the UK so it’s on the BBC. But according to the video it looks like worldbowlstour.tv may show it, whenever it returns.

(I’m not sure I’d call bowls quirky though)

I’m going to need a lot more than “the first 3 minutes of the video” for context as to what on god’s green earth these men are doing, but I’m here for it nonetheless. A sport where men in silky pajamas roll a ball in slow motion, stumbling forward as pushed by a gentle breeze of memory after every roll in a brightly lit basement is the youtube I didn’t know I needed.

So, it’s like curling on carpet. How is this not an Olympic sport??

MFW I realize I’ve just rolled the best bowl I will ever roll, and it’s all downhill from here.

Then MFW reflecting on the significance of the hill I’ve spent long hours (minutes, days, years?) of my one life climbing. What other things might have piqued my joy and satisfaction more than rolling bowls? Surely none.

How is this not an Olympic sport??

All of a sudden with curling we had an Olympic sport with beer swilling 52-year old chain smokers flicking cigarette butts on the ice. Then after the 1998 games the curlers figured they would get all trim and fit and trained… We need another sport not automatically dominated by the young and unlikely-to-break-a-hip… but I would have thought the grass variant a better candidate so the atheletes can actually yell “get off my lawn, kid”.

You got the order of events flipped there, a bit, though I appreciate the sentiment. Pat Ryan really revolutionized the activity in the late 1970s by… you know… actually trying to be good at it. My mom was his biggest fan, but there was a lot of controversy at the time about how he was “rude” and “not nice”. Looking back on it, though, the stuff he did looks a like like treating curling as a competitive sport instead of a beer drinking pastime. All of sudden people all started taking it seriously, a sport was born, and then 20 years later the Olympics noticed.

It’s also fun to try and spot someone in the crowd under the age of 75.

Wow, I see what you mean. The audience shots are older, whiter and more homogeneous than spoiled milk! 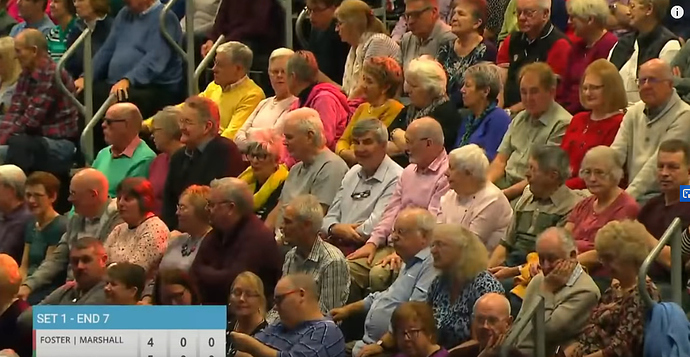 I never knew using balls that aren’t round, so it’s easier to control the curve, and that settle on the flat spots were a thing, much less the standard for the high-level competition.

How is this not an Olympic sport

It is a Commonwealth Games sport. 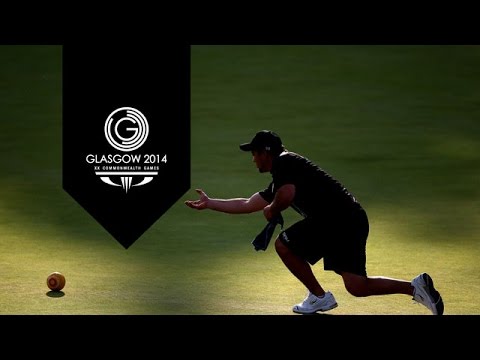 How is this not an Olympic sport??

How is this not a Nick Frost Simon Pegg movie?

Although their patterns do indicate two-dimensional thinking.

In the 80s we had ESPN for those sports lesser known in the States, but they went pro. Now it’s YT.

I’m just surprised they found an audience for it in Paris, when the French play pétanque instead. (I’ve been known to watch a match of pétanque or two on tv late at night when I can’t sleep!)

Not Pegg/Frost, but still a hugely fun movie. 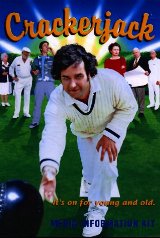 Crackerjack is a 2002 Australian comedy film starring Mick Molloy, Bill Hunter, Frank Wilson, Monica Maughan, Samuel Johnson, Lois Ramsay, Bob Hornery, Judith Lucy, John Clarke and Denis Moore. Jack Simpson is a wisecracking, directionless layabout who works at an inner city telemarketing firm. For years he has been a member at the Cityside Lawn Bowls Club (in fact he has three memberships). But he has never played a single game, having only joined to get the free parking spaces from which he... 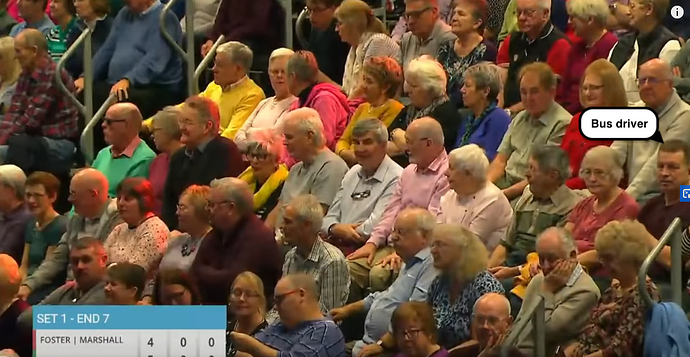 As brilliant as the shot was, first thing that came to my mind was (replace “golf” with “bowls”): 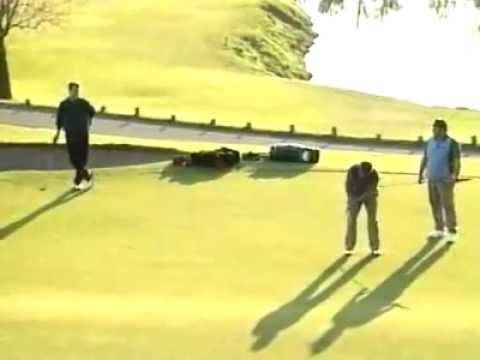