The commercial poitín I’ve had is lovely. No matter the type of spirit, I’ve always found the pot-stilled versions to have the most character. I don’t know if that’s because of the craft/small batch production or if it’s inherent to the still (I’ve heard it’s because of the still).

The owner of a pretty well-known brewery and distillery that I knew (he passed away a few years ago) got his start as a kid running (well, bicycling) butter and poteen over the border between the Republic and Northern Ireland. He was nutty as the day is long, but an all-around great guy. He always said that poteen was better than any bourbon he ever made. 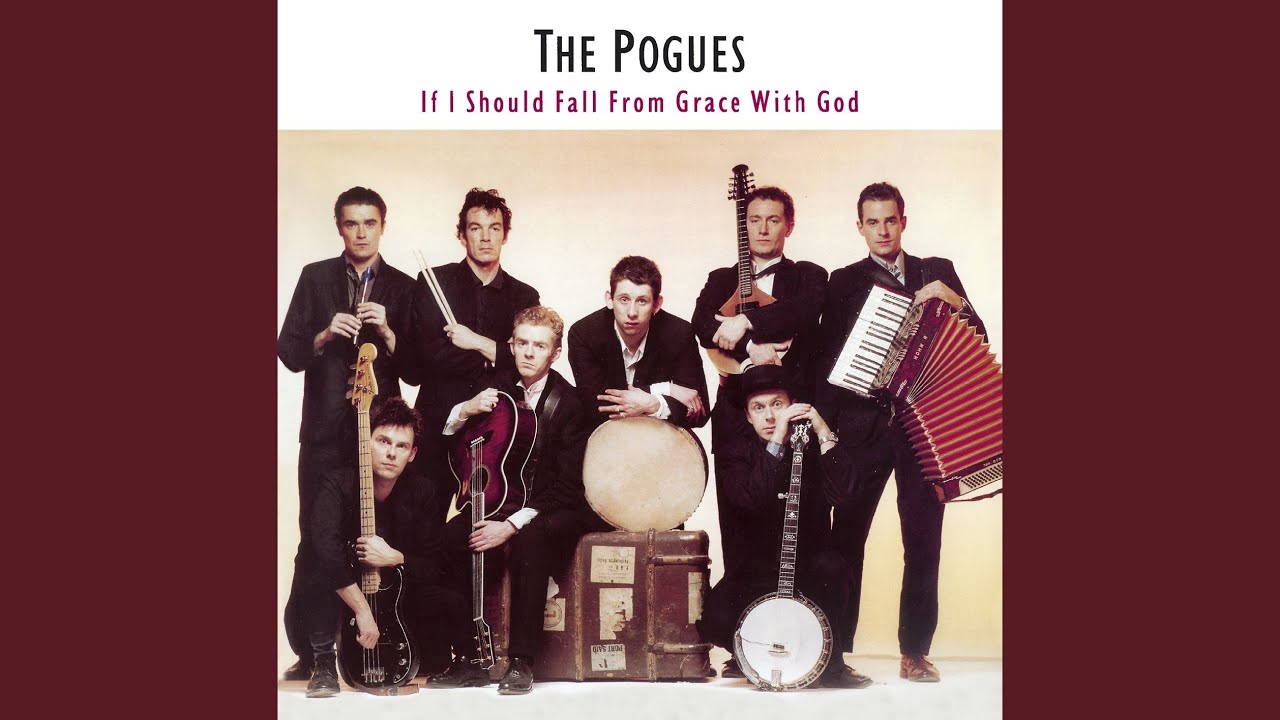 un-aged liquor made from wheat and rye, boiled in a pot still.

If your angle on this is the song.

Most often it’s made of potatoes. Usually barley if it’s a grain.

My uncle’s friend used to run Poitín off in a boat circling Dungarvan harbor, my grandfather used to reseal it in Tullamore Dew crock bottles or package it in holy water flasks from a saint’s well in Offaly to get it back to the US. Since the crocks back in the day were only sealed with wax, it was easy to make those crock bottles look just like any other commercial product. And customs apparently had a point of not checking marked holy water bottles or ritual items back in the day.

Oh, that got me out’a my seat and hopping around!

There’s this one, too: 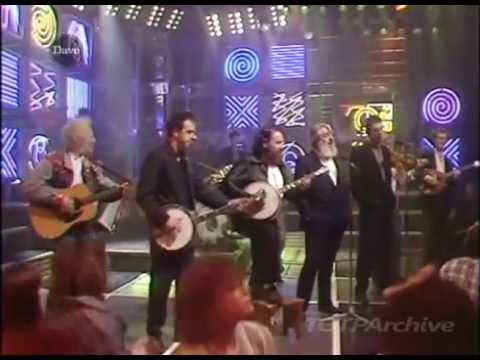 On the same album.

It’s the type of still. There’s nothing inherently craft or small batch about pot still use, some of the largest distilleries in the world function on pot stills. This picture from the googles is from Middleton in Cork. Ireland’s largest distillery, one of the worlds biggest, owned by Pernod Ricard. Pretty much the opposite of craft. 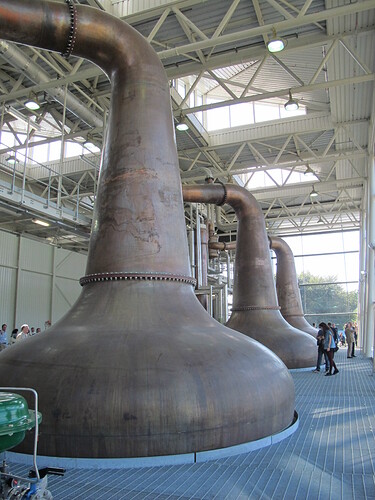 Middleton apparently has both the largest operating pot still in the world, and though they currently don’t use it the largest one ever built. Originally from Jameson’s. The ones in the photo are the smaller ones.

It’s the action of the still and the process involved in using it. Pot stills are less efficient than the other main production still, column stills. They concentrate spirit less on each pass, and can’t concentrate it as much. Basically a single run through the still pulls off less alcohol, and more other stuff. And it takes more runs through a pot still to hit a given ABV.

Column stills are chiefly used for production of neutral spirits of various kinds. Whether that be vodka, rum or neutral grain spirit for blending, making gin or what have. And because they produce more alcohol, for cheaper products.

But they are used for plenty else. Column stills are usual/default for Bourbon and American whiskeys. That’s partly because the big, bulk brands were so much of the market until about 20 years ago. But Armagnac is apparently made using a single pass through a column still, most quality rums, and they’re used quite a bit in Scotch production.

They were actually invented in Ireland about 200 years ago, and there’s a major difference between a big industrial still used to run off every single bulk vodka you’ve ever seen. And a simpler/less modern column used in whiskey production.

Part of the current focus on pot still production, or at least calling it out on labels comes from Irish Whiskey. Where the label “pure pot still”, currently “single pot still” indicates a whiskey from a single distillery, with no column distilled grain whiskey used for blending. Equivalent to “Single Malt” for Scotch Whisky, but the Irish labelling doesn’t allow for column stills.

What an amazing photo - thank you for the photo and the explanation.

Oh nice, the Dear Wife and I love to dance to that one. Thank you, and have yourself a fine evening.

Interesting choice of words for a story about homemade whiskey

If your angle on this is the song.

I’ve recently been introduced to the term “angels share” which I believe means the share of alcohol in the distillery environment that you can get drunk on… just walking around and breathing! Poetic.

I guess my angle on the ‘angel share’ is wondering/wandering around the idea if this is Irish, Scottish or indeed French, as I’ve heard that this is also used in Cognac distilleries?

This was a project in London. Interesting idea but dressed up in horrid gimmickry.

It is the portion of the whiskey lost during aging.

Mostly soaked into the barrel, some portion evaporated.

The longer you age a spirit the less final product you get out at the end. The difference is the angel’s share.

The Angel’s share is also the cause of black fungus on the buildings in the area of the distillery.

It is the portion of the whiskey lost during aging.

Mostly soaked into the barrel, some portion evaporated.

The longer you age a spirit the less final product you get out at the end. The difference is the angel’s share.

I was at the Heaven Hill Distillery working on a project with their QAQC people and they were rolling some very well-aged barrels out to bottle. One came out and the guy pulled the bung and the barrel was empty. “Yeah, happens sometimes.” Imagine that----25 years of aging and you’ve got nothing to show at the end. Usually that’s a temperature issue in the aging.

ETA: Here’s a handy chart on how much gets lost over time in a standard barrel: 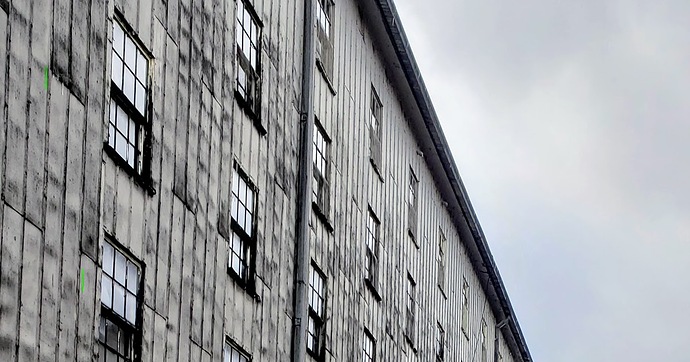 How Much Bourbon Evaporates Over Time?

One of the neat things about how bourbon works is that it's a very time intensive process. Once the bourbon is made, the liquid is poured in a wood barrel where it sits for years or even decades. One of the challenges is that over time, like the vast...

Usually that’s a temperature issue in the aging.

Or an issue with the barrel. If it isn’t sealed well enough more spirit evaporates.

This is one of the major reasons aged spirit is more expensive. It’s not just time and space for barrels. But the actual yield reduction that comes with the process.

It’s also one reason why you can’t just “age faster” using the various tactics people have come up with. Smaller barrels, pressure control systems with oak staves or chunks etc. There’s oxidation going on which has a significant effect on flavor. And evaporation means concentration of all the things that aren’t alcohol and water.

Or an issue with the barrel. If it isn’t sealed well enough more spirit evaporates.

True. That aging calculation doesn’t even show the full extent of it, as you probably know. Distillation is a consuming process–about 100 gallons of liquid produces about 10 gallons of liquid, which if aged for 25 years ends up at 4-5 gallons. Then there are all the taxes.

It’s also one reason why you can’t just “age faster” using the various tactics people have come up with. Smaller barrels, pressure control systems with oak staves or chunks etc.

Plus, smaller barrels have a much great surface area to volume, so the oak flavor gets concentrated much more quickly.