“…Getting stoned on their drugs…”

“…And grooving on their music”

I am picturing the line, “They have just issued a warning to stay away from the brown acid” in Cronkite’s voice.

And that’s the way it is.

To celebrate Richie Havens, the music legend best remembered for opening Woodstock in 1969, we present this Classic MAD poem by Frank Jacobs and Sergio Aragonés.

i was expecting the square Pointdexter at the end to be all about harshing on the mellow scene, but man, he was groovy.

The man was a badass during WWII, reporting from two of the most dangerous duties for allied forces, Bomber crews and airborne assault troops.
"…he was one of eight journalists selected by the United States Army Air Forces to fly bombing raids over Germany in a B-17 Flying Fortress part of group called the Writing 69th, and during a mission fired a machine gun at a German fighter. He also landed in a glider with the 101st Airborne in Operation Market Garden and covered the Battle of the Bulge. After the war, he covered the Nuremberg trials …

He continued to be a force for good 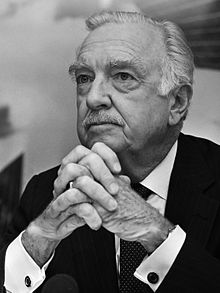 Cronkite wrote a syndicated opinion column for King Features Syndicate. In 2005 and 2006, he contributed to The Huffington Post. Cronkite was the honorary chairman of The Interfaith Alliance. In 2006, he presented the Walter Cronkite Faith and Freedom Award to actor and activist George Clooney on behalf of his organization at its annual dinner in New York. Cronkite was a vocal advocate for free airtime for political candidates. He worked with the Alliance for Better Campaigns and Common Cause, f...

“Even as with the American rejection of the League of Nations, our failure to live up to our obligations to the United Nations is led by a handful of willful senators who choose to pursue their narrow, selfish political objectives at the cost of our nation’s conscience. They pander to and are supported by the Christian Coalition and the rest of the religious right wing. Their leader, Pat Robertson, has written that we should have a world government but only when the messiah arrives. Any attempt to achieve world order before that time must be the work of the Devil! Well join me… I’m glad to sit here at the right hand of Satan…”

Dam Hippies! Get off my lawn!

i’m not rappin’ about Cronkite, man – but the nerd who gives the commentary at the end, you dig?

He was before my time, but I still have a weird nostalgia for him due to Apollo clips and Daniel Pinkwater books.

I’m glad they left the advertising in.

Now that women have a diet good-tasting enough to stay on,
The men are reacting…
They’re leaving for the office later…
They’re coming home from the office earlier…
Some are showing up for lunch…
Others have even given up Tuesday Night bowling…
Slender from Carnation, 225 good-tasting calories, mixed with milk.
Good work, girls…

Can anyone even? I can’t.

John Laurence comment in the second half is just beautiful, I had no idea…

“…Getting stoned on their drugs…”

“…And grooving on their music”

The local classic rock station was using this soundclip over the last weekend quite a bit as they did a Woodstock anniversary thing.

What’s up with the black and white? I seem to recall that television shows made the switch en masse from broadcasting in B&W to color in 1965. Maybe this was a recording that was displayed on a B&W TV set.