Originally published at: Watch Zoe from Sesame Street tell James Gandolfini that he never had the makings of a varsity athlete | Boing Boing

I’m re-watching the series for what must be the 5th or 6th time. It’s still incredible.

An unaired outtake of this scene shows a Gandolfini “improvisation.” When Zoe attempts to hug him, he takes offense at Zoe’s implication that he “is weak”: he impulsively grabs Zoe and snaps its neck. Then, his rage subsiding, he looks blankly at the camera with Zoe’s lifeless muppet body in his arms, as the Director yells “Cut! Cut! What did you do? You monster! What did you do??! Zoe–!” and the video stops abruptly.

I’m re-watching the series for what must be the 5th or 6th time. It’s still incredible.

Yeah, although orange Oscar and first Gordon take some getting used to.

Jonathan Harris wasn’t scary at all in LOS OS episode where he was turned into a giant stalk of celery. Did a great job, too. Celery. Broccoli. You name it. 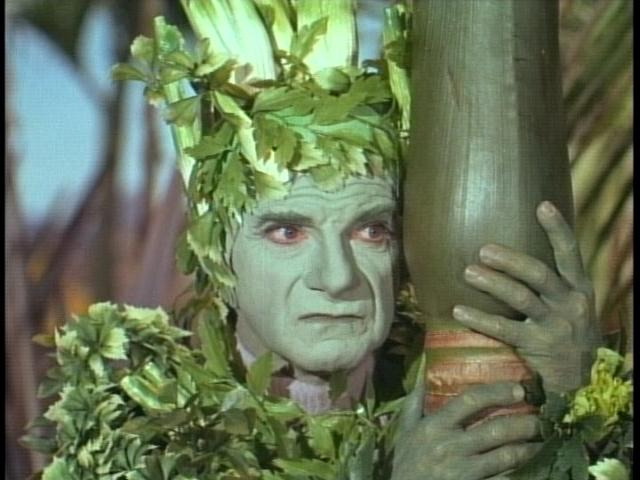 Apparently, Harris’ self-importance carried on into the fan conventions, where Harris demanded (and got) special treatment and greater compensation, again to the “main” characters chagrin.

The LOS producers were well aware of a couple of things that could and did resonate with fans. One, was the tongue-in-cheek silliness success of Batman – something they injected into the last season here and there – and the fan’s early reaction to the Will/Smith relationship which they capitalized on. They saw LOS as a “boy’s” show, something that pushed Penny to the sideline, even though Mr. Nobody was a very popular episode. Back to Harris’ giant celery: When I first saw that as a little kid, I hated it (and the final season’s shark-jumping antics). I recently rewatched it, and (this is going to sound silly) I have to say I was impressed with Harris’ commitment to his role as a celery. He was way into it and looked to be channeling… something from his experience as a theater actor. I’m fairly certain that (as with his lines in other episodes) he wrote the lines spouted by his character’s almost spiritual observations. Apparently, he was reciting something from an obscure classical (?) poem that he had likely grown up with. I have no idea how he felt about the celery character, but he certainly gave it his all.

I’m surprised they didn’t bring in Oscar the Grouch to make a “Waste Management Consultant” joke.

There was that other Sopranos-adjacent bit though: 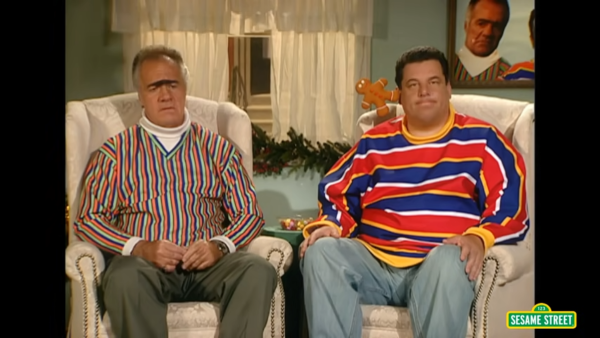 That time Tony Sirico played Bert on 'Sesame Street,' unibrow and all | Boing...