Weird Al's latest is a Hamildrop: Listen to 'The Hamilton Polka'

This is everything. We are indeed lucky to be alive right now.

My day is complete.

In most aspects of my life, I’m a fairly well adjusted 40-something adult. When a new Weird Al Song comes out, that all goes out the window and I’m a 10 year old goof once again. Like his other polka medleys, the Hamilton Polka is both fun and clever! 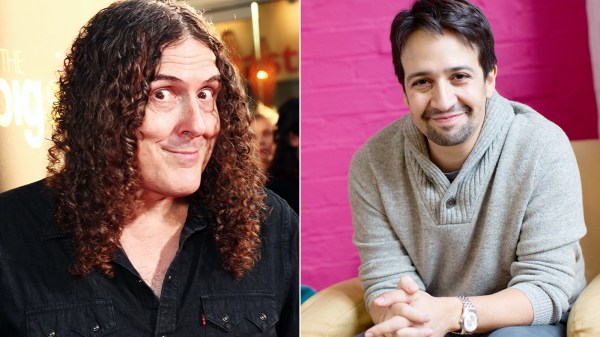 The duo discuss Yankovic’s wild new medley, how they became close friends and hanging with Larry David on the set of ‘Curb Your Enthusiasm’

These two, I swear. Lin especially is such a precious cinnamon roll.

Both these guys are a national treasure.

How anybody can NOT enjoy Weird Al is beyond me. Than man is a treasure of mankind.

Obviously not ALL of it, seeing as I’m not sobbing.

I finally understand Rap! I knew if I kept trying, I’d get it one day.

Here’s Jimmy Fallon and Lin-Manuel Miranda reacting to their first listen of the completed piece:

this is, quite literally, my first exposure to any of the music from “Hamilton”. now I really need to find a way to experience it.

Weird Al is possibly one of the greatest musical geniuses of the past century.

this is, quite literally, my first exposure to any of the music from “Hamilton”. now I really need to find a way to experience it.

I haven’t found that way yet, I would like to see it too but am not going to fly to another continent for a show… However, if you haven’t seen anything yet, you are in for a treat.

In 2009 he performed in the white house, seemingly out of nowhere, this scruffy guy brings all this passion, amazing:

Lin-Manuel Miranda videoed the last original cast performance, and has promised a DVD of same. That’s what I’m waiting on, because ticket prices are just insane – if you can get them at all. Plus I do have the soundtrack, which I listen to on a loop every so often just to drive my husband crazy. (He says, ‘not really. it’s not so bad.’)

I wait until after I see a musical to listen to the soundtrack, and after that it’s on repeat … errr … non-stop for months. So from August through December of last year it was “Hamilton” on a daily basis. Then I finally got it out of my system … or so I thought. Thanks a lot, Weird Al! (meant in all sincerity)

Listening to the soundtrack gives you more or less the entire story, so that’s a great way to access it. Doing it in order works great, but when I need to convince someone I find “Satisfied” as a single song really shows off a lot.

I went to the London production a few weeks ago and loved it. I believe the ticket prices are such that flying to the UK from the USA may be cost effective, which is ridiculous.

I just have to say that if you’re a Weird Al fan, and you have the opportunity to do so, don’t miss his current tour. It’s just him and his band – no video screens, no special effects, no gymnastics, no costume changes, and NO PARODY SONGS. It’s him doing his originals and super deep cuts: Biggest Ball of Twine in Minnesota, Albuquerque, Buy Me a Condo, Mr Frump in His Iron Lung, etc. I saw him last night and he was having a total blast. Plus Emo Philips is the opening act, so for me it was a no brainer.