What can we do about ethics in psych journalism?

They can be good on some other topics, but they can be terrible on autism-related and probably other psych and neurodiversity-related issues.

This little piece drives me up the wall… 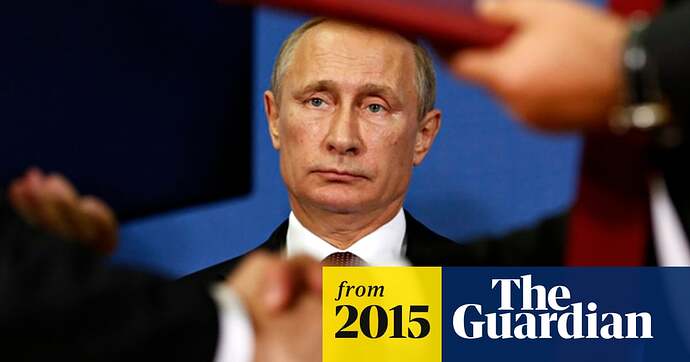 They ought to consider whether their publication contributes to prejudice, discrimination, and violence, because this will.

They ought to consider whether their publication contributes to prejudice, discrimination, and violence, because this will.

How do you suppose this article contributes to those things?

I agree that it isn’t very newsworthy. It should hardly be surprising that intelligence agencies, military and political strategists, and others do armchair analysis of some people to compile personality profiles.

‘The objective of the exercise, Porges said, was simply to improve diplomacy with Putin, who he said has “difficulty basically feeling calm in complex social settings”, like many large diplomatic functions.’

This made me chuckle a touch. Not feeling calm as the leader of a superpower with serious, systemic issues, during complex social settings? That is the most humanizing thing I have ever heard about Putin.

I believe you can edit the title. If you can not, what would you like it to read?

I’m not sure that we can blame the Guardian for this one:

Apparently the DoD has some dance enthusiast on staff, with a specialty in ‘movement patterns analysis’(presumably one of the few flavors of bullshit psychometrics even worse than ‘graphology’), who has used her incredible nonsense powers(and a curiously picked team: a cardiothoracic surgeon to diagnose autism based on video footage? What could be more logical!) to determine that Putin was neurologically damaged as an infant. Also, he moves(and thus thinks, obviously!) like a reptile.

And. She. Is. Still. Employed.

How could you report on something that insane, except by backing away cautiously and scribbling down a few quotes through a numbing pall of inchoate shock? Team Pentagon is using a motley bunch of quacks to conduct an analysis so absurd that it makes ear candling look like serious science, on the leader of their #1 thermonuclear frenemy?

There is definitely something totally fucked up about this story; but I don’t think that the Guardian added it.

I guess I can. I don’t know them better title, and I don’t see some of the things that are supposed to show up on the screen, because I set my own preferred font and size, because I am sick of eyestrain aggravating my headaches.

By hosting comments so that people can make nasty jokes at the expense of autistic people.

By hosting comments so that people can make nasty jokes at the expense of autistic people.

The fact that the Pentagon spents money on this tripe is news. Quoting is not the same as “repeating” and the tone of the article is not uncritical. If an article about this story didn’t quote her, while that quote was readily available or a response to a direct question, that would be irresponsible journalism. There’s an argument to be made that the tone is not sufficiently critical, but I feel the facts speak for themselves, and a well written article shouldn’t necessarily put it to the reader that something is a bad idea, certainly not something meant to be written as a reasonably objective article. It’s a news story, not a tract on Asperger’s.

There are plenty if things to observe about Putin, this wasn’t one of them.

I guess the issue I had was the conclusion, after only one read, didn’t sound like it was critically challenged. Even though the entire premise is suspect from the beginning.

Also, given that autism carries a fairly heavy stigma the tone of the linked article is… Aggravating. That doesn’t mean it is unfair. Just aggravating.

This topic was automatically closed after 743 days. New replies are no longer allowed.