What does H.P. Lovecraft's comeback say about us?

Yeah, it sounds bright, but actually it’s true for ANY fear.

It fits for any writer who has ever written something for the horror genre if you think about it.

Lovecraftian horror is terror in the face of the fantastic. A big fish-man worshipping a giant idol on an island - weird, yes, but only terrifying if you’re afraid of something because it is weird and different. The big, tentacled eggplants of Mountains of Madness, as described, are interesting, and not really all that threatening, on their own.

I respectfully disagree. It isn’t about the “weird and different”, it is more about the “faceless and uncaring”. Lovecraftian beasties represent uncaring, inhuman forces. We suffer and die at the hands of something that has no malice, which is worse than suffering for a reason. In a sense, Lovecraft is writing existential horror.

You aren’t supposed to be scared of fishmen and flying eggplants, but the fact that under all of this are vast, ancient, unknowable forces that don’t care about us, but effect us all the same. It is the fear of the inhuman cause, not any particular manifestation of it.

Further, with the Innsmouth example, we can see the manifestations of the horror, but as we go down things get more and more incomprehensible, more inhuman. Worse, more almost-human, we can draw analogies with the cosmic horror, but it doesn’t diminish the innate incomprehensibility, the hostility without malice. It is like a faceless conspiracy without intent, each layer hints at a deeper layer, and the further down you go the more inhuman it gets.

Which is why I think you can’t ignore the racism in his work - it’s baked in. It’s fear of the Other writ large (or, cyclopean if you prefer).

Yes, but it also is baked into most of the history of letters. If not racism, misogyny, or antisemitism, or European cultural elitism, or nationalism, or… It isn’t the central theme of Lovecraft, though. Lovecraft isn’t writing racism, he just has racism in his writing. Neither are excusable, but with the latter you can separate the causes and enjoy the work in spite of the author. Lovecraft is more like Tolkien in this regard, LoTR has racism and sexism a-plenty, but you can dig past it.

Are we reading the same Oscar Wilde?

I was thinking only of The Picture of Dorian Gray, actually.

Wilde isn’t generally a horror writer, but I would consider that novel in the genre. I included it because it fits the quote very well. However, it’s also really good.

Lovecraft’s current popularity is because of gaming.

His individual stories are disposable, but their appeal lies in the worldbuilding aspect. Lovecraftian mythos is ideally suited for role playing games, video games, and other forms of interactive media where you explore the setting. Plus all of his descriptions are vague, which leaves lots of opportunity for fan art, fan fiction, cosplay, and all kinds of derivative works.

The reason his stories aren’t scary is because it’s 2015 and there is no such thing as a scary novel unless you’re 8 years old. When HPL was writing, you could still show someone footage of an oncoming train and they’d try to dive out of the way.

But he’s still cool! Frog people running around under the streets of Boston are cool, and there’s nothing you nay-Sayers can do about it. Lost cities (which are also giant wind instruments) built by ancient sea-cucumbers in Antarctica are cool! You can try to get me to not like it by telling me that the frogs actually represent Jews, or whatever, but I’m not going to fall for it!

8 year old me was reading him, and I have to say I wasn’t so much scared as I was fascinated. I used to draw pictures of the various monsters, so my old books were full of little sketches on paper I’d stick in as bookmarks.

I do agree that gaming is a good thing to bring up. Games did, indeed, use a lot of his work as inspiration creating a familiarity with it that is kind of separate.

So yeah, I get your point.

And yeah, you’re right about him leaving a lot of room for you to fill in the blanks. I didn’t think about that until you said that and it made me remember how much I enjoyed trying to draw his beings.

I love Lovecraftian horror, that slow moving but certain muggy desperation and it has given me something to hang my experience on growing up in the 70s and 80s near a decommissioning nuclear tipped ABM site(we knew we were a nuke target) and a traumatized grandmother going on and on about the family we lost(Jewish) in the war and how in every generation this was not an unexpected thing going back thousands of years.
In high school and college I escaped through survivalist fantasy until I got married and had kids, I realized that perhaps we should actually try to solve the big problems.
I actually love that (dead)Lovecraft was or at least wrote as a racist and antisemite as it jives with that damp foggy indifferent dread I like to feel when reading his stuff and the genera. Not so unlike the slow moving genocidal horror novel The Turner Diaries, a horror which works unintentionally both for Aryans and Jews/minorities, or the more fun but sometimes creepy Charles Stross who is not afraid to let the nuclear holocaust or an Old One off the leash.
(Edit)BTW Stross not a racist, but he has access to a bit of the old fears of madness and utter loss.
(edit2)I should mention that most Jewish grandmothers, including all of my known holocaust survivors, were not Lovecraftian fear story factories, my bubbie was just off her rocker.

You’ve actually read this? I’ve been curious about this novel for a while, due to its role in Oklahoma city bombing and other white power violence… Is it worth seeking out, for that aspect?

When folks go back to the source ideas and pull from that, some genuinely creepy stuff can come out of it.

Charles Stross’s A Colder War was my first contact with Lovecraft, which means that pretty much all Lovecraft has been disappointing.

Did anyone else read that Eutopia book Cory blogged about a while back?

If read for its horror value the creep factor is high, it moves slowly but it is a Voyeuristic peek into a festering mind of hate, especially a genocidal hate who would wipe out everything I know in the world. The mediocre writing actually feels in character for the diary of an electrical engineer bent on genocide.
AFAIK it is in the public domain so you can DL it to read and give no $ to hate.

I might have to give a read at some point, then (I imagine I can ILL it from my Uni library). It might actually be an interesting book to assign in a history class, pairing it with some anti-racist work from the same time, maybe Octavia Butler’s Kindred.

How’s this for a pithy remark, from a recent article about the similarities between Lovecraft and Ford Madox Ford:

Not many talk about sentence structure as a conscious choice in his writing, but it was. He admired the way Poe built an aural cadence which would pull the reader in an sort of roll them along in a “lyrical phantasy [of] almost narcotic in essence—an opium pageant of dream in the language of dream” to quote Supernatural Horror in Literature.

Poe was no doubt an influence, but I think more indirectly through later Victorian Gothic and Decadent literature, such as the works of Machen, Blackwood, and Dunsany. Borges took this influence in (IMO) more cerebral directions, and I have wondered how lyrically his work might parse in his native language.

Another factor which might not be apparent to contemporary readers of Lovecraft is that his sentence craft tends to be deliberately affected, as he was trying to recreate what he thought were older vernaculars of English. Most of his straight-up horror stories were recollections which were supposed to be from the elderly, or long-lost diaries. His more fantasy-oriented work tended to be phrased in far less jarring ways, as I recall.

I wonder how that works.

It worked quite well for me! About two years ago I went on a Lovecraft binge, re-reading my three main Arkham House editions. I found very soon in that it was rhythmical, oratory, and entirely meant to be read (and often ranted) aloud. This decants the eccentricity and allows it to more fully manifest. My neighbors probably found it to be a weird week!

Have not read, but I’m going to say this, if Azathoth is really a metaphor for sex then Lovecraft was extremely freaky.

It is a title which even downloading feels like having a trunk filled with glass bottles, strips of cloth, and a can of gasoline, all legal but all very incriminating. Being naturally paranoid this probably added to the fearful thrill in reading this work of fiction.
Yet since about college age I can no longer stand to consume WW-II Holocaust focused media, it is just too much for me.

(edit)I had to be in a weird place to read Turner Diaries, but for me it was believable, like a belivable fear that we are nothing in an uncaring universe of greater predators and eaters, that what we suffer for is all for naught, or perhaps we are just a simulation running on some great machine until we are rebooted, or perhaps some horror we could not yet imagine described in a math we could never begin to compute in our limited dimensions.

When I was a child I loved his stories because I liked his use of bizarre words I had to look up. I had a pretty good vocabulary, and I could get my English teacher’s “new words” quota filled pretty quickly with just one night of reading.

I remember reading At the Mountains of Madness in middle school and thinking he liked to use 10 words when 2 would suffice. It was difficult to get through the story because there are just so. many. words.

@Boundegar The Color Out of Space is the one story of his that’s fully stuck with me in the 20+ years since first reading it.

No no no I don’t mean I wonder how well it works. I just wonder how one writes that way. I read The Playboy of the Western World once, and it’s so obvious that it has to be performed, not just read.

Lovecraft attempts a lot of the same, in that it’s meant to be read aloud, or with the sort of deliberate attention that’s no longer en vogue.

That’s a great point. It had never occurred to me that Lovecraft might have meant his work to be read aloud, but I’ve noticed that my delight at rereading his prose is maximized by doing so aloud (if softly to myself, in my best Michael Gambon accent). As repellent as his racism is, I love his writing for pretty much the same reason I absolutely adore this couch. 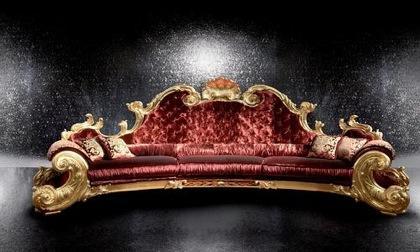 Yeah, I don’t like the “obviously Lovecraft was a bad writer” refrain. He was doing something with his writing that worked sometimes better than others, and that many people seem to not enjoy even when he was doing it well. But it strikes me a little like saying that obviously Picasso was a bad painter because he couldn’t paint a face right. He wasn’t trying to do what you think he was trying to do.

I can’t give nearly enough Likes to your post, Humbabella. Very well said all 'round.

OT, but I just thought I’d mention that Ms Butler went to high school across the street from my house. But then, so did Sirhan Sirhan. And David Lee Roth.