What happened to the profile info?

as @daneel said in the questions thread…
@codinghorror what gives with the lack of profile info? 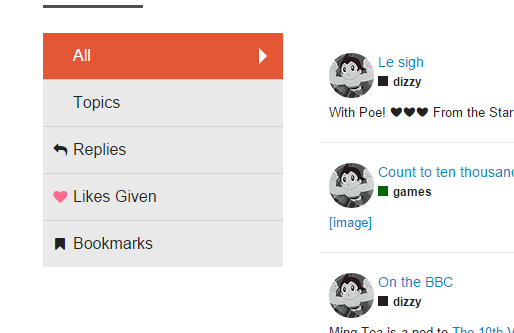 Never mind, I got it now, Up above Activity, Notifications, Messages, it is all “tabbed” I guess.

All the counts are gone, though.

Oh hey just noticed no counts… bah. And yeah it was nicer with it all on one page.

I made this change, all this counting was getting prohibitively expensive and making certain profile pages a multi second waiting experience to load.

Visiting PMs was ultra weird cause it highlighted something in a list that was 10 items down.

Keep in mind we do some super duper collapsing when you view your own profile, if you view someone else’s profile you will see it in all its glory.

Some counts I find interesting …

Others are just pointless …

To mitigate we plan to add a “Top” page that will show the interesting numbers and show your top posts and topics.

How many times you were mentioned ?!

How popular am I on this site?

Got me stumped. I don’t know of any way someone else can edit my own content. That is, unless I give them my username and password, so they can login as me, then edit my stuff as myself.

The system will edit images by making a local copy, but that’s all I am aware of.

Or @sam or another admin/moderator can edit stuff, or a regular can correct a typo in a topic title

How popular am I on this site?

We can make a badge for that

, I just don’t get why it matters that you were mentioned 327 times. Its not like you are competing and win the internet at 400.

Its not like you are competing and win the internet at 400.

No, you get your choice of astronaut ice cream or a coloring book at 400. To get a whole internet you need to save up to 23,000.

This doesn’t exist any more so far as I can see.

@sam would you consider putting the totals back in?

For replies, likes (received and given)…

Some counts I find interesting …

Its not like you are competing and win the internet at 400.

I do understand this strange moon-language you speak.

Yes, we are going to add a “top” tab that shows all your top content and also displays this kind of stats.

Beats the hell out of selling Grit. 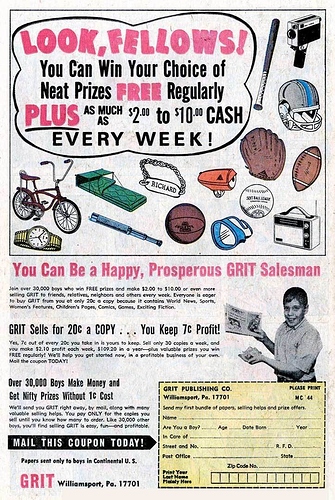 So funny story. I went through a period as a kid (like 10 years old ish?) where I sold Grit, or at least attempted to, in Bennetsville, South Carolina. Of course based on the ubiquitous comic ads. How hard could it be? But I was terrible at it and ashamed to admit it. Still, the Grit kept coming, so I hid it under my bed.

Finally I wrote them a letter that said I had broken both my legs in an unfortunate bicycle / car accident while selling Grit and wouldn’t be able to sell it any more.

They must have felt terrible because I got a signed get well soon and apology letter from some bigwigs at Grit HQ.

I was an awful child.

I till can’t find my comments liked by others.

tabbed at the top, click notifications, then likes received on the left. 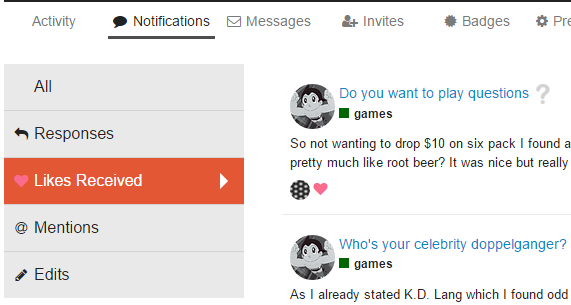 You’re my hero. Although I’m surprised at the Grit offices they didn’t get letters like that all the time.

“Carl, look at this. Another kid had a horrible accident and can’t sell Grit anymore. Good lord, this is the ninth one today. It’s like there’s some kind of epidemic or something.”

The idea behind the split

Could you at least swap them around, so the default is notifications?