What happens when you spill mercury all over your school bus

I say they just roll with it. 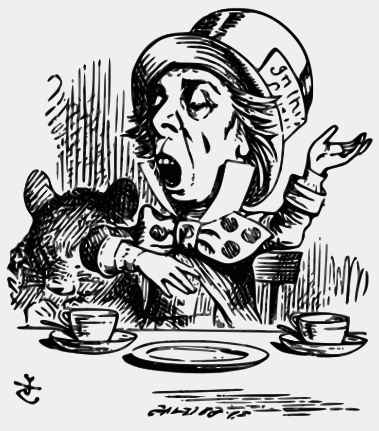 Thanks for reminding me why Tom Petty always seemed so familiar…

I recall those from the 70’s. They also sold a bottle of mercury separately to refill the maze.

I used to collect mercury from all sorts of stuff when I was a kid; watch batteries, thermometers, motion switches, etc - I was quite Hg mad, and am now likely mad as a hatter.

We used to nick it from the school science lab, so that’s probably a likely source in this case.

I had a manometer for balancing the 4 carburetors on my motorcyle. It came from the autoparts store with 2 fl oz of mercury. That’s about 1 pound.

I brought an old mercury thermometer to work to keep it away from the junior dudes at home, then I never got around to giving it to our hazmat guys. A while later I decided to use it because I felt sick. When I shook the mercury down, the end of the thing just flew off and mercury sprayed on the floor around my feet. Since the hazardous chemicals chemist is my cube neighbor, I hollered. I got to sit without moving my feet while commotion happened. I didn’t need any treatment, but I lost my shoes and socks, along with a big section of rug.

Mercury is very common in old scientific apparatus. A barometer has 29 inches of the stuff in a column, for example. One of my friends has a 6 foot tall column in a vacuum/pressure manometer.

The good news is that the mercury used in those applications has relatively low bioavailabilty, so as long as you weren’t snorting it or making tea you’re probably fine. I suspect the same is true of the spill in this bus, but mercury is so scary that it ends up being treated like it is radioactive no matter what form it is in.

To be honest, I’m kind of surprised the kid wasn’t charged with terrorism with a chemical weapon and sent to Gitmo.

Probably a white kid, so he didn’t have to worry about that.

I was more surprised that he was carrying it around in an old film canister. How many elementary school kids have even seen a film camera in this day and age?

Ah, now this is an explanation I can get behind; practical usage, easily ends up in a shed, and there’s a whole lot of mercury in one spot. You get rid of the motorcycle and the manometer, but years later you clean out the shed and find that pesky film canister of mercury you had lying around. Hey! Maybe the kids can play with it!

When I was in 7th grade, some friends and I decided to open a detective agency. (I know.) What it basically turned out to be was us in the basement playing around with chemistry sets and magnifying glasses and a small bottle of mercury we found thrown out in the school trash. We also had an old library serial number stamper, which was more fascinating than the mercury. To this day I wonder what damage we did to ourselves pushing that mercury around a table with our hands, and now that I’ve read more about it I wonder how contaminated the air in that basement was.

I have an older home and my bathtub tested positive for lead, so I was having a little google to figure out if this were dangerous as long as I didn’t drink the water. I ran across a discussion board where a man was talking about how as a kid he had a toy soldier making kit where they melted the lead and poured it into molds. Of course his fave toy! So I felt a lot better about the possibility of bathing in lead molecules.

Just removed five light switches from my house - ordinary wall switches. Each has a mercury switch inside, so they’re silent switches. Made by General Electric in the 1970’s.

Now I gotta take 'em to the haz waste dump, along with a dozen defunct compact florescent lights, and a very old thermostat that contains mercury.

When houses are torn down, the wood & scraps are often put into landfills as if they’re contaminated. I suspect this is from an assumption that the scraps contain lead paints, mercury, and pesticides.

Don’t they use mercury to get gold? Have read a lot about it in peruvian rainforest destruction:
How to get gold with mercury: Youtube

=) well I guess that explains the presence of mercury in your grandfather’s basement, perhaps.
Science leads to curiosity, curiosity leads to danger, but also awesomeness and discovery. =P I’m not good making these phrases and english but anyone in his/her right mind is willing to take the risk and do science. =D

On the bright side, they’re probably now all inoculated against syphilis.

Mercury tilt switches are also a source of reasonable quantities. Not all of them are small …

I sure hope you’ve seen this video.