Nooooo! Pommes Frites! Where will I get my poutine fix?

Did Ed Norton live there?

Hope everyone is ok.

There goes the neighborhood.

Snappy patter aside, here’s hoping for full recovery for all and generous reparations. Christ, life is hard.

People seriously underestimate the energy stored in a fuel-air mixture. A few kilograms of a light hydrocarbon can get you and a ton of a vehicle from coast to coast. Then we wonder that the same few kilograms evaporated or leaked into a confined area, whether a building or a process equipment, mixed with air, do so much damage when their chemical energy is released in an instant.

Right around the corner from my college, though I don’t hang out there any more.

When I was ten my dad’s diving torch exploded in my hands. I was very lucky. It had a lead acid battery inside and had been charged off the electrical system of our van. Electrolysis had created a hydrogen/oxygen mix. Starting the torch created a source of ignition. You don’t need the carbon, just the hydro.

How much damage? Shrapnels out and acid aerosol, or just cracked housing?

I had a small pill bottle explode on me in a similar way when I played with electrolysis as a kid. Wasn’t exactly dangerous, but was a rather startling loud POP.

Todo: make a bigger one, a HHO generator variant with membranes to have them separate. To allow varying the mix for oxidizing or reducing flame (or for protective atmospheres, e.g. for induction brazing in hydrogen)…

Years ago, my aunt and uncle had natural gas installed in their house.

The guy installing it didn’t check for leaks properly (from what I remember he tried to blow down the pipe and couldn’t, so he assumed it was okay) - turned out there was an open pipe that was blocked with some small debris which was blown out when they turned the gas on.

When they tried to light the gas fire for the first time the house blew up. Severe injuries for everyone, very lucky nobody got killed.

The torch was plastic sewer pipe, with clear plastic discs at each end, held together by three threaded rods running through the housing. I switched it on, pointed the lamp at my face to check that I had light, dropped my arm and heard this boom. Suddenly the housing was hanging from my wrist by its strap, flying around. My pants were covered with acid, there was a mess of red plastic at my feet (the former battery). The rear cover of the torch we found 20 metres away. The front cover and lamp we couldn’t find.

Didn’t this exact same thing happen 6 months ago? Oh wait, it happens once every year:

Here, on the Canadian East Coast, we get french-language news bestowed upon us by Radio-Canada in Montreal.

What really is local Montreal or Québec news is presented as national news to the rest of French Canada. For example: if a child is struck by a schoolbus in Saint-Hyacinthe or if a house burns down in Montreal leaving four people homeless, it’s usually the leading story on the national news feed from Montreal. There are dozens of examples of this.

However, if a house burns down in Moncton leaving four people homeless, I can guarantee that doesn’t get reported on *Le Téléjournal’*s Montreal newscast. Mind you, the record-breaking snowfall this year was reported - the photos were too good to pass up.

Anyway, I’m trying to figure out why/how this fire, a building burning in NYC, is nationally important (actually “important to the world” news). It’s astounding just how many news services around the world reported this event. Chauvinism?

One of my kid’s classmates lived in one of those buildings. She, her siblings and their single mom (who works in public service) have now lost all of their material possessions and have started a gofundme campaign. While there are an infinite number of people who could use your money, these are good people who will put it to good use: 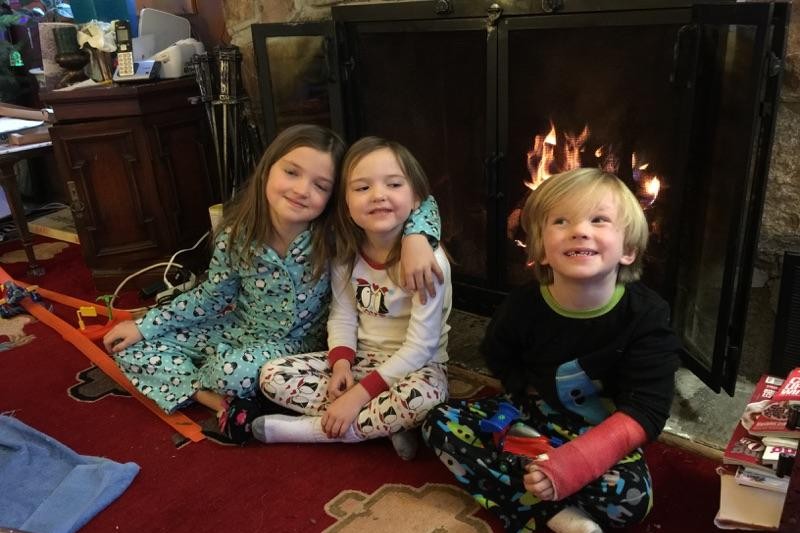 All it takes is one moment for your entire life to go up in flames. Literally. On March 26th at 3:17 PM, an explosion rang down 2nd Avenue. The building around the corner from my apartment - my home where I've lived for 36 years, since I was a...

Yet another fossil fuel disaster that will be ignored by the folks with batteries in their vehicles who are afraid of battery powered vehicles.

That was my old neighborhood. Does anyone know the names of the cross streets?

People seriously underestimate the energy stored in a fuel-air mixture. A few kilograms of a light hydrocarbon can get you and a ton of a vehicle from coast to coast. Then we wonder that the same few kilograms evaporated or leaked into a confined area, whether a building or a process equipment, mixed with air, do so much damage when their chemical energy is released in an instant.

I literally witnessed a demonstration of that two days ago. Every semester or so, the chemistry department at my university does a chemical magic show. Despite having seen the tricks a million times, I still love chemical magic. Like all good science propaganda, it was full of dramatic flames and explosions. The finale involved exploding hydrogen balloons. After setting a particularly large balloon full of hydrogen alight with a tiki torch, which opened the heavy auditorium doors every so slightly, a smaller balloon with 2:1 hydrogen-oxygen mix was set off that blew them wide open. The advice to cover our ears was heeded, and much appreciated.

Every semester or so, the chemistry department at my university does a chemical magic show.

Like all good science propaganda, it was full of dramatic flames and explosions.

Thanks. That is one block away from the old Fillmore East and two blocks from where I used to live.
A lot of those tenement buildings have gas pipes in the walls and ceilings that were
capped when the apartments were wired for electricity. The gas is still there or has slowly leaked
out. My upstairs neighbor was installing a new light fixture in his kitchen ceiling when he took out
his cigarette lighter to see inside the opening. The subsequent explosion blew him off the ladder and
into the next room, and sent our dishes flying off the shelves. Damn, I’m getting nostalgic!

If you’re referring to the Filmore East you are certainly getting nostalgic. I used the ATM in the bank that’s now there more than once.