What makes something ugly?

It is beautiful, like something from a flash gordon science fiction set. Except it is all real steel and marble. Very Deco, and quite stunning.

I do not think late 80’s/early 90’s fashion will EVER be considered beautiful and romantic!

And yet, one of my favorite public buildings in the world is Battersea Power Station

I worked a few blocks away in 1984, shortly after it had been decommissioned. Absolutely massive when seen from human level. Awe-inspiring.

One marker of “ugly” is asymmetry. BPS is nothing if not symmetrical.

Should have finished reading the thread before adding my comment about BPS!

Aesthetically I find that building to be really interesting.

As someone who grew up knowing Cabrini Green and the Robert Taylor Homes, however, I understand where the ugliness really is in tall concrete apartment buildings where everyone is on top of each other and if the elevators don’t work or are guarded by gangs then life becomes very difficult very quickly.

I live about 8 miles from this thing:

There’s a Slate article on this particular campus trend: 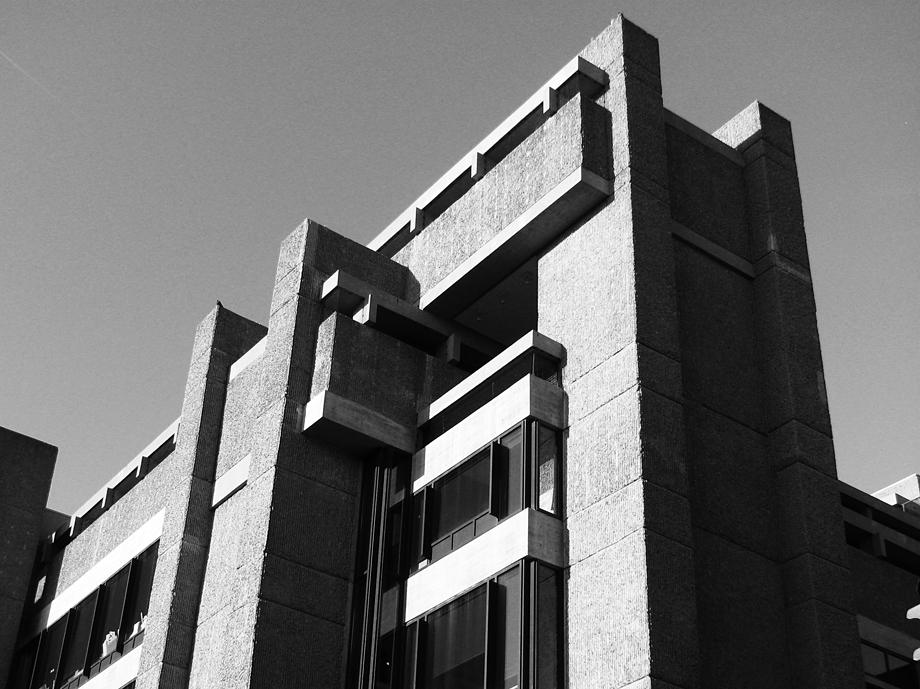 Were Brutalist Buildings on College Campuses Really Designed to Thwart...

Chances are good that if you went to college in the United States after, say, 1975, your campus featured at least one imposing, bunker-like concrete...

In SIU-C’s case, it was built after the campus’s Old Main (oddly, it was the second Old Main) was burnt down by an angry mob.

But the third castle…erm, well, instead of building a third Old Main, they built this thing. There’s no single photo, or set of photos, that can do this thing justice. There are literally staircases to nowhere. Hallways that should connect, but don’t. And my first year there, I was a CS student; for whatever reason, the majority of my classes were in that hideous thing.

Edit: and I just learned that it was designed by a Mr Goldfinger - who not coincidentally, built a different building that Ian Fleming didn’t care for. 2 Willow Road is part of a terrace of three houses in Hampstead, London designed by architect Ernő Goldfinger and completed in 1939. It has been managed by the National Trust since 1995 and is open to the public. It was one of the first Modernist buildings acquired by the Trust, giving rise to some controversy. Goldfinger lived there with his wife Ursula and their children until his death in 1987. 1–3 Willow Road was constructed using concrete and a facing of red brick. A number of cottages were ...

Thinking also how Battersea plant affected the neighborhood around it and
what sort of design 'improvements ’ as proposed after she closed similar to
the Ferme Werke plant in Vienna by Hundertwasser
http://www.ideapete.com/Hundertwasser.html

The best use of closed US plants in cities I have seen is to use the shell
as a brewery . You can almost see the ghosts of the past workers grinning

the second photo makes it appear that the building (faner hall?) is an obstacle to students who might need to pass from one half of the campus to the next. Ugliness on another level?

I think it might actually just be some kind of public art piece or architectural leftover from before the MAX was installed, those don’t look like they’re actually connected to the overhead wires…

Interesting…thanks for the link!

The best use of closed US plants in cities I have seen is to use the shell
as a brewery .

Unfortunately they didn’t own the industrial building and renegotiating the lease did not go well, so they’ve decided to leave that location after brewing there for over 20 years.

He’s got no use for elaborate glass paperweights, loathes taxidermy and all Victorian hobbies that attempt to capture and catalog nature, finds tattoos tacky, and has no patience for mid-Century kitsch relating to Elvis, Vegas, or tiki bars—things like aloha T-shirts, souvenir mugs, or velvet paintings.

What a weird mixture of hangups. Okay, Elvis is tacky, and I’m no fan of tattoos either. But all those Victorian hobbies he disdains led to the discovery of evolution and modern biology, so they are beautiful by Keats definition that truth is beauty. And what the hell is wrong with Tiki bars?

Personally, I don’t feel that visuals/aesthetic have a lot to do with the definition of “ugly”, because I hardly ever use the word in that sense. As a writer, a certain word can be ugly or beautiful, based on its connotations and overall coherence. The same thing goes for me as a composer – I can tell an ugly tone from a beautiful one without a second thought.

But as a person, judging appearances of objects or people, I’ve found that I simply can’t do it. I find things assymetric and incongruous, but it’s very difficult for me to describe something in subjective terms.

If that makes any amount of sense…

On the other side of it is this lovely woods full of walkways. But that’s exactly what it looks like when you approach it.

And what the hell is wrong with Tiki bars?

So they’re racist in the same way Irish Pubs are? Or Mexican restaurants? That’s some weaksauce outrage fodder IMHO.

It’s really hard to capture a nuanced yet distinctive appreciation for a culture in wall decorations.

At least Irish Pubs or Mexican restaurants often have Irish people or Mexican people working at or evne owning them.

And come on, you can at least kinda see how copying another cultures religious icons, removing them from context, and using them as wall decorations in theme restaurants could be taken as kind of insulting?

I mean, imagine how even the more reasonable christians would react if non-christian people started using crucifixes as tacky wall decorations , made cheesy christian-themed restaurants, and somehow managed to get percived as ‘authentic christian culture’ by popular culture…

That is spectacularly ugly. If I had to live there I would almost certainly either go mad or figure out a way to destroy it.

Purely functional systems often have an austere beauty. When done well, we can call it “elegant”. But a monstrosity like that, with its’ total disregard for HVAC efficiency, reverses that relationship and takes vast ugliness from its lack of engineering elegance.

imagine how even the more reasonable christians would react if non-christian people started using crucifixes as tacky wall decorations , made cheesy christian-themed restaurants, and somehow managed to get percived as ‘authentic christian culture’ by popular culture…

I know you’re being facetious, but in fact I’d love to see your idea take off…for a number of reasons.