What makes something ugly?

Every time I drive past the local engineering college building and see the steel awning that was purposely built with just enough warp to make me think that it needs adjusting, I wonder how hard it is to design non-ugly things. That architect nailed ugly.

Umberto Eco wrote an excellent book on this topic, On Ugliness, that goes beyond the surface of ugliness as a visual aesthetic, and looks also at the ugliness of sordid tales and the fascination humanity has with differentness in general. Why do we love to be grossed out? What leads to a love of tackiness or kitsch (evident pretty much every day at this website)? And, by Eco, it’s a great read.

This sentence from the article, is an effective summary.

Most people are influenced by the dominant tastes and fashion sensibilities of their generation, class, and ethnic group, and when you remove those factors from the equation, an exact, universal definition of “ugliness” becomes almost impossible to pin down.

In other words, “who knows?” But I suppose it is useful to remember tastes are not unique to me and that prevailing attitudes may influence me more than I realize. Sometimes I think my tastes are unique; I seem to enjoy IKEA / Apple Store modernism (?) more than my immediate circle of friends, and it is quite a bit different than what I grew up with. But I’m not alone in my appreciation of those things, or there wouldn’t be IKEA stores and Apple Stores.

@nixiebunny , my alma matter had a few buildings like that too, with gratuitous cantilevering and exposed spray insulation and ductwork that looked like a mistake. On the other hand I’ve seen the same style done very well, and I’m not sure what makes it work in some cases but not in others.

Its really easy if you are in the energy industry http://smartenergyportal.net/article/power-ugliness-our-industry we do it every day - no problem

Have you ever visited the Hoover Dam and taken the deep tour? (It may not be possible today - you know, terrorists!) They managed to make power generation absolutely, stunningly beautiful.

Some of us look at a belching smokestack and see progress and prosperity, Others see acid rain and global warming. Logic can inform the dialog, but it’s aesthetics that drive it.

The same applies with war, abortion, surveillance, copyfight: Adults will ask, “what kind of environment would we choose to live in?” and take a hard look at where these choices are taking us. Unfortunately, the ones in charge don’t have to be adults, they merely have to be rich.

It is similar with music… While I enjoy some pure pretty pop, my love is for stuff that is relatively discordant, rough and real.

I haven’t taken that tour, but I’ve visited another dam recently. I was actually quite moved by the way they balanced national pride and safety from terrorists. They definitely want to check out visitors, but they also recognize that it’s an aesthetic experience and they don’t make it so unpleasant that we’d want to avoid it in the future.

If the TSA were run by people who enjoy being in the air, they might be able to perceive the experience they’ve ruined.

Reminds me of Iceland’s contest to redesign transmission towers:
The World’s Most Beautiful Pylon Concepts - Energy Digital
Of course, the giants received the most press:

In the light-rail turn-around yard in downtown Portland, OR: 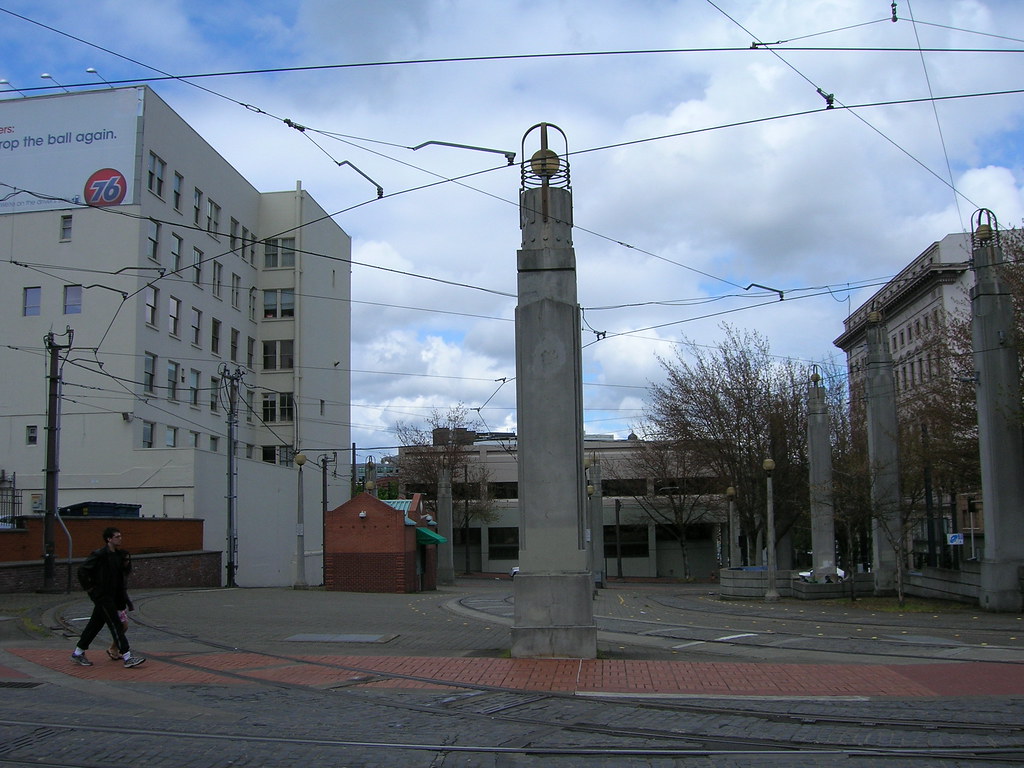 I could have sworn that these supported the MAX line’s overhead electrical lines, but now I’m not sure.

This Bayley guy sounds like he’d be a blast at parties. /s

Ugly is just as subjective as beauty. If we can’t accept that individuals have differing aesthetics from one another, then we may as well convert to a command economy and stop thinking about it. I share a similar taste for clean lines as Bayley, but I’m not going to criticize the person who buys Louis XIV replica furniture, no matter how ugly I find it.

Architecture students couldn’t design a boxy corrugated steel industrial building? Or did someone in the class go “But that’s beautiful!”?

Obviously beauty and ugliness are subjective, but there are plenty of things that will get little disagreement from the majority of the population.

Le Corbusier. He’s got a lot to answer for.

See I don’t mind that building so much, with it’s sense of absolute minimalism; but the one in the back and to the right I find horrendous. Those little fake red brick facades are so awful and unbalanced.