The older games topic closed a long time ago, so I figured it might be time to open a new one - there have been a few things I wanted to post about but never got around to, so…

Here is a thread to talk about games. Whether game tapes that you are currently playing, cool things you remember from your youth, game news, crowdfunding campaigns, whatever. Do we have a boardgame thread? If so, talk about those there. If not, talk about them, here! 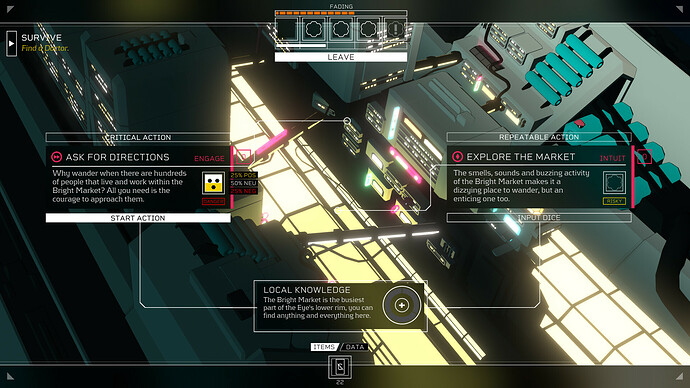 Citizen Sleeper on PC - You rented your consciousness out to run a drone body for a corporation, but fled when things got hinky. Now you are on a half-derilict space station trying to survive under capitalism. Do odd jobs, survive, make a new life, try to understand and join the communities on the space station. It’s an amazing game with strong anti-capitalist themes and a cool visual esthetic. Oh, and your artificial body is designed to decay rapidly unless you get regular doses of a drug controlled by the corporation. Good luck! 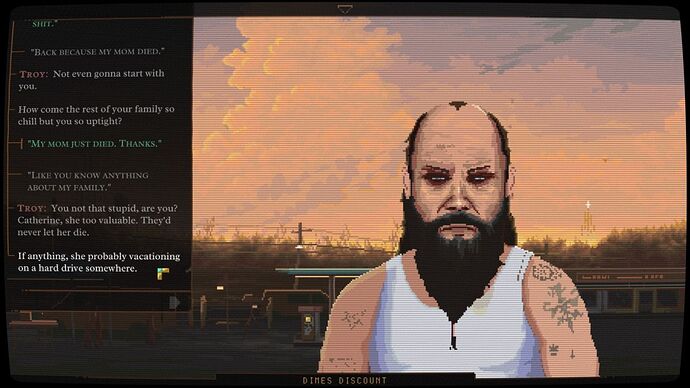 Norco, which is also about capitalism…but way weirder (and religion and AIs and…a lot of stuff). You are trying to find out what happened to your dead mother and missing brother while dealing with the gig economy and an oil company the dominates your hometown. There is a cult of young men in Best Buy shirts that all go by the name Garrett

Both are on PC Gamepass (which you can get for a dollar today). I can’t imagine that they won’t run on just about anything that can run Windows - they are basically point and click adventures so they should not strain anything. 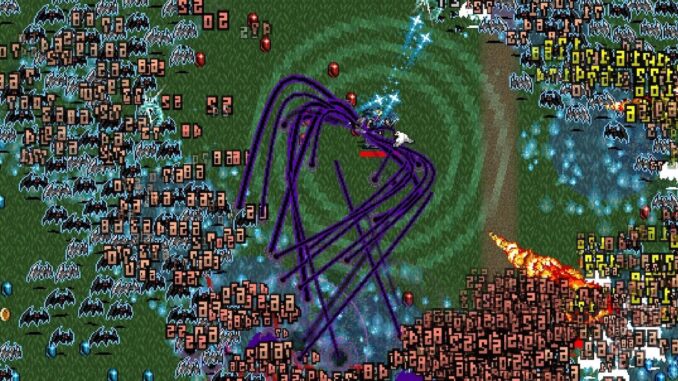 Of course, I have finished those games a while ago. Now I am a garbage person that spends every free moment playing Vampire Survivors. A game made of crude bitmap images where you wander around a field trying not to get touched by monsters while you collect powerups that autofire in various patterns - making you the center of a storm of devastation. It’s real dumb and I love it very much. Also on Gamepass,.

So…What are you playing?

Now I am a garbage person

I think you are a fine human being.

I’m playing the first Pillars of Eternity on PC right now. I loved Baldur’s Gate I and II on PC back in the 1999-2004 period, and PoE is sort of a spiritual successor to them. So I’m enjoying it quite a lot.

I also played through most of Cyberpunk 2077 recently, but I can’t bring myself to complete the final missions for some reason. Loved the game and don’t want it to end, I guess. I do want to know how things end, though, so I’ll have to go back and finish it soon.

Next up after PoE will most likely be Disco Elysium.

Edit: Oh! And redactle. I’m continuing to play redactle. I got it in 4 guesses today and it’s the most accomplished feeling I’ve had in so long. Even if it was blind luck.

I have started POE a couple of times but failed to really launch on it. I also love the isometric games and the Divinity games. I think for POE it is just a matter of it being the right time and being able to focus.

If you have not tried the Divinity: Original Sin games you might like them a lot too - similar in style, but they do some incredible things with the interactions between spells, weapons, and environmental objects and hazards. They are made by the folks making Baldur’s Gate 3

I am a garbage person 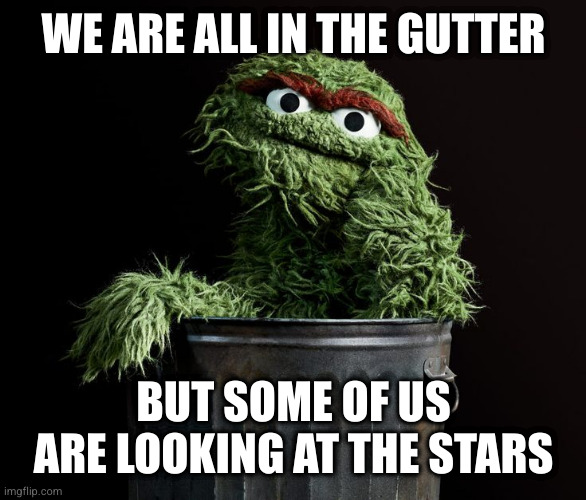 I am completely obsessed with Mini Motorways. This game gets me.

It’s not quite a board game, not quite a city-building game, but is an experience I equate to a great mental workout with lovely graphics. I feel like the devs here really nailed something.

Here’s a screenshot of a recent game I’m particularly proud of: 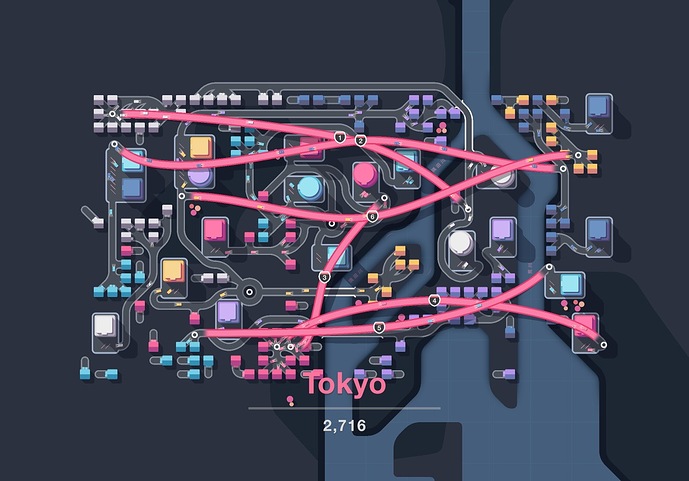 I would love to connect with any other happy mutant playing this game. What a doozy it is!

If you have not tried the Divinity: Original Sin games you might like them a lot too

I played through Act 1 of Divinity: Original Sin II. There is so much to love about that game, it’s special. The inventory system, though. I installed the irreversible inventory management mod hoping it would make things better, but it made it so much worse. As items accumulated, that aspect of the game got more frustrating, until it ruined the experience for me. I might try it again before Baldur’s Gate 3’s full release on a clean install to get rid of the inventory mod, though.

Ah, yes, engineer catnip. A great game to make a multi-hour flight go by in the blink of an eye.

Assume you’ve tried their prior game on a similar theme, Mini Metro?

Had some guests visiting for the holiday which led us to open up Untitled Goose Game again for a couple of hours of delightful asshole goose action.

Otherwise been spending a bit of time enjoying Splatoon 3 (though wish I had a group of regulars to splat with) and refreshing a foreign language in Duolingo (which is kinda gamified, right?).

Yes! I like Motorways more but Metro is also an incredible game. If they added controller support I might give it another go, but the last few updates to Motorways have made it so damn good I can’t stop.

I’ve been on a retro gaming kick the last year or so. It started out with me working through a bunch of the original Final Fantasy games (1 - 6 on their original systems). That series is definitely a mix of experiences. I’ll be moving on to FF7 soon. I’m just having a lot of fun with these SNES games.

Now I’m playing the Super Mario RPG. I played this when it first came out, but apparently I’d forgotten just how wacky the game was. I’m loving it.

D:OS 2 is definitely better and can be played without playing 1. One also had a little too much open world - I was able to wander off the story rails about 2/3rds of the way in and it took a while to figure out what was going on!

I was way into Minimetro! I really need to give motorways a go. It’s on PC, I think. I will have to check it out - I need games that can be played for a bit and put down

This might scratch your itch. Games last me ~20 or so minutes, and I rarely go for more than two rounds in a session, but I enjoy the living bejesus out of it. High entertainment/engagement, low commitment.

I’d enjoy hearing your take on it if you give it a spin!

I just want to throw it out there that The Witcher 3 is 80% off on GOG and HumbleBundle right now. The next gen update is set to be released in 2 weeks, and will be free for anyone that already owns the game. Might be a good time to pick it up if you are like me and haven’t played it yet. 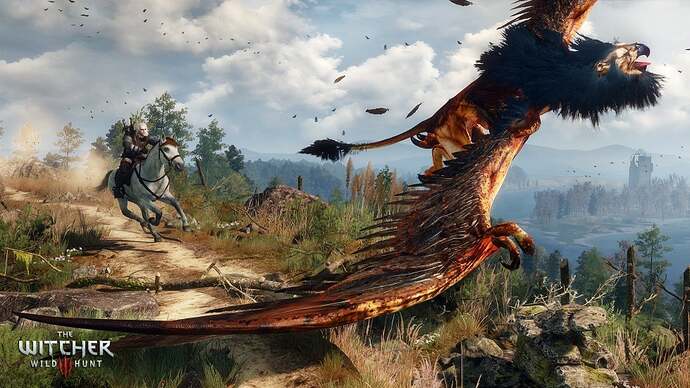 A free next-gen update is coming to The Witcher 3: Wild Hunt on December 14, 2022, including some new Netflix-inspired DLC

Lol - it has been in my backlog, unplayed, for years. I need a vacation

I only heard about this because of it’s cancellation (because the artist/writer behind it realized that it was beyond him. Apparently a tabletop game is still in the works, but I hope that maybe someday he revisits the idea for a videogame, it sounds like a concept that is right up my alley 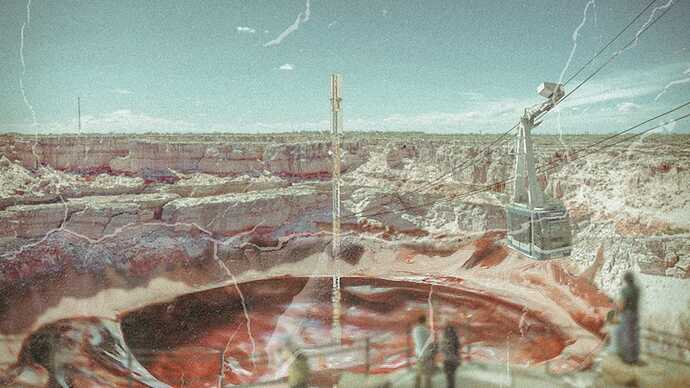 Kickstarter Cancelled In The Most Brutally Honest Way Possible

Mystery Flesh Pit National Park was going to be a video game, until it wasn't

It’s been about three months since I last played Elden Ring, but I still have dreams about it.

That game really messed me up.

Can’t wait for the DLC. 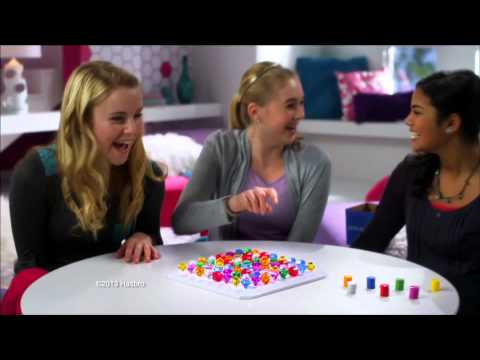 Frog Detective 3 is a very recent addition to the well known (by mew) Frog Detective series. You are the second best investigator (after Lobster Cop) and you have to go to Cowboy County to investigate the theft of all the cowboy hats in town. The major innovation in this entry is that you have a scooter! This entry is also a surprisingly harsh critique of the carceral state.

This is one of the gentlest, sweetest series around and this seems to be the final entry. The games are short, very easy, but a heartwarming way to fill a couple of hours. It’s great to play with kids (or if, like me, you like things that are just nice). I recommend every episode - they ALL end with a dance party.

Each entry is around $5 and right now the series as a bundle is about $14.

Edited to obscure the spoiler text “they ALL end with a dance party!”

they ALL end with a dance party.

Every subsequent entry in the Final Fantasy series made further mockery of the original game’s title.

Conversely, they retired the NeverEnding Story franchise after just three movies (though that was probably a good call considering the quality of the sequels).