What's on your coat of arms?

Informally, my family motto is: “we’re in public, try to act normal”

maybe not frog but alien?

If there is any chance your family’s last name has an existing crest, and you know even vaguely where from, let me know. I have a surprising library.

mine translates to “truth conquers”

There are probably a few branches of the clan, recognized differently. Which McConnell’s are you, have a county or landmark or lord to tie it to?

Oooh… I just looked up my Scottish heraldry. I like that motto better (even though I haven’t a drop of Scotch in me).

Durum Patientia Frango (By patience I break what is hard).

(even though I haven’t a drop of Scotch in me)

I have a surprising library. 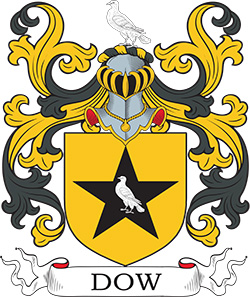 Motto: “It could grip it by the husk.”

Go with a single gold lion rampant on a red field and you’re covered. Most everyone gets a pimp hat. There are only a few that get other hats. And you could go with:

citation: have done heraldry for some people, including a Welsh Jones and an Irish Jones. YMMV.

I’ve never really researched any genealogy. I have a vague recollection that when I was younger, my grandfather got into researching the family history, and found that his male line ancestor brought the McConnell name to Canada when he immigrated. . . from the USA. Apparently he had to put down, like, “nation of origin” for his kids when they entered, so he listed the boys as Scottish and the girls as Irish.

If I wanted to know more than that, I’d need to do actual research. At this point, the family name is all that’s been passed along, and any connection to a historical family to whom a coat of arms would have been meaningful is incredibly vestigial.

Eee gads. Went and dug out an old family coat of arms I had lying around. Now I remember why I had it buried in the basement. Well this is what you get when you can trace your lineage back to a wealthy plantation owning family in the South… actually I think way back there there may have been some crusaders to. Fuck me.

This is an image I found on google, and its a more antiquitated version than the one I have in the basement and thus not exactly the same, but its definitly my family’s coat of arms. Hurrah for that.
https://mastercarverstephan.files.wordpress.com/2013/03/blackback1.jpg

My hope is in the cross.

My cyber-phamily does indeed have a coat of arms: 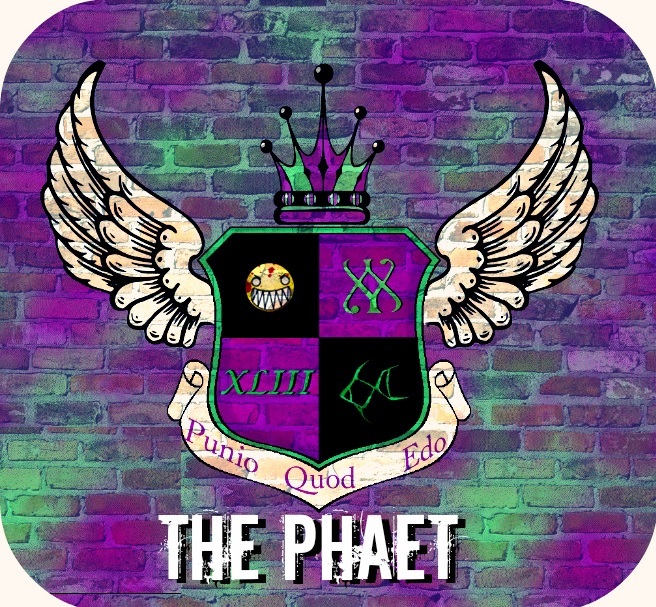 Actually, I lie. My brother does the genealogy for the family. 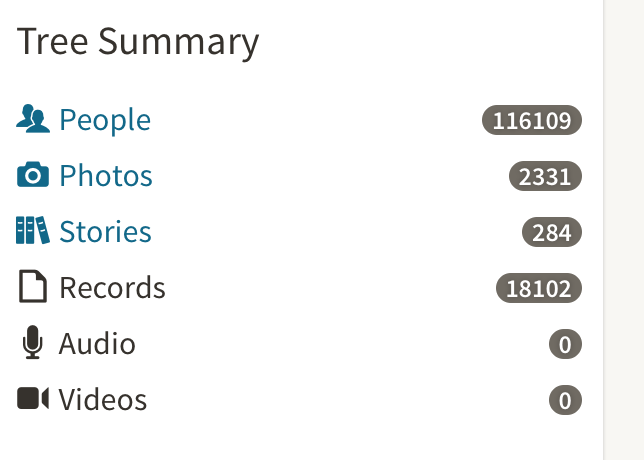 Apparently, someone named Roger Dodge in Devon is the last patrilineal ancestor (c 1545) 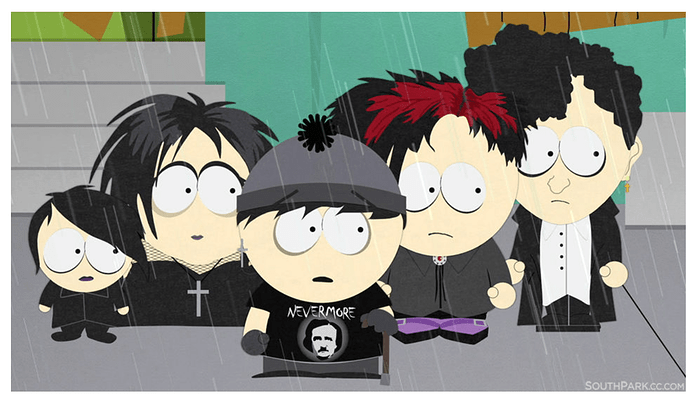 I haven’t the foggiest idea what that image you posted is supposed to convey.

A surfeit of back and purple.

The image is of the “Goth Kids” in “South Park,” an American cartoon show.

I grok South Park; I’m American and probably older than you are.

I also get goth, I just didn’t understand the relevance to my phamily crest. 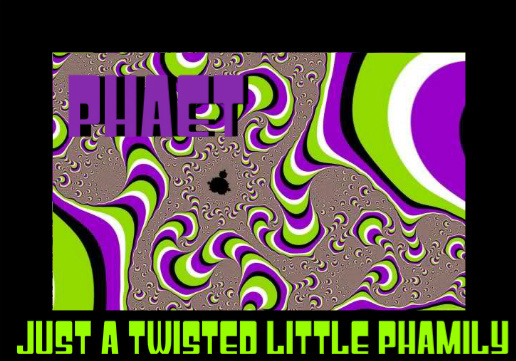