So I was reading this brief exchange on the Detested and Defeated thread:

When fascism comes to America, it will be wrapped in the flag and carrying a cross.

And it's a safe bet that flag has pockets.

I was instantly reminded that the commenters here have different perspectives and tend to have a “thing” or several “things” that they tend to have strong feelings on. This is great example of how @Jilly cares a lot about women’s issues and it features prominently in her perspective on certain things, and how @bibliophile20 cares a lot about Jewish minority issues and (in this case) American Christian hegemony. This isn’t to say they care about nothing else and don’t have any other interests. I have it on good authority, for instance that @Jilly cares very deeply about mint chocolate ice-cream, for instance.

Still, I’m constantly fascinated by the breadth of experiences on this forum (and I don’t think we’re all that diverse, as forums go). So I wanted to ask people:

It can be anything ranging from a particular hatred for trolls that get physics wrong to why you care deeply about local libraries whenever they come up in discussions. They can be as obvious or as surprising as you’d like.

i have multiple candidates but they exist in two tiers, the existential and the merely maddening.

Do you think that’s because you live in Texas? Not saying you can’t care about it anyway, but I feel like you mentioned two things that come to mind when I think of Texas. (Never been there, am stereotyping.)

LGBT issues are extremely important to me, which may seem odd since I’m married to a person of the other gender.

And it’s also a subject that’s been less prominent lately, with some exceptions (North Carolina). Republicans used LGBT people as a scare tactic/wedge issue for decades. Now with a few exceptions (Trump’s disastrous “Ask the gays!” speeches following the Orlando tragedy) they don’t want to talk about it.

I don’t generally like to argue but I do miss being able to demolish people’s reasons for opposing same-sex marriage.

Healthcare in the U.S. I can maintain diplomatic silence when someone tells me that the U.S. is founded on Christian principles, that marriage equality is the road to perdition, that the 2003 Iraq invasion was totally warranted, that the U.S. is a baby-killing nation, etc. The moment someone says ‘single-payer is insidious socialism’, it’s fucking on.

Well, I’ll pipe up if anything else comes up that somehow tickles my interest, but the only thing guaran-goddamn-teed to get a response from me will be the scatological stuff.

Plus old cars, root beer, certain other candies and junk foods, heavy metal, werewolves, and political/philosophical arguments that have not quite beaten all the same old drums yet.

Are there enough poopmojis? Go.

Separation of church and state. But of course everyone knows that’s my bugbear. 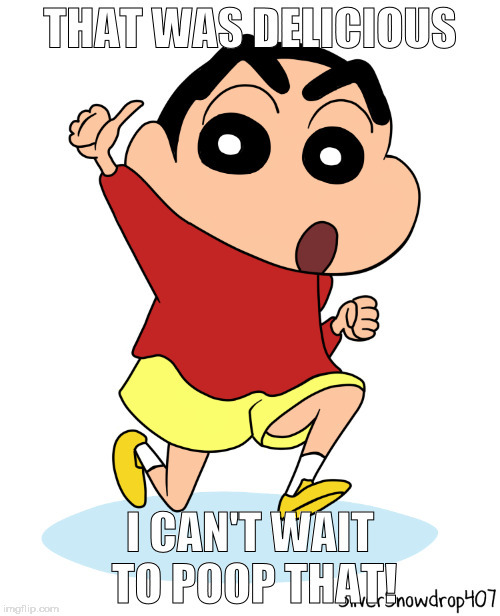 In the personal realm, racism and sexism. My sister and I are both in interracial marriages, so whereas other social issues are certainly important, those things threaten the safety and prosperity of our families. Knowing what my wife went through as the daughter of a Japanese mother and a Mexican-American father, the racism coming out of the woodwork in the US terrifies me. I always knew it was there, but with neo-Nazis and Klansmen openly advocating genocide at mainstream political rallies, I really think we’re skirting the precipice of fascism.

In the less-personal (but not impersonal) realm, my main thing is breakdowns in communication between well-intentioned people due to stereotypes and preconceptions. Not with trolls, there was never communication with trolls in the first place. But it feels like, especially on the internet but in meatspace also, that a lot of people try to sort each other into a few simplified bins, and then get frustrated with each other because they’re talking past each other with the stereotypes they earnestly believe must really be there lurking behind this facade of a three-dimensional person. I don’t know what drives this earnestness. Maybe it’s the sunk-cost fallacy, or simply not wanting to admit we can be and often are wrong about each other. When I catch myself doing this, it’s my biggest source of shame for being that obtuse, but it also makes me glad I caught myself and I worry about how many times I may have done it to someone and never realized it.

In the political realm, anthropogenic climate change. I firmly believe this will be by far the most significant issue of this century, much as nuclear war was the 20th century’s Sword of Damocles, with the notable difference that this sword is already falling toward our head, we’re past prevention and all we can do to save our civilization is mitigation and damage control. You don’t turn half the world’s population into refugees and trash the ecosphere without fallout like we’ve never faced before, an order of magnitude or more worse in almost every way than WWII or the Black Death or the Spanish flu pandemic. I honestly don’t know if we make it through this one with civilization intact. And I think most people don’t worry about it because they either don’t believe it, don’t understand the scale of the danger, expect others to fix it, or simply feel powerless to do anything about it.

Sorry, but narrowing it down to three was hard enough.

The moment someone says ‘single-payer is insidious socialism’, it’s fucking on.

It took every ounce of self-control I have not to reply to you: Single-payer is insidious socialism. One of my other things: Tendencies toward the imp of the perverse.

It’s their word choice (‘insidious’) the tone in which they say it. My mental reply would be 'Yes, it’s a socialized solution but that’s not a bad thing and we certainly have no reason to be insidious about it. ’

Oh, I agree with you wholeheartedly and completely – I just wanted to see you go off. The imp can be powerful sometimes.

it’s more because i’ve always been concerned about racial issues from my early teens and then added to that is that so many of those folks who end up face down in the street whether from a police bullet or from an armed citizen look so much like my biracial grandsons. add to that the fact that i myself am a gun owner who would never brandish a weapon in the street or indeed use it for anything other than target shooting or hunting on my own property which just adds to the rage factor when i have to deal with the ammosexual, it all combines to be a rather large"thing" actually.

Pro-wrestling, bafflement and constant indecision. Wrapped in humour, with a side of twitchiness.

Are there enough poopmojis? Go.

Not even close. Represent all of the Bristol chart first, then we’ll talk.

I’ve owned guns, though ironically in California and not in Texas (I swear I’m not trying to be contrarian). Guns don’t bother me. People who cling to them as magic talismans (instead of tools and sporting equipment) in the face of fear and uncertainty, that’s an unhealthy mindset to put it mildly. But on the other hand, people who assume all gun owners are nuts and mass-murderers (as you and I know most are not), reflect a lack of familiarity with both firearms and mainstream gun owners.

I can respectfully disagree with someone who thinks all gun ownership should be prohibited to make it minutely harder for the mass-murderers to get a hold of them. But I absolutely stay out of the gun threads because when I make it known that I’m for regulation, not prohibition, at least one or two people replace me with the fanatical gun-lusting nut they assume I must be (because they assume there can be only two extreme absolute views on the matter), and argue with that caricature instead of debating with me. I suspect the fact that I’m a Texas resident also skews some people’s assumptions, though my views on gun regulation have moved significantly left since moving here.