NYT op-ed: "Detested and defeated, Donald Trump is now in a tear-the-country-down rage"

The death of civility predated Trump. Over-the-top Republican speeches and bloviating shock jocks created the climate in which he was able to flourish. It’s now spreading to the UK, with columnists in the Express and the Daily Mail trying to stir up violence.
We all tend to think we live in the end of an era but I’m beginning to think this is related to the end of the dominance of the English speaking world.

Bbbut Hillary bad! She did some stuff too! Or at least I think she did. That means they’re about the same.

Not to mention that apparently he’s a really crummy Overwatch player, as this billboard from the Cards Against Humanity PAC tells us. 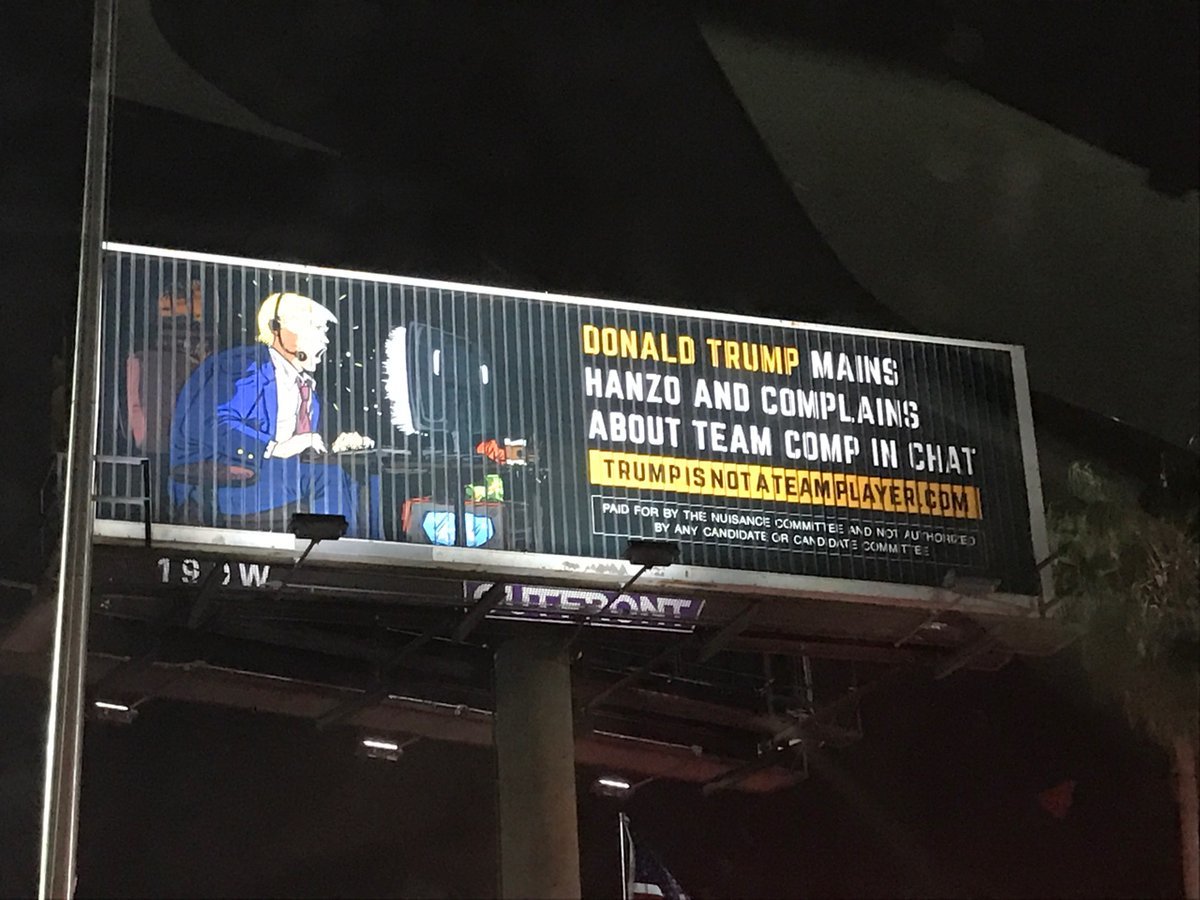 If you’re rich and boorish enough, you can get away with anything.

Except gaining access to the Whitehouse. That, thank Dog is not.

If you want to see what it’d be like to have Trump as president go no further than this: Googled “hanzo mains” and learned something today. Thank you!

Bbbut Hillary bad! She did some stuff too! Or at least I think she did. That means they’re about the same.

Come on! When you can’t think of anything else to say, just fill in:
X is just as bad as Hitler/Stalin/Pol Pot/Mao/the Dalai Lama* for insufficient reasons.

*I included the Dalai Lama so as not to discriminate against the Chinese government.

If one were to read about election campaigns from the birth of the US as a nation you’ll see that politicians back then were just as nasty, if not worse than what’s going on right now. So this is old hat for the country, but it’s definitely depressing to see politicians bicker and mudsling and have supporters enthusiastically jump in.

Googled “hanzo mains” and learned something today. Thank you!

Not being an Overwatch player myself, I had to Google it, too! I applaud CAH for putting up a billboard that’s gibberish to pretty much anyone who doesn’t play that game. 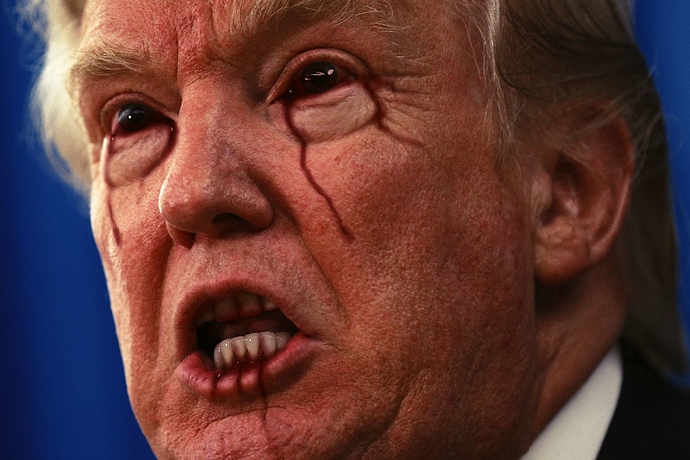 Civility, always a tenuous thing, cannot be quickly restored in a society that has learned to hate in public, at full throttle.

I think I would have to amend that and say instead “… in a society that has learned it is okay to express hate in public…” It is important to keep in mind that hate is the natural way of things.

I recall seeing, in horrified awe, parts of Eastern Europe, where neighbors had lived peacefully beside one another for a generation, devolve in mere weeks and begin murdering each other, and using rape as a tool for terror against those same neighbors. I mean literal neighbors, not international neighbors.

Overlooking that possibility is what allows for people like Trump anyway. The moment we start thinking things like “It isn’t like we’d actually try to take away those rights, or mass murdering these people we are imagining to be problems”… well, that’s when we are most apt to allow actions that lead to such horrors. That’s when we start thinking there’s no harm in electing evil people to office.

If one were to read about election campaigns from the birth of the US as a nation you’ll see that politicians back then were just as nasty, if not worse than what’s going on right now

I ftfy. But I do not agree. After WW2 there was a definite period of much more civil discourse in both the US and the UK. Politicians were, I’m sure, just as nasty in private, but they were much more polite in public. Citizens United has had a terrible effect in the US, as have various decisions on libel law and “free speech”. I’ve been following politics since about 1960, and I cannot remember a time when things were as bad as they are now. The parallels with post-WW1 Germany are getting uncomfortable, and we haven’t even lost the war yet, wherever it is.

They’ll still be there, even after he is done.

And riled up which is while happy for a Hillary win I don’t feel great about the fallout either.

But Hillary keeps playing Symmetra when we need a healer…

Trump would probably be a much better person if he actually had a wherever, which is possibly why he seems to spend his time trying to grab one for himself.

NYT op-ed: “Detested and defeated, Donald Trump is now in a tear-the-country-down rage”

Emphasis mine. I won’t believe Trump is defeated until January 20, 2017. And I think he’s been in a tear-the-country-down rage his entire life. It’s just never been this public before.

The parallels with post-WW1 Germany are getting uncomfortable

I don’t agree. Not because I’m rosey and optimistic about our future, but because there are three major differences:

The death of civility predated Trump.

It was in a bad way but it wasn’t dead. John McCain’s concession speech in 2008 was downright gracious.

Trump strangled civility in its sickbed and spent the next several years publicly desecrating its corpse.

This is a good rationale for higher tax rates and mandatory charm classes.

Man, I loved this more than i should have.