When a man came home, a stranger opened the door. His ID — and house — had been stolen

Originally published at: When a man came home, a stranger opened the door. His ID — and house — had been stolen | Boing Boing

There is bad in this world, and then there is this kind’a bad.

Given how long property sales take to complete in this country, he may have been away for quite a while. Was it sold via an agent? Did they do ANY due diligence? So many questions.

Although the crime of stealing someone else’s house is uncommon

A judge has certified a national Class of Wells Fargo mortgage customers who were denied mortgage modifications, according to a class action lawsuit. 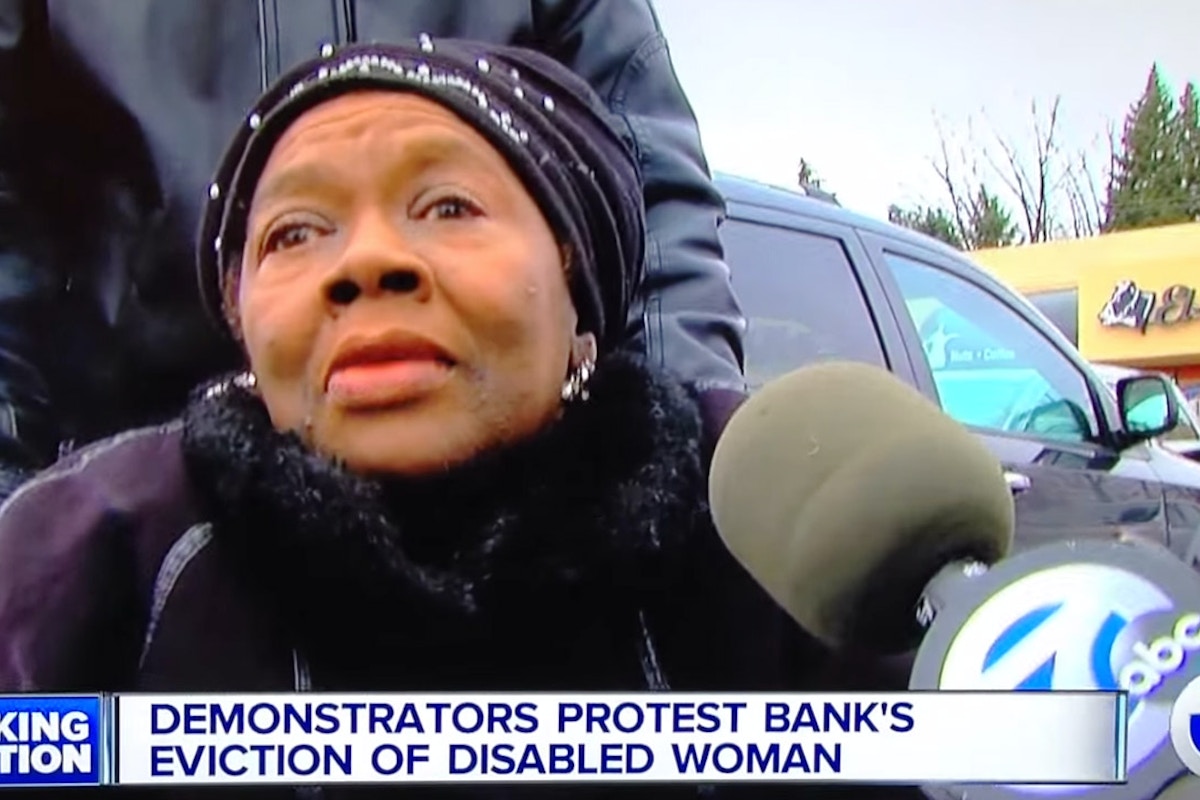 Foreclosure Fraud Is Supposed to Be a Thing of the Past, But It Happens Every...

David Dayen’s new book is about three fraudulent-foreclosure victims who brought transparency to their cases. But there are many more out there, and more every day.

I could post about 50 more links, it’s so common.

“We are actively encouraging conveyancers to use digital cryptographic ID checking as a more secure means of identifying people.”

right? technology will fix everything. and if it doesn’t work, you’re just using it wrong! /s

As effective as a lawyer-proof lock on a cardboard door.

The most interesting thing to me is how the police don’t seem to care. Too complicated to make a snap judgement and get straight to asserting authoritah? Complainant too rich to bully, but too poor to take seriously? No corporation obviously harmed? Not interested.

This kinda happened to me 10 or so years ago. We were moving from our small town home to one in the country. We were all moved out, had a buyer lined up, a closing date, etc. In town at the grocery store, decided to drive by it to check on it, and there was a car in the driveway. So we knocked on the door and there was a guy inside renovating it. So we called the realtor representing us, more phone calls were made, and the closing was moved up to that day. Still have zero idea how they got a key.

Once the house was sold to the new owner for £131,000 by the person impersonating Mr Hall, they legally owned it.

The solicitors involved in the property transaction said there was an ongoing police investigation and that it was inappropriate to comment further.

“We will continue to co-operate with the police, and comply with our professional obligations,” said the firm, which the BBC has chosen not to name.

How is that not receiving stolen property?

In the UK, does a recipient of stolen property really get to retain ownership?

The most interesting thing to me is how the police don’t seem to care.

Yeah, they’re supposedly more focused on “property crime,” right? The level of protection provided during BLM protests highlighted whose property they mean by that.

The most interesting thing to me is how the police don’t seem to care.

Personal property that doesn’t serve capital isn’t a priority in their mandate.

There are scapegoat minorities like roma and polish people for them to harrass for existing in public.

For how often capitalists misconstrue “Abolish private property” with “gimme ur toothbrush” the cops are remarkably good at discerning private property from personal property.

Especially when deciding whether they can do anything to help.

I think a more accurate word here is “fenced” since you can’t sell something you don’t own.

How is that not receiving stolen property?

In the UK, does a recipient of stolen property really get to retain ownership?

Definitely not in the US. That is the theoretical purpose of title insurance (which is mostly a scam). If someone “sells” you a house that they don’t rightfully own, the sale is invalid and void. Title insurance is supposed to pay the mortgage holder and the purchaser back for the fraudulent transaction that they were supposed to detect in their title search. Title companies charge an absurd amount of money for this given how rare it is and how little they actually do on the “title search”, and I assume they look for any loophole to avoid payout, but that is the reason it exists.

Exactly. I’m just wondering if the law on that is different in the UK. The excerpt I quoted from the BBC article seems to indicate the the recipient of the stolen real estate is legally now the owner, but maybe I misunderstood. I hope I did.

Definitely not in the US. That is the theoretical purpose of title insurance (which is mostly a scam). If someone “sells” you a house that they don’t rightfully own, the sale is invalid and void. Title insurance is supposed to pay the mortgage holder and the purchaser back for the fraudulent transaction

Title insurance really helped my family when someone tried to steal property using a fraudulent deed. We were compensated because the insurance company dropped the ball, and they had to recoup their losses from the thief. Most of the cases I’ve seen making the news in the US involve poor verification of ownership in the offices where deeds are recorded.

AIUI Commonwealth countries operate some version of what is called the Torrens title system, named after the Australian politician who invented it, where there is a central government registry of who has title to what piece of land. Entries in this register are “indefeasible”- that is, if you are registered as owning land, you own it and your claim to it can’t be challenged except in very limited circumstances.

(Having committed a fraud to get title to the land is one of these circumstances, but having bought the land from someone who did so isn’t).

This is in contrast to the older English common-law system, still in use in the US, where a seller can’t transfer better title than they have and it’s necessary to search all the way back to the original land grant to check that everyone had good title.

The existence of this centralised land registry essentially means that title insurance isn’t a thing in England, as the accuracy of entries in the registry is guaranteed by the government (who are supposed to pay compensation when things go wrong). So it would be entirely possible that the outcome is that the new owner gets to keep the house, and Rev. Hall gets monetary compensation for his losses from the government- who will confiscate this money from the fraudster if they catch them.

Of course, an added wrinkle is that while England has this centralised Land Registry, not all land is in it- only land that has changed hands or been mortgaged since 1998 is necessarily registered.

Thanks for the explanation!

Sucks for the defrauded owner though, as it’s essentially a forced sale at whatever the compensation is and deprives them of all all future appreciation value.

The efficiency of the central registry makes a lot of sense, but it seems like it would be more fair to revert the title and compensate the person who unknowingly bought the stolen real estate.