One remarkable note about the video clip is that the third sailor survived by somehow tying the mooring line around himself while still holding on to the line. The navy conducted tests afterwards to figure out how to duplicate the feat so as to update their training guidance but couldn’t repeat the results reliably.

Fun but it won’t top this… 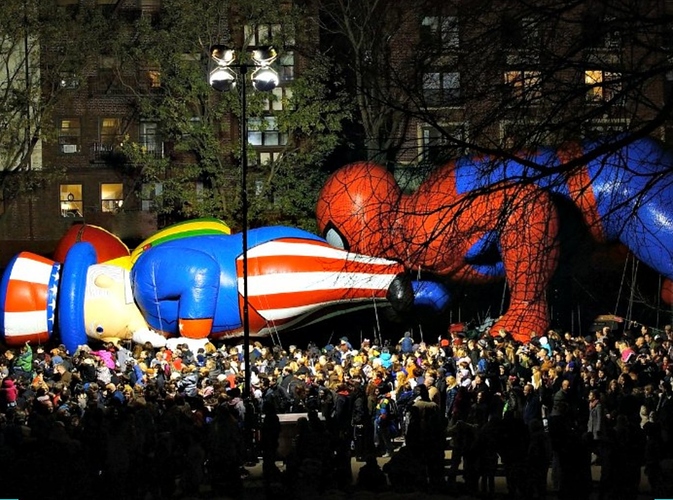 One remarkable note about the video clip is that the third sailor survived by somehow tying the mooring line around himself while still holding on to the line. The navy conducted tests afterwards to figure out how to duplicate the feat so as to update their training guidance but couldn’t repeat the results reliably.

I think that “let go immediately if you’re pulled into the air, don’t wait until it is a 20’ foot fall” was the lesson learned. I suspect that only one person could tie themself to the line. The weight of anybody else hanging from the line would prevent you from having enough slack to do it.

After it fell, police officers rushed to puncture it with knives

There were about 20 separate lines leading to a single anchor on the airship. I found a longer clip which showed that the survivor was high enough that he was able to stand on the handles attached to the guy lines, giving him the opportunity to tie-off. Those lower down weren’t so lucky. 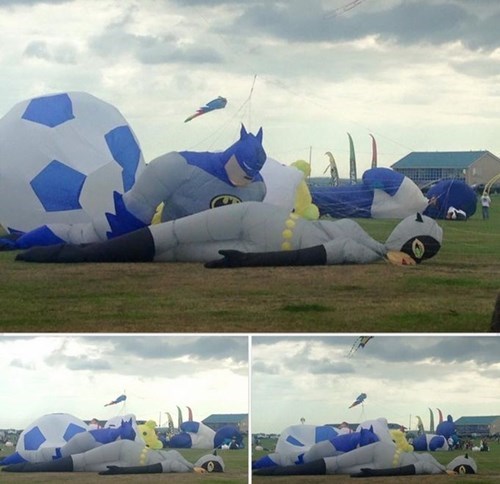 How heartening to see the Lilliputians subdue this monster!

120 years is not a long time for an element vital to many areas of modern science.

Yes, I suppose that a climate catastrophe could render our need for Helium moot but assuming it doesn’t we’ll definitely need a way to acquire more Helium in the future. And if that can’t be done cheaply then that could just as effectively chill (heh) scientific progress as running out.

Let us get the fusion reactor running ASAP!

That’ll kill two birds with one stone, won’t it? Address climate change while producing Helium? Sounds like an easy answer. I’m surprised no one anywhere is trying to figure out fusion.

I was in full uncle mode when Barney became A Thing, and so this is how I learned the song:

I hate you, you hate me
We’re a hateful family
With a great big shotgun, Barney’s on the floor
No more purple dinosaur!

we’ll definitely need a way to acquire more Helium in the future.

It’s constantly being produced by the decay of uranium and thorium (as alpha particles) and is a waste product of nuclear reactors. Alpha particles are also a by product of tritium manufacture - and the US and Russia have been manufacturing tritium at industrial scale for use in nuclear warheads since the 50’s^. Since tritium itself decays into helium-3 after a few years, if we really needed a lot more helium, we could build more tritium production plants. It would be a lot more expensive than natural helium from within the earth, but we could make as much as we needed.

^ A few grams of tritium injected into a plutonium core before detonation can dramatically reduce the amount of plutonium you need to obtain a given explosive yield. Since bomb grade uranium and plutonium are ridiculously expensive to manufacture, IIRC, just about all nukes in the US stockpile contain some tritium, which has to be replaced periodically since it has a half life of only 12 years.

That was… ah… enjoyable as a first-time watcher.

As far as I can tell, the recent CBS article about that is actually saying that the cost for all the balloons in the parade to be filled is upwards of $500K. Helium apparently costs something like $120 per 1000 cubic feet, and the big balloons (of which there were 16 this year) have about 700,000 cubic feet volume. So one balloon in 2018 costs about $83K to fill, and the total cost of the helium for those 16 balloons was actually over a million. I wonder if the cost to sponsors is lower because some of it is reclaimed afterwards?

I tried to figure out what helium would have cost in 1997 compared to today, since prices have reportedly risen 10% in the past 10 years… can’t find any reliable numbers, but the prices then may actually have been artificially low because the government shut down the Federal Helium Reserve and sold off its billion-cubic-meter stash in 1996, which temporarily depressed prices. One source claims helium cost almost double in 2013 what it cost in 2000, so you could probably estimate Barney there as topping out somewhere in the $30-40K range in 1997 dollars, or $45-60K in today dollars.

Anyway, that’s an hour of my life I’ll never get back, spent researching helium prices. Thanks, BB!

This crashed almost as hard as the 1998 Barney movie.

The Akron was my first though too; but I didn’t want to spoil the mood.