When some Christians were pro-choice and pro-segregation

Originally published at: When some Christians were pro-choice and pro-segregation | Boing Boing

Assholes. Pay taxes and leave the rest of us out of your fear based fantasy company.

White Xtianists’ shift in 1980 to anti-choice as a political position when it became clear that their beloved school segregation would no longer be granted the protection of law is arguably the textbook example of their combination of cynicism, hypocrisy and cruelty.

In my humble opinion, all this hand wringing and deep investigation of how Christianity views abortion is pretty pointless. All that theological reasoning presumes the belief system is internally consistent and consistent over time. Neither are true. Every generation or so, a new group of people call themselves Christian, pick through the Bible for things to rationalize how they feel about stuff, and call that a “belief system”. Next week maybe it will be different. They are putting their feelings at the fore and using random parts of the Bible to justify them. Nothing more. Once we accept that it is as shallow as that, we can start to disregard all that nonsense and put the well-being of people ahead of the feefees of others.

That’s almost innocent behavior. I think it is important to explain how leaders use bullshit fear and morals to gather a flock for their personal financial gain and power.
It’s the religion and deciphering rules that is the irrelevant part.

About a decade ago, Fred Clark (who writes as Slacktivist on the Patheos religious board) wrote a piece that’s entitled “The ‘biblical view’ that’s younger than the Happy Meal” about the weird shift to an anti-abortion position and he has long argued that the Evangelical shift was entirely because it was no longer OK to support segregation (although they did, and clearly still do.)

Fetus worship as a platform came as a consolation prize for segregationists. A new effort to attack civil liberties for them.
https://www.politico.com/magazine/story/2014/05/religious-right-real-origins-107133/

In my humble opinion, all this hand wringing and deep investigation of how Christianity views abortion is pretty pointless. All that theological reasoning presumes the belief system is internally consistent and consistent over time. Neither are true

It is internally consistent when you realize the goal of Fundamentalist Christianity is to aggrandize the believer and screw others over where possible. Fundamentalist belief is all about the malice and sociopathy. How do you justify attacking people while maintaining a socially acceptable veneer.

I have concluded that the true ideological division isn’t left/right or authoritarian/libertarian or anything like that. It’s as simple as “bigot or not bigot” - and that’s about as binary as you can get (because people who say things like, for example, “I support everyone but transpeople are just mentally ill” are, well, bigots even though they are passing as ‘not bigots’.)

Yes, of course, this is really just a restatement of the obvious, but sometimes it really is that obvious. 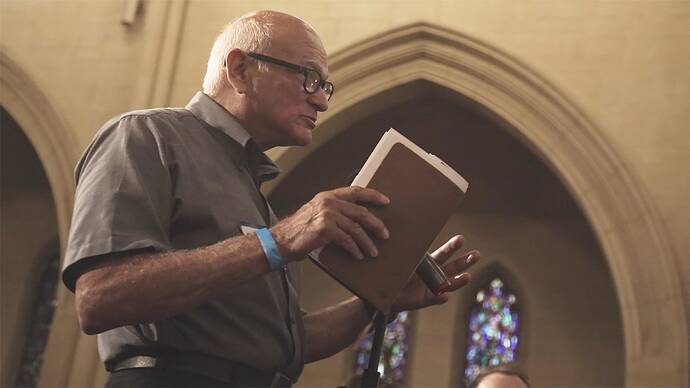 The Word ‘Homosexual’ Is in the Bible by Mistake

The documentary “1946: The Mistranslation That Shifted Culture” claims that one human error 75 years ago stoked decades of homophobia and hate. Extremists don’t want you to see it.

A collorary. Two options people have. 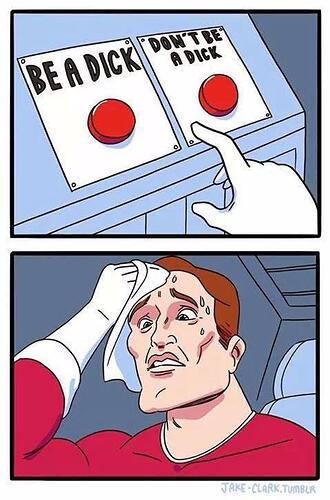 I think you meant this for the link: 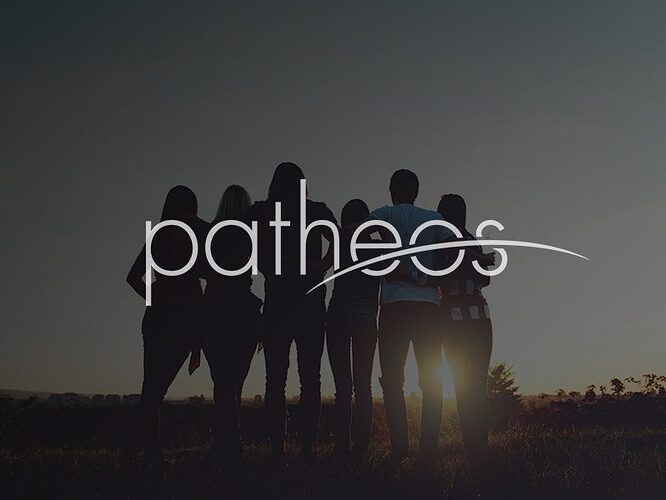 The 'biblical view' that's younger than the Happy Meal

In 1979, McDonald's introduced the Happy Meal. Sometime after that, it was decided that the Bible teaches that human life begins at conception. Ask any

I did. No idea what happened there! It looked OK when I did the link but I didn’t double-check; serves me right.
Thanks for that fix.

I’m with Ana from Young Turks. I don’t care that you’re a chrisitan or what your bible says. I don’t believe it and don’t have to.