When this central Idaho dam fails, it'll wipe out the town downstream, but funding is hard to come by

Originally published at: When this central Idaho dam fails, it'll wipe out the town downstream, but funding is hard to come by | Boing Boing

Maybe they’re waiting for global warming and draughts. If there’s no water then there’s no problem

13 posts were split to a new topic: Majority rules

Teleport a skyscraper from San Francisco to block it?

“I believe it was those mountains there that created one of the greatest floods on the face of the earth.”

Technically, it was glaciers that acted as the dam for ancient Lake Missoula that “failed” and caused the Missoula Floods, forming the Columbia River Gorge.

This town needs to promote itself as the greatest place for trendy billionaires to live and telecommute from. That way, they’ll either fix the dam, or all get wiped out with the town when it inevitably goes, either way a major problem will be solved. (And replaced with a new major problem, but no solution is perfect.)

So I was wondering why they don’t just empty it until it can be fixed and . . . the owning body is saying “The dam has always leaked like that” refering to a 2008 inspection which cited an especially concerning leak, and the dam itself lacks construction plans and details, so nobody knows what it looks like on the inside, either. I don’t understand why they are allowed to keep the dam in operation, instead of draining it until it can be either repaired or replaced – sure, it generates revenue from fishing, recreational use, and hydropower, but money won’t bring back lost lives or fix radioactive contamination of the environment. And what good does a flood prevention system do you if it is the most likely cause of a catastrophic flood due to failure during the flood season?

A PDF with more details:
http://www.environmental-defense-institute.org/publications/MackayDam2018.pdf

And what good does a flood prevention system do you if it is the most likely cause of a catastrophic flood due to failure during the flood season?

Video from recent action taken by the city: 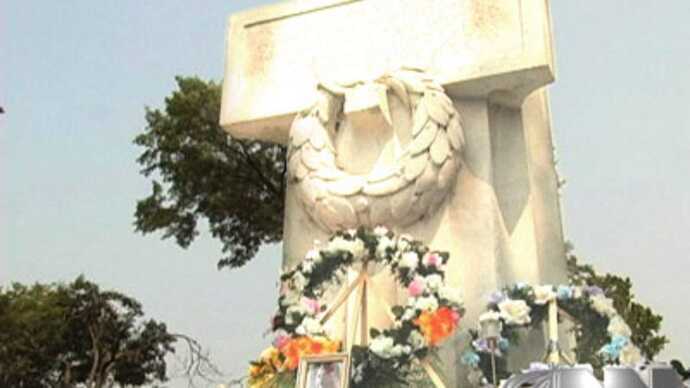 Officials in California dedicated the Folsom Dam Memorial, which will honor the nearby residents that will die when the faulty dam fails.

Exactly! Lean into the problem. 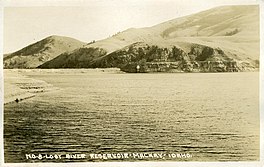 the dam itself lacks construction plans and details, so nobody knows what it looks like on the inside, either.

Kind of off topic, but a friend of mine used to work in industrial (nuclear and oil) power plants and he mentioned the same thing in that industry. As older plants are reaching the end of their productive lives, there’s no one around anymore who remembers how to build them, or how they were intended to be decommissioned.
It’s a truly alarming lack of foresight that all these huge projects have no processes in place to ensure transfer of institutional knowledge as time goes by!

Wow. That is… sadly, not all that surprising. I would guess that might cost a few bucks to archive that info, with no ROI for the bother.

Yup. Your best bet is finding1) some old guy (who used to be some young guy during the construction phase) who kept some private copies2) of stuff. There is always at least one.

1) Before they die or move to Florida or whatever. In any case before that particular attic/garage/basement is decluttered.
2) Usually disregarding company policy/regulations.