Where did all that quack-cure radium end up?

New idea for graphic novel: Family moves into old house with a bunch of junk in the basement. Their son, a quiet kid who finds solace from bullies by reading about superheroes, finds a radium water jar. By the time he starts going to high school, his thyroid is removed too late to keep the cancer from spreading. The end.

Finds the radium water jar. Goes online and reads about radium fad cures. He doesn’t drink any water himself, but serves it to the bullies, who think reading is for suckers.

Well that’s just dumb. If you’re not even going to try…

It’s worth mentioning in this context the awful story of the Radium Girls and US Radium, workers who suffered miserably thanks to a powerful defense contractor.

The Poisoner’s Handbook: Murder and the Birth of Forensic Medicine in Jazz Age New York by Deborah Blum dedicates an enlightening, informative and nightmare-inducing chapter to Radium along with other lovelies like chloroform, wood alcohol, cyanide, arsenic, carbon monoxide, ethanol and thallium. Well worth the cover price.

I want to know what a radium banker does now.

Here are some pix of products that contained Radium at an interesting display in the Musee de Curie in Paris: 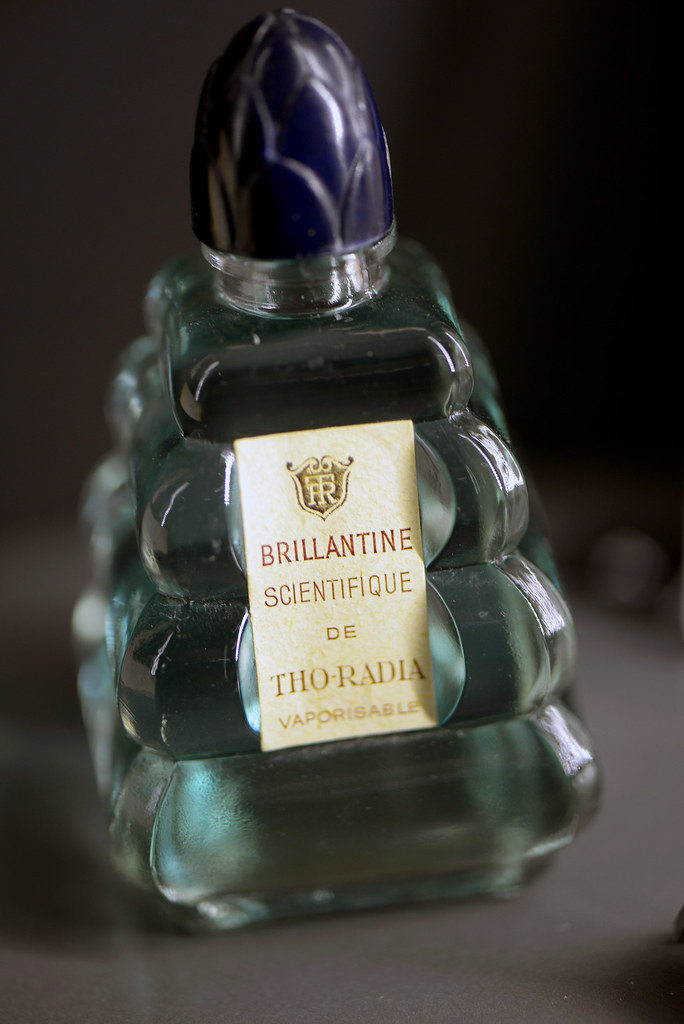 Here’s the TL;DR story. The Radium Girls worked at a factory in 1918, painting glow-in-the-dark watch dials with radium paint. As they painted, they frequently licked the brushes to put a point on them. Let’s just say the health effects are why we in the 21st century still talk about them… D:

Also quite timeless is the story of The Radioactive Boy Scout. It has nuclear reactors.

And, previously on BoingBoing, the Goiânia disaster, in which a bag of radioactive cesium goes astray.
http://www.lastwordonnothing.com/2011/03/28/contamination-in-goiania/

And there is always one of Glenn T. Seaborg’s cigar boxes around… http://www.funraniumlabs.com/2013/11/the-decembering-2013-a-worrisome-cigar-box

While there were lots of quack nostrums with radium in them, it also had real effects in treating cancer. For example, I once knew a dermatologist who had inherited a radium plaque when he bought his practice from a retiring practitioner. The plaque was a postage stamp sized metal square with a little radium in it, usually kept in a lead lined box. To deliver radiotherapy to a skin lesion, you would tape the plaque to the lesion and set a kitchen timer and leave the room. The plaque would give off, say, two units or radiation every 5 minutes, so if you needed 6 units you set the timer for 15:00. At the end of the session you would remove the plaque, wash it down with alcohol and put it back in its box. It was very expensive, but since it lasted 1600 years it was a real long term investment.

Here’s the thing: when my friend looked over the inventory of equipment and furnishings for the practice, he found evidence that there were originally two plaques, but he could only find one! Just watch yourself if you ever visit Springfield Illinois!

New idea for graphic novel: Family moves into old house with a bunch of junk in the basement. Their son, a quiet kid who finds solace from bullies by reading about superheroes, finds a radium water jar. By the time he starts going to high school, his thyroid is removed too late to keep the cancer from spreading. The end.

New ending - The kid drinks the radium water and nothing happens because the radium is too old and inactive. Author spends rest of their life being bullied on the internet by “fans” about the half-life of radium. The end.

Thats not as much as you think it is. I’ve done half that digging out a small gas station with a single leaking gas pump ( granted, it leaked for a long time).