I’ve never understood the separator hatred. It’s just a simple, courteous way to make sure your stuff doesn’t get mixed in with someone else’s stuff. What’s the big deal?

Kind of somewhat related: I recently saw a white lady go through the self checkout line and get really mad that someone else’s deli meat was in with her groceries. Which she had scanned.

Back on point, I also am a fan of the separator bar. One of the small things I have control over to retain order in this chaotic, unjust world!

I dunno, but I’d be interested in a study of whether white people do actually use it more often.

And then another study of just what the results say about white people.

Glad to see real Christians are starting to work together to draw attention to the danger of people who use the name of Christianity to promote white nationalism: 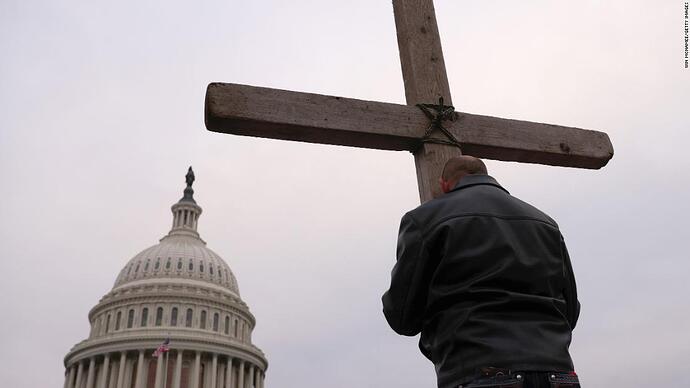 Scholars and historians say the harmful teachings of White Christian nationalism -- which help spark the January 6 attack on the US Capitol -- have been adopted by many Americans without them knowing it. 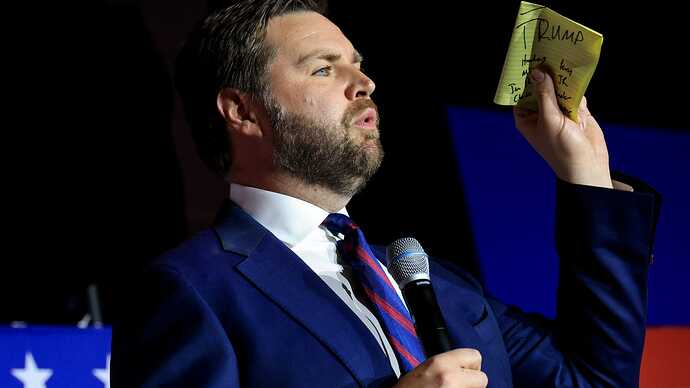 Black lawmakers (as expected) were disgusted with the senate candidate's comments.

I guess to the rest of the world, “American” = MAGAt? 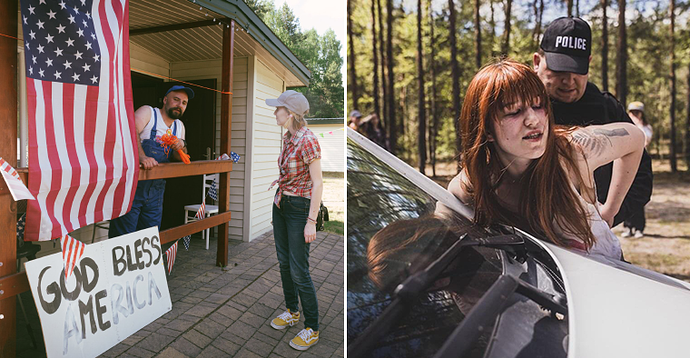 In Poland, People Are Roleplaying as Americans, Here Are The Best Photos

They just come together and show off their most American-ish outfits and act out various scenarios that they imagine would happen in the USA. It's brilliant.

A couple of the pics there: 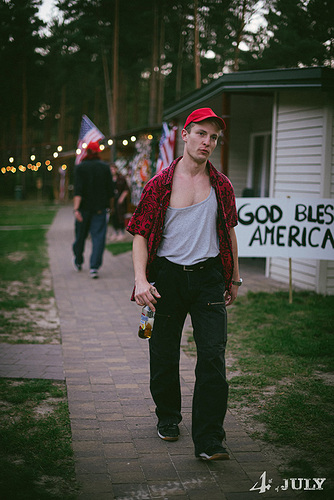 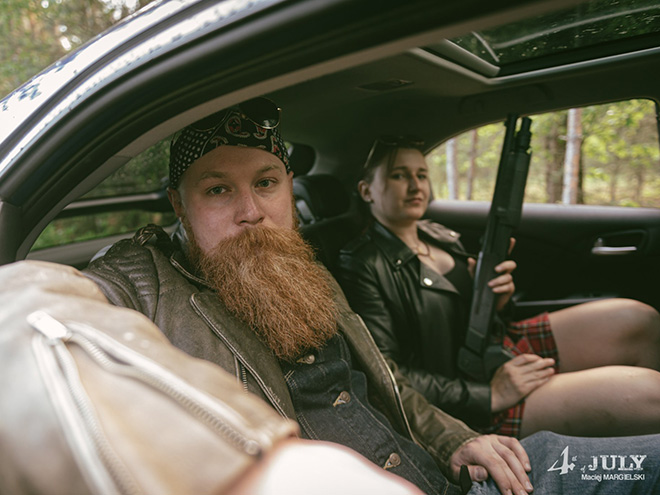 Yeah, I always thought the separator bar was just useful and polite, not some sort of microaggression. But maybe I never thought it through enough?

I’d be interested in a study of whether white people do actually use it more often.

I use it religiously; because too many people are not actively paying attention while waiting in the check-out line.

I want all the stuff I selected and nothing that I didn’t; making it out to be a microaggression just seems like someone with a bad attitude in search of a beef.

As a WoC, there’s way more actual problems for me to be concerned with right now…

I always thought it was just being polite and made it easier for the cashier.

Methinks the meme is likely a joke.

Works that way for me anyway.

What would the world be like without the constant pursuit of / focus on the “other?” Do folks ever regret how much time and resources they’ve wasted on this? 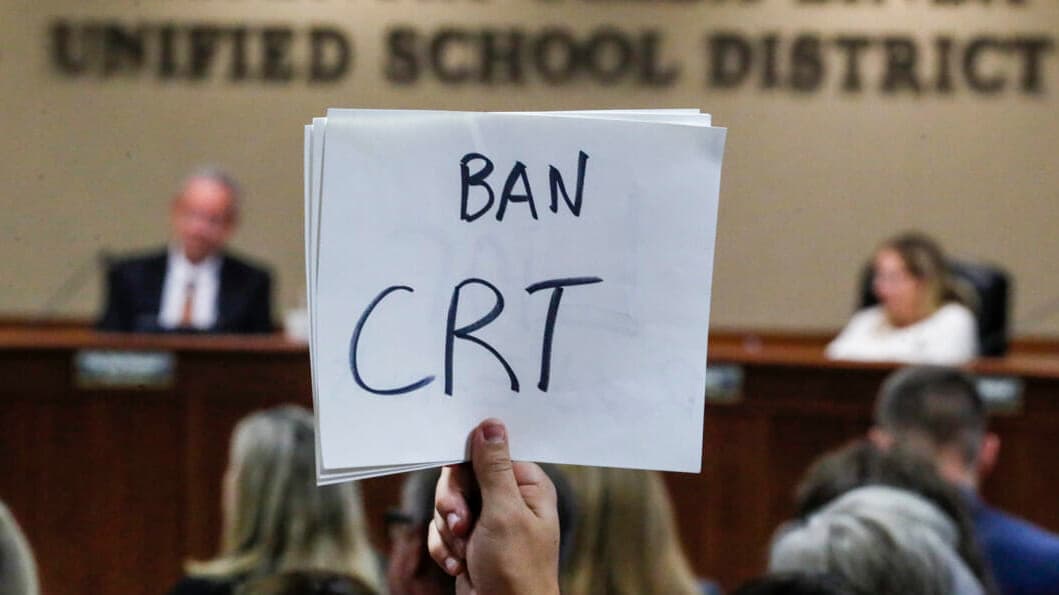 OPINION: The backlash against diversity, Critical Race Theory and “wokeness” is not anti-Black. It’s even whiter than that.

Do folks ever regret how much time and resources they’ve wasted on this?

I’d hope so, but sadly, I think there are some who do not…

Strong vibes of Comrade Detective going on there

I wonder. Do you think people who spent their lives stockpiling ammunition and prepping for an apocalypse are sorry when it never happens? It seems kind of like the same mindset.

Do you think people who spent their lives stockpiling ammunition and prepping for an apocalypse are sorry when it never happens?

This is what scares me about a particular group of Evangelicals. They are tired of prepping and waiting for their apocalypse - the Second Coming - so they take action to make it happen. They support groups that promise them control over governments (foreign and domestic), because they see war and conflict as a means to get what they want (and to hell with everyone else).

The wealthy folks with more money and free time than sense running those “take over the country” cabals use believers like that to gain power and control. However, I get the feeling that there’s a big gap between wanting that level of control and having it that they overlook. Running things requires a lot of work. Those folks who never had to work for much of anything might think they’ll find people and delegate all that, but the gaps in 45’s administration (and the revolving door) are just a small sample of what they’d face after stripping most citizens of their rights.

I hope that if they succeed, they’ll live long enough to regret it. If they really break this country, those they traditionally turn to for cleaning up every mess made by the mediocre masses won’t be here. What will they do for fun when there’s no one left to oppress, no one with enough money to con, no markets to manipulate, and no political games to play?

…and no one picking the crops, no one working in the abattoirs, no one doing the lowest grunt work in restaurants, office buildings, and nursing homes/hospitals, no one mowing the lawns, no one cleaning their homes or caring for their children?

no one working in the abattoirs

This, by the way, is what I remind people complaining about inflation on meat, is what’s really going on: between COVID and nearly a decade of immigration crackdowns, there’s no one working in meat processing plants.

They complain about $5/lb chicken wings but they don’t see the direct line between that and a lack of adequate worker visas.

Neal Stephenson gives his view on what happens in describing the denizens of Ameristan in Fall:

Their fathers believed that the people in the cities actually gave a shit about them enough to want to come and take their guns and other property. So they put money they didn’t really have into stockpiling trillions of rounds and hunkered down waiting for the elites to come confiscate their stuff. There’s no use for any of it. So they come here sometimes and ‘vote with bullets.”