Why are America's elites so needy?

Systems that take money from the poor to give it to the rich is some real dysfunctional third-world shit (apologies to third world countries). I’m seeing not just more references to 19th century “robber barons” but also references to robber barons where they specify - “we don’t mean the 19th century ones, we mean the Mediæval ones…”

What’s especially wonderful is Bloomberg calling it a failure of video games, instead of an instance of a rich person stealing from the state.

And effectively also stealing from his employees, too - the way the workers got totally financially screwed over by the company was legendary even in an industry that routinely has companies collapse while owing employees money as they keep people working while knowing they don’t have the funds to pay salaries. 38 devised whole new ways to put their employees on the hook for unexpected costs and deprive them of earned money and benefits.

But, yeah, framing it as a problem in video games is extra funny, given he didn’t understand the game business. I was working in MMOs at the time, and had no idea who Schiling was, but it was pretty clear he had no fucking idea what he was doing either in game development or business. He seemed startlingly clueless about the venture he had entered, and it turned out the company structure was full of family members and friends who also had no clue, so there was no one who understood the business to make non-insane decisions. Which was extra devastating when the venture involved creating the most expensive form of video game that required at least an order of magnitude more money than the standard AAA game. To have that kind of money on the line, you want someone who has a track record of not just having made some games, but having produced games with big budgets. At the time I thought he was super-rich and it was all his own money, so I shrugged and thought, “well, it’s his money to lose,” but that wasn’t the case at all, which makes it baffling, frankly that so many people went along with it and gave him money.

It’s interesting to see how the Republicans, who have framed themselves as the party of business, started passing laws and regulations in the last couple decades that were actually hostile to business. What they were was beneficial to capital; beneficial to established businesses and those that had already captured markets and were trying to prevent competition.

Those solid gold swimming pools and diamond encrusted Hummers won’t pay for themselves, after all.

the money “trickles” down to those who need it in a more efficient manner. Stories like this though expose the lie. 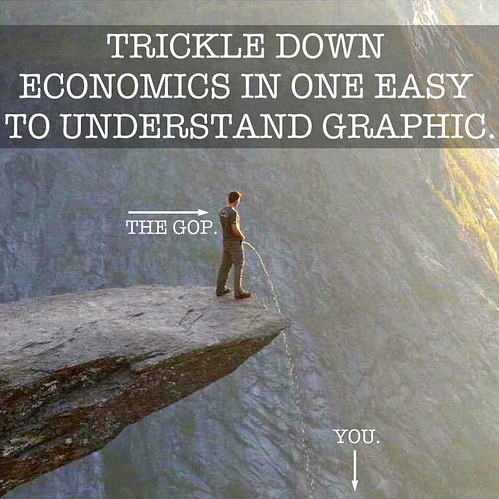 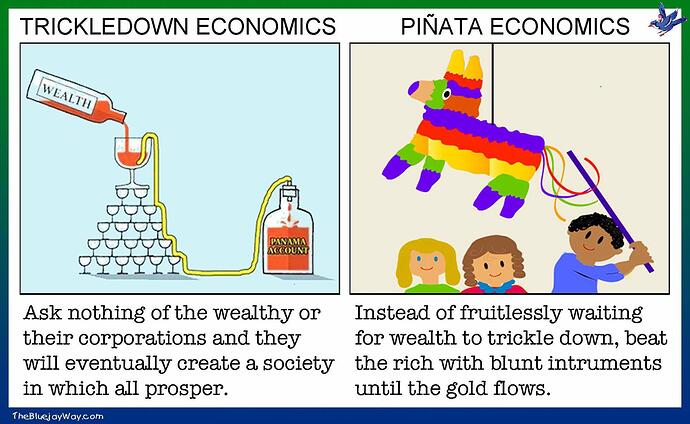 Is it good news or bad news to know that Democrats signed off on the relief bill(s), fully knowing that a lot of this would happen? It was written into the bill that big and medium business owners would get most of the money, with virtually no oversight.
All part of the “compromises” that Dems (and only Dems) have to do to get anything passed at all.

Why are American elites so needy?

Maybe it’s because they’ve decided that the only way to deal with the massive societal damage they’re causing is to double down so they can afford to finish their private fortress compounds before the inevitable collapse? 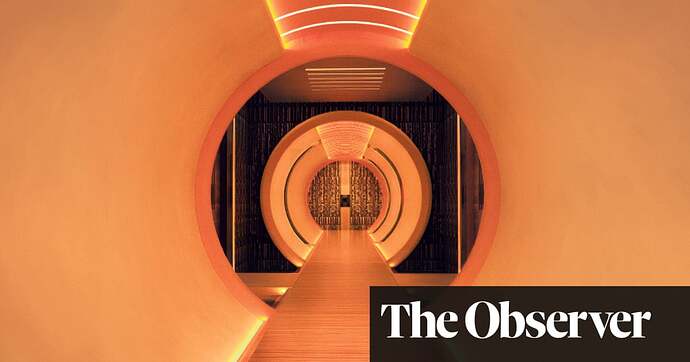 The super-rich ‘preppers’ planning to save themselves from the apocalypse

Tech billionaires are buying up luxurious bunkers to survive a societal collapse they helped create, but like everything they do, it has unintended consequences

One of the reasons I’m no longer a Republican, tbh. I love the free market, but so much of legislation is captured in this country to defend entrench interests.

the wealthier you are the more people (and governments) seem willing to give you free stuff.

What do you want, austerity for the wealthy? If you don’t give them free stuff, they won’t be willing to work hard exploiting everyone else. /s

Why are America’s elites parasites so ngreedy?

Why are America’s global elites parasites so ngreedy?

Is it good news or bad news to know that Democrats signed off on the relief bill(s), fully knowing that a lot of this would happen?

Given the situation at the time, I’d say good news. Being put into the position of, “we’ll let you dole out some money to stop some of the most vulnerable from starving to death or living in their cars or on the streets, but only if we get to give more money to the wealthy class, otherwise you get nothing!” is an untenable situation.
It’s a shitty system, which most of us here recognize. I think they did okay with the options they had during a hectic and brutal time. Not great, but better than nothing. I’m not sure what else they could’ve done in a timely manner. I’m totally open to being wrong about this.

To answer the headline, it’s because we don’t riot enough. We should be more like the French.

The most hilarious thing about the “super-rich prepper” movement is that the really seem to believe that when the shit hits the fan the people who run the bunker are really going to open the door for them instead of giving their reservation over to a person who knows how to farm or fix a generator or provide sexual services to the guy who just proclaimed himself warlord-for-life of the bunker tribe.

for me this looks foremost as a problem of Mississippi, why is nobody blaming the state that’s rerouting the funds? 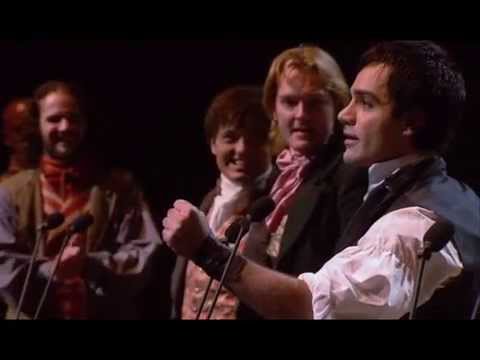 I could see letting someone like Musk or Bezos into my post-apocalyptic community despite their complete lack of useful abilities or character, but they probably wouldn’t like the reasons.

Yeah, after the story broke. If no one had ever looked into this, he would have kept the money. He says he didn’t know where the money was coming from, but he did know he was accepting money for speeches he wasn’t giving, so I find his excuse a little lacking.

Once you reach a certain wealth point in America you hire a financial advisory firm if you’re smart. After that your “people” take care of your money making money.

The most hilarious thing about the “super-rich prepper” movement is that the really seem to believe that when the shit hits the fan the people who run the bunker are really going to open the door for them instead of giving their reservation over to a person who knows how to farm or fix a generator or provide sexual services to the guy who just proclaimed himself warlord-for-life of the bunker tribe.

Well the article did mention that befriending your security staff and treating them very well prior to the apocalypse was a viable strategy to minimize that risk. But the ultra-wealthy at the table dismissed that idea out of hand and turned the discussion to the possibility of “obedience collars” for their ex Navy Seal staff instead.

There may be a point at which an excessive amount of wealth and power turns any human being into a Bond Villain. On the other hand, it may just be a case of self-selection.

Bezos is kind of skinny, though

Thanks. That was an interesting read.
My favorite analogy:

More than anything, they have succumbed to a mindset where “winning” means earning enough money to insulate themselves from the damage they are creating by earning money in that way. It’s as if they want to build a car that goes fast enough to escape from its own exhaust.

Has it never occurred to any of these . . . “elites” that if they want to survive a civilization-ending event, they don’t need a bunker. Just get a property in a struggling rural agricultural town, plow money into the local economy, improve the schools, build and staff a medical center, and become a well-loved (or at least tolerated) patron of the local businesses. Or hire someone else to do it in your name. I bet less than a million dollars in the right community would get your name on buildings, honorarium, and, should the stuff hit the fan, a place where food, medicine, and security would be far, far more available to you far longer than any bunker could hope to hold out.