Why Circuit City abandoned its 700 stores

Essentially, it lost its death match with Best Buy

And now Best Buy is losing its death match with itself.

began looking at employees as liabilities instead of assets

Yeah, I don’t think anyone in the business world has learned that lesson yet.

Best Buy was only part of it. It was Rick Sharp, former Circuit City CEO, who said that Circuit City would “never sell products over the internet”. His lack of foresight during the early days of Compuserve and 14k dial up killed the company. Despite that his best move was to create CarMax and keep it separate from Circuit City.

Another part of CC’s demise was their approach to real estate. Which may in part be why so many properties were abandoned. Circuit City’s approach was to find the cheapest strip or block to build on. If you pay attention to where CC stores were located they were always just out of reach or hard to get to in many cases. BestBuy paid more for properties and had better partners. Look at BestBuy store locations. They are front and center and easy to get to and plenty of parking and with decent retail neighbors…Former Circuit City properties sat empty after the closings because they were simply in bad locations.

How is CarMax doing these days?

CarMax is the United States' largest used-car retailer and a Fortune 500 company. The first CarMax location opened in September 1993. As of March 2017, the company had 173 locations. Prior to the first store being built, DeVito/Verdi was hired as the advertising agency and creative resource. The company executed the campaign and additional TV advertisements over the course of a number of years in support of the launch and the initial wave of stores. CarMax doesn't sell used cars exclusively. They...

Looks like… good? Also @Akimbo_NOT the video covered that specific revival at the end.

I loved Circuit City back in the day. Their customer service was excellent and they had a wide selection. I was sorry to see them go though I fully understand the lure of the internet.

Still, where are you supposed to do your comparison shopping? Oh. Yeah. Nevermind. 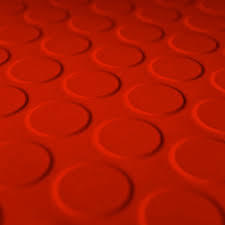 Yeah, I don’t think anyone in the business world has learned that lesson yet.

None of them ever seem to work out that to buy stuff you need money, to get money you need to work, thus eventually as they all try to get wages out of the business they will all go bust as the consumers with disposable incomes disappear.
CEOs are still living a business model in which they want to be the ones to kill and salt all the bison so nobody else can have any.

I’m not sure if it’s addressed in the video. If it is, sorry for being redundant.

The first thing I think of when remembering the fall of Circuit City is this:

DIVX (Digital Video Express) was an unsuccessful attempt by Circuit City and the entertainment law firm Ziffren, Brittenham, Branca and Fischer to create an alternative to video rental in the United States. DIVX was a rental format variation on the DVD player in which a customer would buy a DIVX disc (similar to a DVD) for approximately US$4.50, which was watchable for up to 48 hours from its initial viewing. After this period, the disc could be viewed by paying a continuation fee to play it fo...

Ah yes, a media format with the dubious honor of never being cracked, because nobody wanted to because it was crappier than DVD.

A good CEO kills everything and leaves rotten carcasses for the competition.

I don’t miss it because they always sucked. Overpriced, too.

The one I miss is CompUSA. sigh

At least we still have Fry’s! For now!

I find Fry’s to be a bit over-rated. More expensive than I can get elsewhere. Plus they’re not conveniently located to me. There used to be a CompUSA across the street from me, though. Now it’s a pet supply store.

Step 1: Select a media format capable of lasting for decades or even centuries.
Step 2: Find a way to convince people to throw it out after two days and pay to replace it.
Step 3: Find someone to blame when you are not profiting.

The Flexplay disc were even more insidious, as they involved a chemical reaction that would make the disc unplayable ~48 hours after opening the case.

Flexplay is a trademark for a DVD-compatible optical video disc format with a time-limited (usually 48-hour) playback time. They are often described as "self-destructing" although the disc merely turns black and does not physically disintegrate. The same technology was used by Disney's Buena Vista Home Entertainment under the name ez-D. The Flexplay concept was invented by two professors, Yannis Bakos and Erik Brynjolfsson, who founded Flexplay Technologies in 1999. The technology was developed b...

As a former Best Buy employee, Good. I’ve worked several retail chains, and the only one where I felt I was not offering a product or service at a reasonable price was Best Buy/Geek Squad.

I couldn’t sell a $30 USB cord with a straight face.

Well, you could… on commission.