Why do bugs bug?

It’s probably because Japanese bugs are awesome, while our bugs are tiny monsters.

Also, our grasshoppers are lazy and not prepared for emergencies, like the winter season.

[F]or many Japanese people, they are beloved pets…

When I was a kid I kept dozens of different types of insects in jars. I’d say a lot of them were “beloved pets”, at least as long as they lived. I’m not sure why I outgrew that. And I wonder if keeping aquaria is a Western version of that same desire to feel calm looking at “small things”, although the Japanese have aquaria and ponds too.

There’s also a Chinese tradition of keeping insects as pets, which I learned from reading George Selden’s A Cricket In Times Square as a kid.

But the “west” also has insects that are considered okay, or even cute: ladybugs, fireflies, butterflies, inch worms, to name a few.

One of the most popular insect pets in Japan: http://en.wikipedia.org/wiki/Japanese_rhinoceros_beetle

It’s probably because Japanese bugs are awesome, while our bugs are tiny monsters.

Would you prefer our bugs to be big monsters? 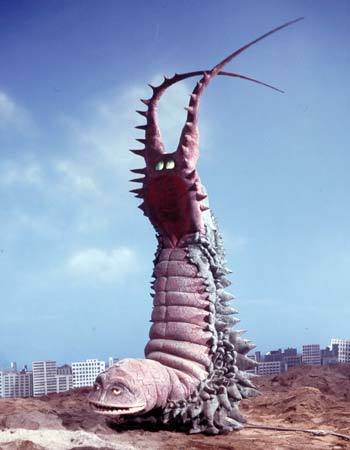 Ok, that is cute

With the wonders of genetic engineering, I anticipate rhinos the size of beetles as future pets.

That will be a happy day.

Molted Insect Skins Are so in This Summer: Japanese Entertainer Shokotan...

TV personality, outspoken otaku, avid cosplayer, diligent blogger: Japanese celebrity Shoko Nakagawa, or Shokotan, as she is lovingly referred to by fans, is known for many things. Normality is not one of them. Exhibit A: On August 11, the quirky... 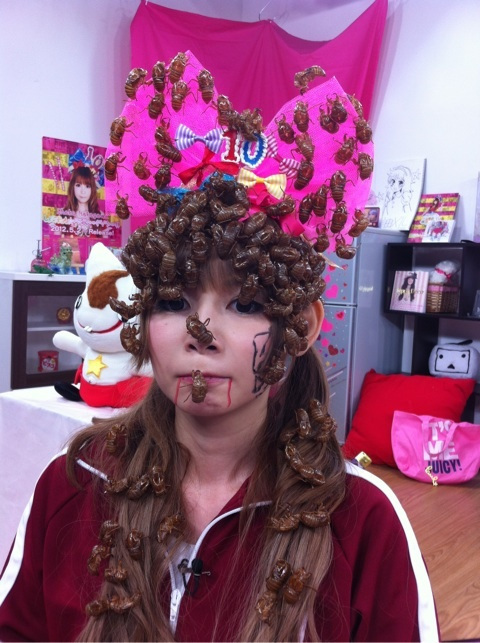 I tend to agree with Catherine Knight, as Japanese style harmony with nature tends to mean the ability to dominate and control nature. From tame deer, to concrete encased rivers and seashores, to bonsai trees and even the regulated satoyama human-nature border areas, Japanese seem to feel most comfortable when they are able to domesticate nature.

The Japanese giant hornet (Vespa mandarinia japonica) is a subspecies of the world's largest hornet, the Asian giant hornet (V. mandarinia). It is a large insect, with adults frequently growing to greater than 4.5 centimetres (1.8 in) long, with a wingspan greater than 6 centimetres (2.4 in). It has a large yellow head with large eyes, and a dark brown thorax with an abdomen banded in brown and yellow. The Japanese giant hornet has three small, simple eyes on the top of the head between the two l...

Genetic Engineering or no, that won’t happen. You can’t just scale a body plan up or down and have it be structurally stable. It’s also why Tinkerbell and Jack & the Beanstalk’s giant just couldn’t live. J.B.S. Haldane had a great essay about that - On Being the Right Size.

“they are beloved pets and sometimes even delicious food”

Get an ant farm.

…or install Windows…
…though those are pet bugs…
…is there a difference between bug pets and pet bugs?..
…don’t ask me what I smoked, I won’t share anyway…

Get an ant farm.

I got an ant farm one Christmas. The mail-order ants arrived in a plastic tube. It came in a plain brown envelope, and inside that envelope was another envelope marked “Cannot be mailed to…” followed by a list of states, including mine. I thought it was funny how easily they got around that.

Theres a c’n’h for that