Why do most book covers have the same horrible abstract blob design?

Originally published at: Why do most book covers have the same horrible abstract blob design? | Boing Boing

This is the era of the book blob | Boing Boing

For several years now, bookstores are overflowing with blobs of amorphous shape and warm colors. In Print magazine, RE Hawley explores the book jacket trend of the decade. From Print: This design t…

If you are the book cover designer and you copy everyone else, you can’t get blamed for bad sales because of the book cover. If you go out on a limb and the sales suck, there might be consequences. (See, e.g., No One Gets Fired For Buying IBM)

If you see a movie for the first time and swear you've heard the score before, it may not be your imagination...

I would like to see book covers generated by ML using only the title as a prompt.

I also work in a bookstore. It’d be more accurate to say most novels have this design. There are a few exceptions (you can see a couple non-fiction in the image), but in addition to the reasons already mentioned above, having the same cover design also makes it obvious at a glance what genre many books fall into. Novels have colorful blobs, pop science have mostly blank covers with a single household object, sci-fi books have a bland, generic image of a planet or spaceship, etc. And you absolutely would not believe how many books have the word “wife” in the title. I’m still trying to determine which “patient zero” contained wife in the title and sold SO well that it was decided 30% of all books from that point forward had to have it too.

Same thing seems to permeate pop music, virtually identikit beat, ‘tune’, autotuned vocals, and repetitive lyrics, repeating the same phrase over and over again, followed by la la la la, or something similar.
I’m forced to listen to BBC Radio One at work, the other day, out of twelve hours listening, only one track stood out, Nirvana ’Smells Like Teen Spirit’, and I think that was a request. British commercial radio is no better. The only station that plays a wide variety, and lots of new music, is the BBC’s 6Music, which has led directly to me discovering a huge amount of new artists and music. I also read and buy a lot of books, and it’s the cover that draws my attention - I’m afraid a wall full of covers like these will only give me a migraine!

And you absolutely would not believe how many books have the word “wife” in the title. I’m still trying to determine which “patient zero” contained wife in the title and sold SO well that it was decided 30% of all books from that point forward had to have it too.

I did a search at abebooks.com, starting at 1950, and it was pretty popular back then, too:
The Goldsmith’s Wife
The Country Wife
The Inconstant Wife
The Tiger’s Wife
… and that’s just the first page of results.

The Blank's Wife or Daughter (118 books)

118 books based on 13 votes: The Time Traveler's Wife by Audrey Niffenegger, The Painter's Daughter by Julie Klassen, Rasputin's Daughter by Robert Alexa...

Then I’ll write a sequel - bet you can’t guess what that will be called!

Sometimes the best answer to a question is another question. 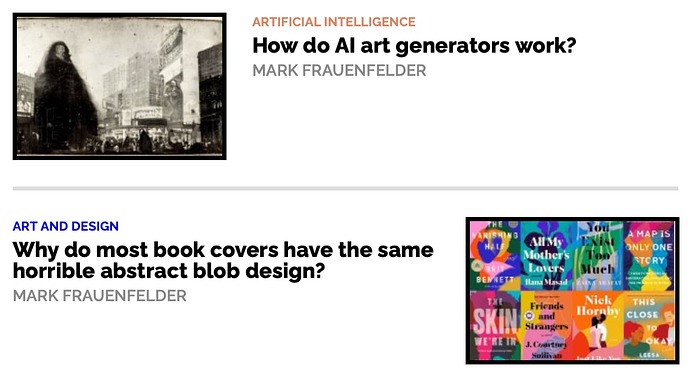 Sure to be a bestseller in 10 languages!, banned in 13 states and burned in 6 others!

It’ll replace Finnegans Wake as the book everyone owns but no-one reads!

I’m mainly into science fiction and I’ve not seen that sort of cover in that department. I do have to admit that I’ve not browsed a physical book sore in several years but browsing through Amazon, I see little, if any, of this abstract cover art.

Oh, I was just sorting out the first two. The series could be endless. Many generations will end up reading them (and being in them).

I’m thinking of calling the series “The Matriarchy Chronicles”. One of them will definitely be called “The Godmother”.

I’m thinking of calling the series “The Matriarchy Chronicles”.

Maybe you would consider calling it “The Matrilinnion”? It could tell the story of what all the women in middle earth were doing while the men of middle earth were fucking off to Mordor and making all stabby stabby with the Uruk Hai, getting squashed by Mûmakil and shish kabobbed by the Haradrim?

Or maybe not, it’s just a thought. You’re probably right to keep it anchored in the present.

One of them will definitely be called “The Godmother”.

I can see the back cover copy already:

The wives’ daughters make their daughters’ wives an offer they cant refuse!

Has any one been able to figure out why Baen published books tend to have bad cover art?

It is not like they hire only one artist to do all the art. 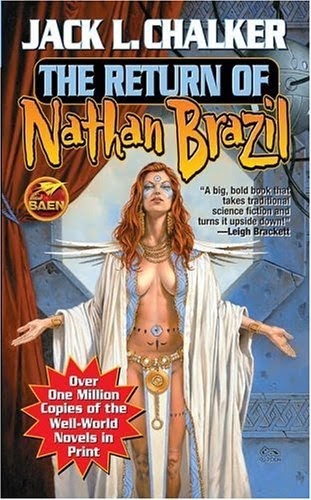 Baen (spelled with a double-D)

I've been trying to track down some obscure but supposedly excellent mid-century science-fiction short stories, and I find that some of them...

I mean, yeah. most popular music has a tried and true formula going back decades. The technology may change but the fundamentals don’t.

The vast majority of songs will be about 3 minutes long, 4/4 time, will follow the convention of verse-chorus-verse-chorus-bridge-outro, each section will be 4 or 8 bars, and the song will stay in one key. Even the chord progressions are almost always the same.

There might be some variations here and there; maybe a bonus 3rd verse after the bridge, a key change in the bridge that permeates through the remainder of the song, or something like a 5/4 time signature. Any real variation from the formula is rare.

Genre doesn’t matter — country, rock, R&B, dance, you name it. Once you hear it you can’t unhear it. And the reason is simple: it works really well.

Douglas Adams wrote something about this in The long dark tea time of the soul, but I can’t find the quote just now.

Well you can say they have bad cover art but they are at least distinctive. You can recognise a Baen published book at a glance.

And in my experience, there usually is at least a passing acquaintance between the cover image and the contents of the book which is not always the case.

I will also note that the covers chosen for the post you linked to are mostly for authors whose works are designed to appeal to a very particular demographic.