Why do we need the blood of a threatened species for a COVID-19 vaccine?

Thanks for the disclosure.

It is nice to see that some people do this.

Perhaps we can replace some of the confederate statues with horseshoe crabs (larger-than-life statues) to honor their contribution to medical science on our behalf.

Horseshoe crabs are crazy creatures. Amonst their long list of oddities, they have photoreceptors in 10 different places on their body (2 eyes plus 8 more spots) including the tip of the tail.

Also, from a pharma policy standpoint we need to quit incentivizing (paying) companies to do the right thing and instead just outlaw the crap that is causing ecological harm. Giving the companies the choice and then throwing tax dollars their way to insure that doing the right thing is more profitable is wrong headed.

Part of me is worried that, if these magnificent creatures are no longer used for lifesaving testing, they are more likely to go extinct?

But that would require a presumption of non-stupidity regarding protecting species, and a civilization that celebrated the demise of the passenger pigeon with one last big hunt…

Part of me is worried that, if these magnificent creatures are no longer used for lifesaving testing, they are more likely to go extinct?

Less a worry than a fact, I think.

This is a nice notion but this is sort of a running issue here on Amity Island so I’m pretty familiar with it.

As I understand it fishing for biotech isn’t the major pressure on Horseshoe Crab populations.

In the past these guys were the preferred (and cheapest) bait for anything you could fish with traps and pots. Especially crabs and lobsters. And they were massively over fished with few controls and. O quotas until the 90’s.

Biotech interest in the things paradoxically helped. It drove the price up to the point where they weren’t affordable as bait anymore. Coinciding with fishery controls being imposed.

You remove them from the biotech sector, the price falls. And they’re bait again. Currently discounting Virginia and parts of Asia the fishery is strictly controlled. If price comes down, those unregulated areas will increase the catch to serve the bait market. As it is the only market for these things is biotech and a small market as food in a few places.

Farming and better fisheries controls and what have are usually considered to be the better solution in all directions VS killing the biotech market.

I like the idea, but I would be more for it if we began with honoring people whose unwitting contributions advanced the science first.

Is this a species we could farm, if their blood turns out to be that valuable for medical research? Develop techniques where smaller amounts can be taken, resulting in not harming the animal?

Why DO we need the blood of a threatened species for a COVID-19 vaccine?

I’d have liked a bit more of an actual answer to the question. I get that later it became clear that the answer is “we don’t any more”, but still…

The sitting on a patent for 15 years because it is more profitable to do the evil thing the patent enables avoidance of is why patent law needs serious reform.

And BTW neither of the things referred to in that video as "mythic’ were mythic. They were real, factual things, not things of which myths are made.

The capitalist bias holds that nothing gets protection unless there is an economic incentive to do so. Small children, breathable air, wildlife, a good night’s sleep… Nothing is safe unless ut can pay out protection money.

It’s been a foundational principle of Empire since the beginning. You’re a peaceful village of subsitance farmers minding your own business? Fuck that, you now owe taxes to a distant sovereign!

If people want a future that includes horseshoe crabs, they’ll just have to figure out some other sector to take up the slack. Maybe more fracking will pay for it!

Just like with a person donating blood, it is the amount of blood that matters. Horseshoe crabs have an open circulatory system (like most animals; we’re the odd balls). If a whole is made and blood drained they won’t bleed out from the hole afterwards, so it can be done relatively safely. As taking more means more money, and the people doing the draining are more concerned with their own profits than ecological sustainability, the animals are often hurt in the process.

To detect endotoxins, apparently. I’d have liked a bit more of an actual answer to the question 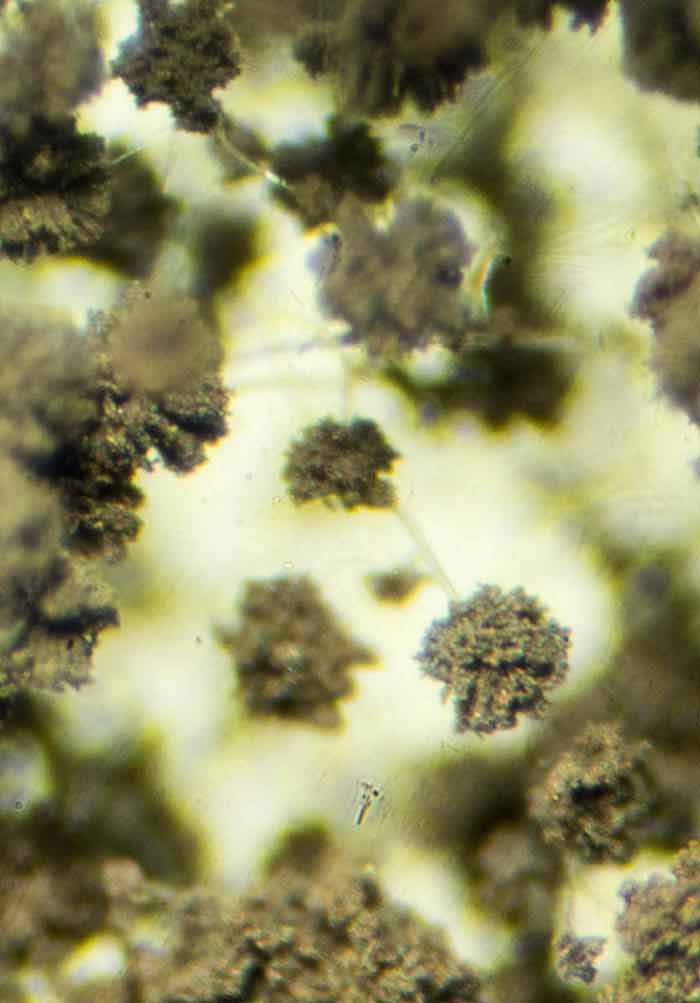 What Is Limulus Amebocyte Lysate (LAL) and Its Applicability in Endotoxin...

Limulus amebocyte lysate (LAL) is an aqueous extract of blood cells (amoebocytes) from the horseshoe crab, Limulus polyphemus. LAL reagent reacts with bacterial endotoxin and lipopolysaccharide (LPS), which is a membrane constituent of Gram-negative...

So we need to give them cookies and orange juice after?

For marine animals (assuming they are immediately put back in the water) dehydration isn’t a concern so the OJ isn’t needed, but like us their blood (hemolymph) contains glucose for metabolism so we should be giving them some food before release. Maybe a cookie made from dead fish, that sounds good

Does it turn out that is not the case?

It’s not the blood taking that’s the issue. It’s more catching them, holding them in tanks for months, then releasing them.

That puts a lot of stress on a critter.

In theory enough of them survive to allow the population to recover or grow seasonally. But there are much bigger pressures on stocks that probably mean that isn’t the case.

Is this a species we could farm

Big farming operations in China. Aquaculture in the US is largely done by Universities and extension programs under federal funding. There’s a very limited market for Horseshoe Crab. The price is quite high but we don’t actually need a ton of them for biotech. The food market for them is limited to parts of China and Vietnam, few other spots. And it’s shrinking cause they’re not very good. And it’s easily fulfilled locally.

So it’s kinda a weird spot to get into. If you could practically ban fishing globally it’d probably be a good business long term.

Farming is a fairly good solution, as you can harvest the same individuals repeatedly. Or release after to help bolster wild populations. The problem is largely the no other market, don’t need an endless supply one.

Capturing, holding, and releasing any marine animal leads to some % mortality. I say this as a part-time saltwater fisherman, knowing that my hobby kills some of the fish I catch. As a result, I don’t target threatened or endangered species, but I still keep in mind that some small number of fish I catch and release die despite the amount of care I take to avoid harm.

Horseshoe crabs are held longer and more harm is done to them as part of this process, thus more are going to die afterward. Clever companies would be putting a lot of R&D money into developing a synthetic substitute for the inevitable day that this causes a population crash and they can no longer get horseshoe crabs at all. But I guess they aren’t that smart.

Horseshoe crabs are held longer and more harm is done to them as part of this process, thus more are going to die afterward.

They’re also generally not as hardy as fin fish. Very sensitive to water temperature, pressure, oxygen and co2 levels and even stress.

You can’t pack them too dense or they will cannibalize each other.

They don’t even deal with shit like kids poking them on the beach too well. It’s currently illegal to handle them here. In any other way than putting them back in the water.

for the inevitable day that this causes a population crash and they can no longer get horseshoe crabs at all.

China put billions into farming them.

Fishermen here complain about the inability to sell them when they get permission to fish for the biotech market. The large Chinese and Japanese markets are largely handled domestically. And practically the only way to make money off it here is via a contract for direct sale to a lab in the area.

It had been good money for a few years in the 90’s. Though it mostly just offset the impact on bait prices from the same demand.

Apparently that looks quite different in places with fewer controls though.

Also their blood is based on copper (hemocyanin) rather than iron (hemoglobin) like ours. Which means they are like Vulcans. Except they don’t seem to be living long and prospering.

The blood collection process looks like something Doctor Who would find in a hidden room, then walk around slowly saying “I’m sorry, I’m so sorry…” 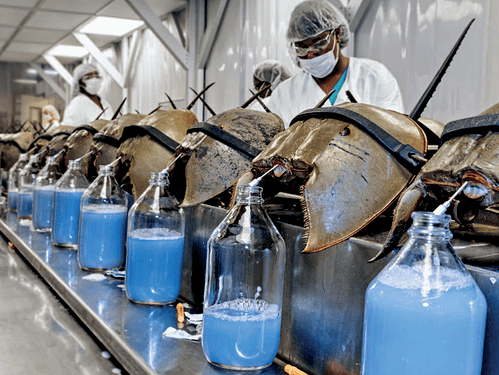 Christ, that looks horrible. The shit we humans do sometimes.

Horseshoe crabs are crazy creatures. Amonst their long list of oddities, they have photoreceptors in 10 different places on their body (2 eyes plus 8 more spots) including the tip of the tail.

Also, have you SEEN them??