Why mattresses have 'Do Not Remove' tags

I have never gotten the joke. Every mattress and upolstered furniture tag I have ever seen said very clearly, “not to be removed except by the consumer” or words to that effect. So all the jokes about how someone removed the tag from their mattress and is now in trouble always seemed to me to be coming from people who cannot read. 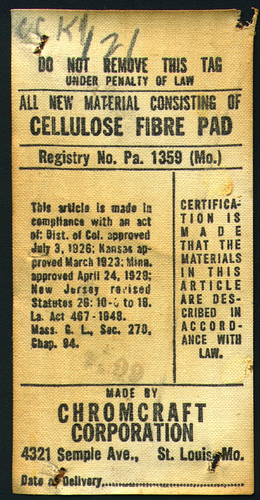 The article alludes to this. Thing is, once an idea that mattresses have unexplainable “do not remove” tags enters the public memory, most people do not crosscheck or even read for themselves.

Why expend that much work when the question has been alread answered as “unexplainable” ?

It’s basically the same mechanism that makes people regurgitate the same myths and anecdotes and even fake news.

C’mon, the meaning of the label has always been obvious. You may remove the tag as long as you eat it.

Confused Sleepers would be a great band name.

For some reason, though, the early mattress tags didn’t note that the end consumer could remove the tag, confusing generations of sleepers.

Bodily fluids. You are essentially sleeping on a giant sponge. Like this one ->
https://www.youtube.com/watch?v=n_zS2Y4b7N0

Why expend that much work when the question has been alread answered as “unexplainable” ?

It’s basically the same mechanism that makes people regurgitate the same myths and anecdotes and even fake news.

Yes! And apparently - get this! - a duck’s quack doesn’t echo, and NOBODY KNOWS WHY!

[Yes! And apparently - get this! - a duck’s quack doesn’t echo, and NOBODY KNOWS WHY!

Oh, I knew that, just as surely as I knew there are roving gangs of highly skilled doctors drugging people in bars and removing their kidneys.

Had to share. It was only during my time (well after 1972) that they clarified the wording on the tags. 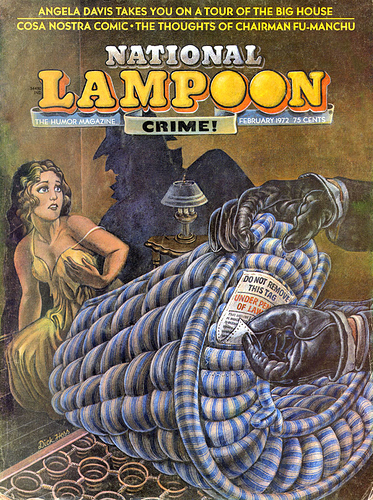 Not Glasgow? You mean Confused Sleepers didn’t open for Belle and Sebastian sometime in the mid 90s?

I knew them when they were Bewildered Nappers. But then they sold out.

With a name like that, they apparently became Fox News viewers.

Fox News doesn’t have viewers as such; cults have acolytes.

BTW, there are rumours about a Japanese cover band that goes by Perplexed Hibernators, but I’ve realized that I can’t be asked to check this.

I thought that was a movie with Bill Murray, where he kept waking up in Japan on the same day with Scarlett Johansson over and over again.

I have never gotten the joke.

Something I remember from when I was a little kidder: “Rowan & Martin’s Laugh-In” had a 15 second skit based on this. Guy rips off the tag, and a cop rolls out from under the bed and arrests him.