[quote=“Kimmo, post:581, topic:59394”]
Maybe you should set him straight?
[/quote]Could email him showing links to evidence, I suppose. Then again, he probably gets massive amounts of emails and mine wouldn’t even be a blip on the radar.

It may not surprise you, but Rousey is as tough a critic on presidential hopefuls as she is a fighter in the ring.

Link to the original article for any of those, who like me, had AOL spaz out on the blockers you’re running:

Here's a hint: It's NOT Donald Trump.

We need something to make the Bern cut through the bullshit for POC.

Maybe if he emphasised and extended his policies regarding the popo, he could get some traction.

As far as gaining on Hillary recently, yes. Longterm? No.

Hillary is bouncing back in polls after a steady decline, however, Bernie certainly hasn’t plateaued. His overall polls dipped slightly and are now back on the same upward clip as before.

If you look at the longterm trend, Hillary is still down from when Bernie entered the race despite her recent climb (which I think will level off soon – unlike Bernie). Meanwhile, Bernie’s overall climb continues despite a slight downturn after the corporate media distorted the results of the first debate.

Here’s Bernie as of today:

As we can see, If the media had hoped to lastingly thwart his climb, they failed miserably. If anything, he’s now at a steeper clip than before the brief lull.

Also, keep in mind that a lot of these polls are skewed against Sanders’ more likely voters (too much of a focus on landlines, too little focus on social media, etc.) so he’s closer to Hillary than they make him appear.

Another aspect to keep in mind is the media still avoids covering Sanders properly:

In some ways, I think this will work in Bernie’s favor as it’ll perhaps catch Hillary’s campaign off-guard when far more voters turnout for Sanders than they or the corporate media anticipate. Keep in mind, the same media that’s saying that Bernie doesn’t have a chance now is the same media that told us all until they were blue in the face that he’d never get this far.

No doubt much more work must be done if Sanders is to win. But we knew this would be a struggle of epic proportions from the get-go. It’ll be a hell of a lot of grassroots work for all of us, but Bernie can beat Hillary and it’s still clear he’ll destroy any Republican candidate in the general. 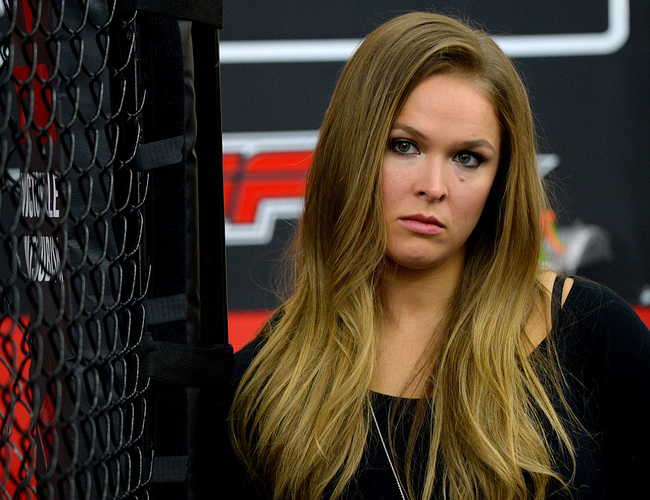 Also, this is an interesting take against all the latest media hype that still says Bernie can’t win:

Why Bernie Sanders Doesn’t Have a Superdelegate Problem After All

Dr. Rick Hardy and Dr. John Hemingway have been leading Mock Presidential Elections since 1975. During that time, students who have participated in these mock elections have chosen the winning party with 100% accuracy and have an astonishing record...

Thank goodness. I was very disheartened looking at recent polls. Those Benghazi hearings were so good for Clinton it was almost enough to make you think it was a conspiracy to get Sanders out by having the Republicans prop her up.

But in that mock election - I realize they have a good historical record, but who the hell is Lex Green? [rhetorical]

Thanks. Must have been channeling my mom, who continues her 20 year old AOL email address (and pays for it!!!). 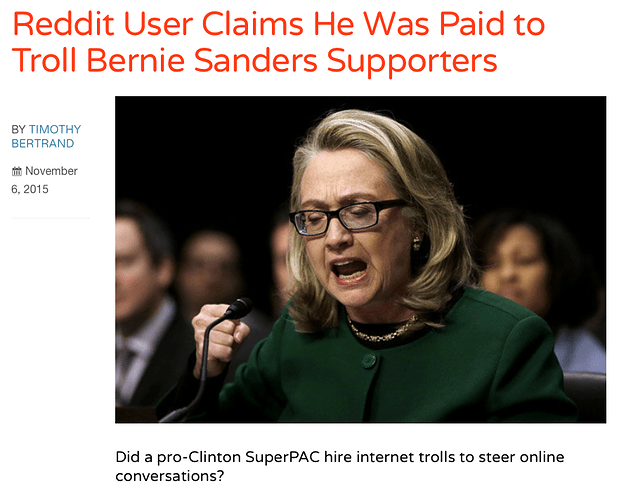 If allegations are true, this may be related:

People that participate in astroturf can be incredibly unpredictable. There’s very little actual loyalty among astroturfers. Astroturfing participants can easily be bought and turned against the very goals they were enlisted to fight. There’s nothing more fun and enlightening than picking the cross-referenced brains of exiled astroturfers whose loyalty can be bought for a few bucks. Not to mention how easy it is to position moles into place who happily collect money while also collecting vital strategic information.

Lack of loyalty is a bitch nowadays. Hahaha…

Pundits and astroturfers often lack any real heart or genuine fortitude behind their efforts because they know they’re full of shit and many of them are cowards anyway. Some might even dare grow a conscience over time and then the campaign is really screwed. At any moment, they turn into whistleblowers and bring the campaign down (or stunt it drastically) by simply telling the truth. That’s a 2015 dynamic they can’t properly contend with anymore. Once the lies are exposed, they stay exposed and damage control isn’t what it used to be.

The post originally appeared in /r/sandersforpresident, but was removed by admins who say the user offered no proof of employment as a paid internet troll.

This is a powerful endorsement for Bernie Sanders: 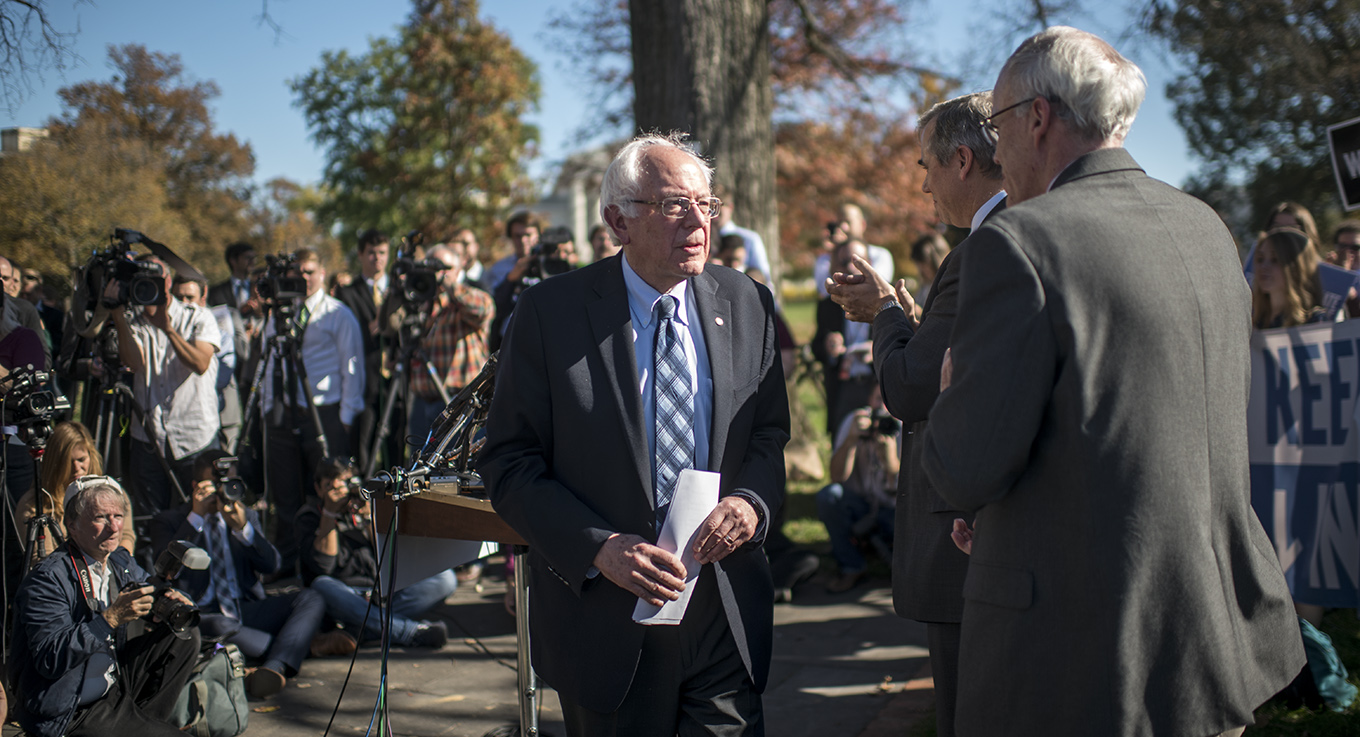 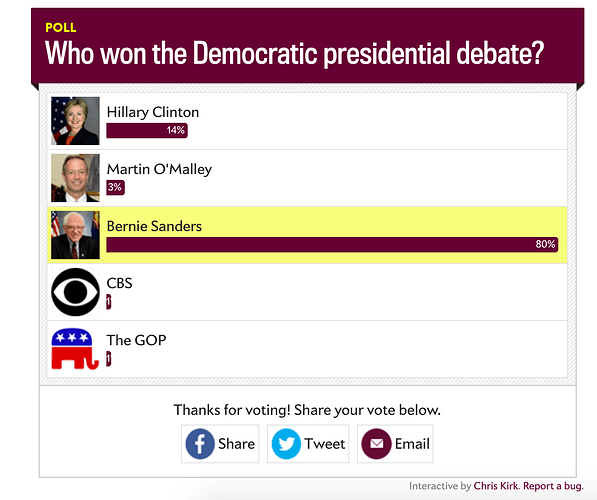 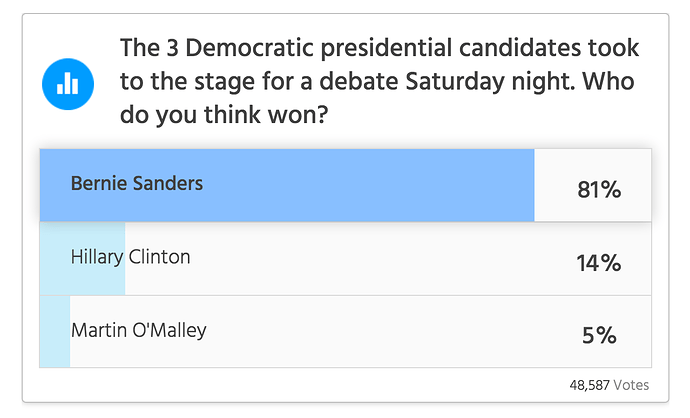 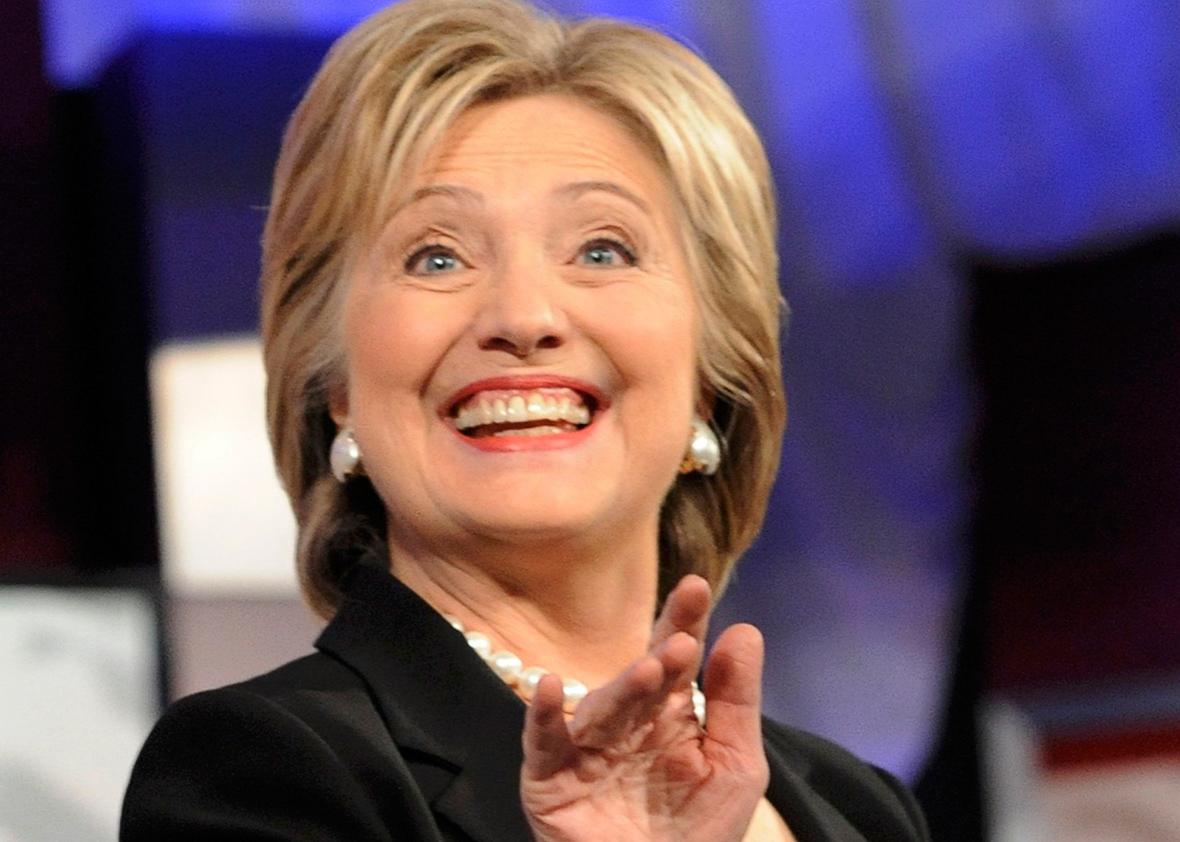 For the most part, Hillary Clinton was able to parry her rivals effectively enough, sometimes quite cynically.

Slate is weird. Some good vision going on, but the editorial stance is radical centrist/DC-bubble/weathervane. It’s been that way from the beginning, hence the drama around Paul Krugman’s move to the NYT. They’ll never give any apology for their preference for Very Serious Reputation over competence and integrity.

As much as I think Lessig is a dumbshit, his original TED talk about the Lesters is on repeat-play. The mainstream media have chosen Hillary, and so the anointing process is in full swing. They have chopped Bernie’s legs out from under him.

Corporate media doing what they’re paid to do.

They have chopped Bernie’s legs out from under him.

They’re trying, but we knew the corporate media would be hostile from the get-go. This has been the status quo from the very beginning. You really shouldn’t underestimate the power of social media and offline organizing that’s going on right now underneath the radar of the corporate news media.

Bernie’s “legs” is the strong grassroots movements that surround and support him. We are continuing to grow in strength. The media isn’t chopping us down whatsoever. As a matter of fact, we’re growing despite the corporate media. Don’t believe the corporate media hype that falsely claims otherwise. They’re just trying to wear you down.

social media and offline organizing that going on right now underneath the radar of the corporate news media.

Would be interesting to see a media consumption breakdown of BS vs HRC supporters. Like who gets news from traditional sources (TV, newspapers, etc), vs online / social media sources.

I’d strongly suspect that HRC supporters consume a lot of corporate media (whether that be online or offline sources). That’s why old-school word-of-mouth both online and offline is so vital. While it serves some purposes here and there to utilize mainstream media, we’re not going to reach many of the misinformed via a corporate media that specializes in misinforming people. It’s up to individual Americans working in solidarity to inform one another on Bernie Sanders and expose Hillary Clinton for the fraud that she is.

Did you see this? 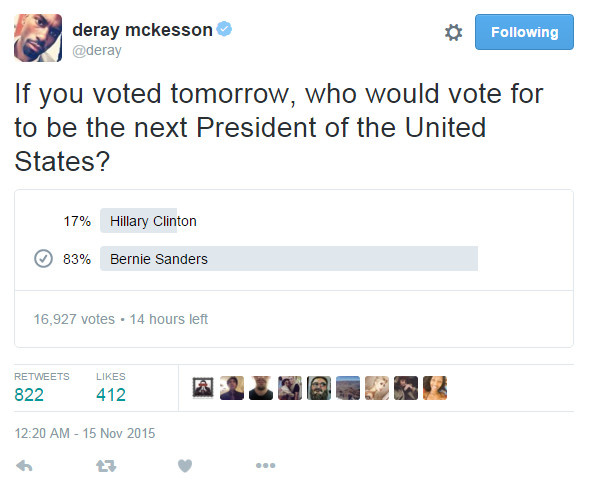