I think that Sanders has more to offer many Trump supporters than a lot of the Republicans do. Trump’s popularity is less about him being racist, and more about him being seen as sticking it to the establishment. Bernie does the same. I think you could get a certain percentage of Americans to vote for a fire to consume congress and the white house more easily than you could get them to vote for Bush or Clinton.

The kind of right vs. left thinking that the media boils everything down to is a big part of why political pundits are right as often as stopped clocks.

I wonder if a lot of Bernie Sanders supporters who demonize Hillary will do the same thing.

There’s a real chance some won’t, but there are plenty of Clinton supporters who don’t want Sanders to win, particularly those who are providing the big donations to her campaign.[quote=“Kimmo, post:708, topic:59394”]
But in hindsight it turns out that you can only reconcile his words and his deeds by plumbing new depths of two-faced arsehole and cranking your cynicism up to eleven.
[/quote]

I recall someone putting together an Obama-on-the-campaign-trail debates Obama-the-president video on surveillance in the wake of Snowden. Seriously, on that issue, I feel like the truth is probably that the NSA or CIA is blackmailing him. He look so resigned and tired when he defends them. Maybe that sounds like a crazy conspiracy theory, but I don’t think I would put anything past the American intelligence structure.[quote=“khepra, post:715, topic:59394”]
Some of my favorites are Julian Castro
[/quote]

So not Raul Castro, then.

I recall someone putting together an Obama-on-the-campaign-trail debates Obama-the-president video on surveillance in the wake of Snowden. Seriously, on that issue, I feel like the truth is probably that the NSA or CIA is blackmailing him. He look so resigned and tired when he defends them. Maybe that sounds like a crazy conspiracy theory, but I don’t think I would put anything past the American intelligence structure.

Yep, anyone who digs Vidal and/or Chomsky knows the score. It’s the Golden Rule; realpolitik 101.

The vectors of influence various sources of entrenched power can bring to bear on the Prez are likely numerous and extremely persuasive.

I feel like the truth is probably that the NSA or CIA is blackmailing him.

I wouldn’t disbelieve that. I have heard by rumor that good old FBI director Hoover was fond of greeting each new president with a big folder of info on them that would go public if he didn’t stay in his position. Even if not true he had many presidents afraid enough to not fire him because of the political fallout.

I recall reading an article about the uselessness of MI-5 (quite probably linked from boingboing) which detailed how they fabricated a scandal against one of their own directors because he was going to end a program where they considered failed missions to be evidence that the involved agents were Russian spies. I think intelligence agencies gather information to harm people who would harm the intelligence agencies, and I don’t know that they do much of anything else.

MI-5 (and 6) have always been useless. From the very start they were filled with Soviet spies. Their Director General in the 50s and 60s (Roger Hollis) almost certainly was one. They are amusingly shambolic. Even Le Carre books seem to be generous about them compared to the reality.

replying to myself cause well gee that was odd timing. not that tabloids are the best source of facts…

Among the larger universe of potential Democratic primary voters,
Sanders’ lead increases to six points, 50 percent to 44 percent. In
October, the Vermont senator held a nine-point lead over Clinton.

outperforms Clinton in hypothetical general-election matchups in these
two presidential battleground states - something other surveys have
found, too.

The primary reason why Sanders tests better in
these general-election matchups is due to his stronger performance with
independent voters. Donald Trump and Ted Cruz are running neck and neck in Iowa, while Hillary Clinton and Bernie Sanders are also locked in a tight race.

I can’t remember why I ended up being signed up for this (probably @cowicide), but MoveOn is running a vote to decide if they will endorse a Dem candidate this time around - they endorsed Obama in 2008.

I don’t think you can vote if you weren’t already registered, but the result might be interesting. 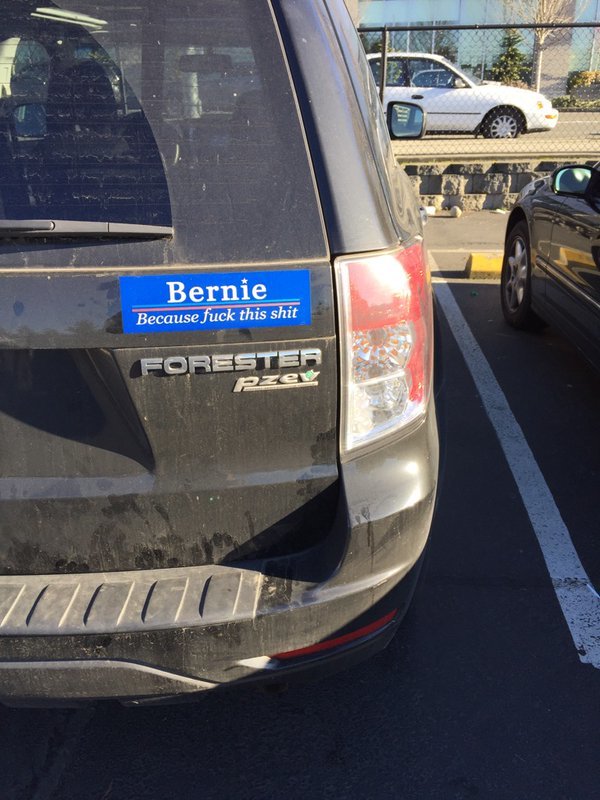 Is this for real, or one of your funny 'shoops?

Not sure if shopped, I found it on Reddit methinks. I suspect it’s shop’d, I can tell by the pix…

T’would be totes awesome if realz. Pretty sure if it would increase one’s chances of getting pulled over, though. 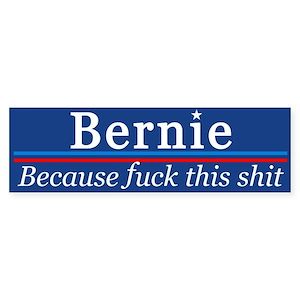 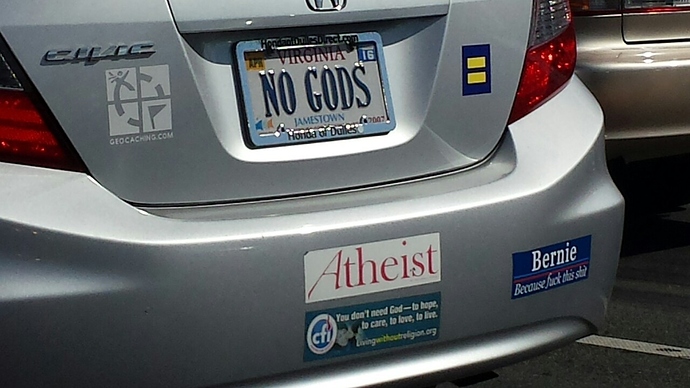 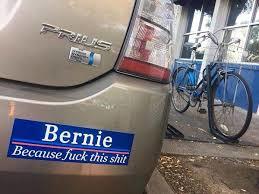 Well, thanks for making me cry yet again today, ya big meanie. Where the heck is the happycry emoji???

Getting real in Iowa …

"Iowa Democrats are displaying far less passion for Hillary Clinton than for Senator Bernie Sanders of Vermont three weeks before the presidential caucuses, creating anxiety inside the Clinton campaign as she scrambles to energize supporters and to court wavering voters.

The enthusiasm gap spilled abundantly into view in recent days, from the cheering crowds and emotional outpourings that greeted Mr. Sanders, and in interviews with more than 50 Iowans at campaign stops for both candidates. …" The Top 5 Reasons MoveOn Members Voted to Endorse Bernie (with the Most Votes...

It’s extremely telling how consistently different the results of votes are from the polls out there. The antiquated, hobbled mainstream polls the establishment media continues to trumpet (that pundits and naysayers parrot) are showing their skewed flaws for all who bother to just look.

The naysayers don’t understand just how flawed these polls are for 2015 and 2016.

When the actual votes are counted, there’s going to be a lot of confused people who should have taken a closer look at the flawed, mainstream polling methodologies they previously took as gospel.

While some don’t believe that Bernie is socialist enough to free america from corporate rule, I still believe that he’s only a small part of the socialist movement; hell, I believe with the Republicans being brought out, the 2020 election will pit the Democrats against the Socialist Party. 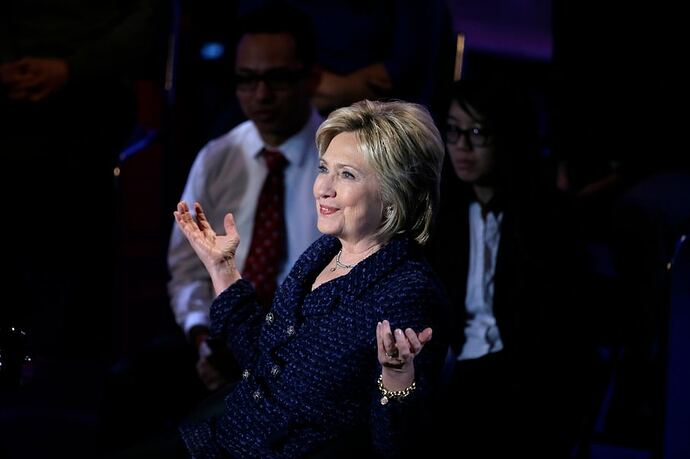 Clinton rips into Sanders as her Iowa lead vanishes

Hey, what’s with this fucken crap? 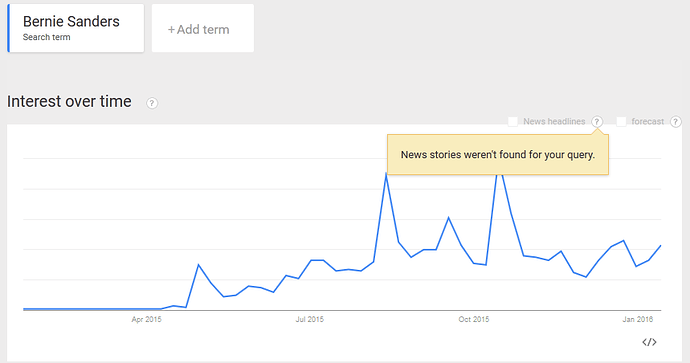