Hey, Riders in the Sky. I saw them once at Tennessee Performing Arts Center where they did the show every week, I think. The bass player had a western swing band that gigged at the Station Inn that I caught randomly while home one Christmas, and the frontman’s kid was in a band called Les Honky More Tonkies I saw at Sweetwater. All great groups, the Riders have deep roots in Nashville.

I was driving across the country. I was in the middle of Western Nebraska and a huge 10 foot tall tumbleweed rolled out in front of my car. I panicked. I gripped the wheel tighter. I braced for impact because the thing was right in front of me. Aaaaah!

Poof! I drove right through it as if it wasn’t even there. It erupted in a shower of thistle shards.

That, originally, they’re leaves? Which he’s “rolling?” (Works with “weed”, too…)

I got to see them at an Austin City Limits taping, about 26(?!) years ago. The woman near me teared up and sniffled when they got to “Tumbling Tumbleweeds,” and sure, why not?

Poof! I drove right through it as if it wasn’t even there. It erupted in a shower of thistle shards.

I remember seeing that somewhere in the Texas Panhandle. Tumbleweed was higher than the car which it rolled into; car just kept going. BTW a great soundtrack for driving through that part of the country is Sonic Youth’s Bad Moon Rising.

Yep, and yep. (So @mocon’s post of the Dude’s photo is doubly apropos.)

I drove from Denver to Taos in the fall of 2012 and found a patch of purple ones. Pretty to look at, but they were full of thorns, and the seeds grab on like velcro. Nasty things. IIRC this was at the junction of US 50 and State Route 149, west of Gunnison. 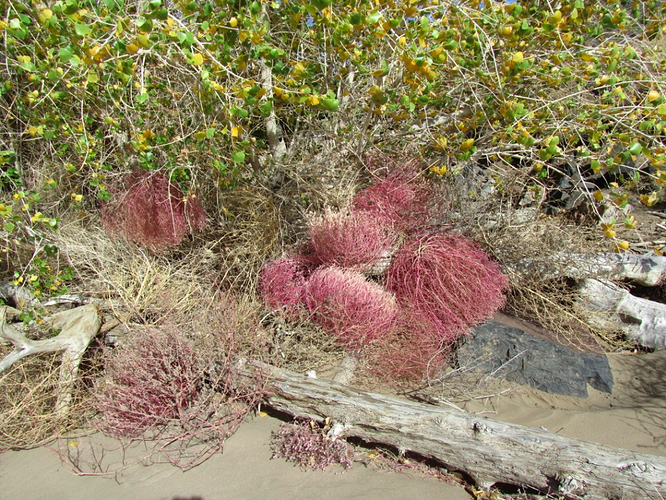 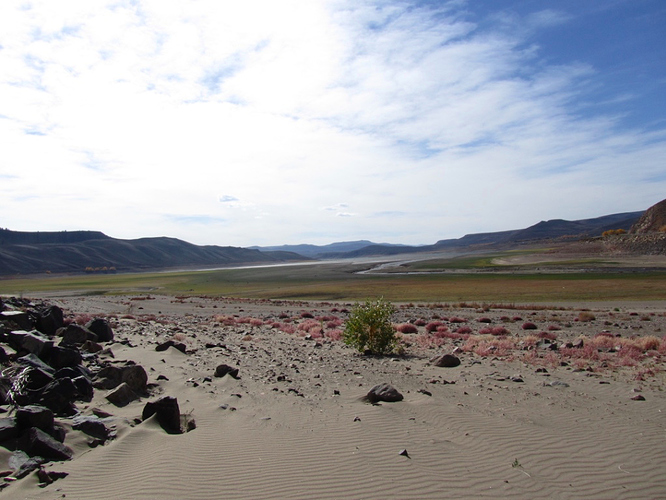 Lucky you didn’t hit the center/root. I was in a car when that happened on a stretch of highway, and we got our windshield cracked.

Our car was saved by the special collision layer of cells.

I got one caught under the car in a place where I couldn’t pull over safely and spent the rest of the drive both giggling at ridiculousness of the situation (and the sound it was making) as well as petrified that it was going to catch on fire.

The classic tumbleweed that we know from old western movies yes. But there’s a second species that we often overlook, Sisymbrium altissimum, Jim Hill mustard

These things are a great mystery to all who watch Western movies here in my country.

You can ask anyone on the street what the hell was that thing we can see running around in every dusty streets, in every necessary dueling scenes, or in every generic ghost towns. No one will know what to say.

Now I can play the American film and culture expert and say it was just a dry bush.

FWIW, as a kid from the US Midwest and then South, none of us really knew, either. Knowing that they were named “tumbleweeds” confirmed their seeming plant origin, but “live or dead?” Didn’t know. The whole growing-from-the-ground- then-dying-and-breaking-loose thing was also unknown.
Closer to adulthood, I stumbled across an explanation in print somewhere, but it was written by and for US people, so I surely wouldn’t have known otherwise.

So it was a mystery even to Americans!

I always thought it was just garbage or pet hair, like sheep’s fur, lrolling through the dry plains. I always liked the sound of the wind, whistling as it raised clouds of dust, and of those things rolling, rolling, rolling as if they were alive.

These things delivered a great deal of drama to the movie scenes. Making the loneliness of those people hardened by geography and violence very evident.

You are a master of timing.