William Shatner: Actually, going to space was a huge bummer

I’m sure Jeff Bezos and his Blue Origin goons really appreciate the free publicity. This is great PR! 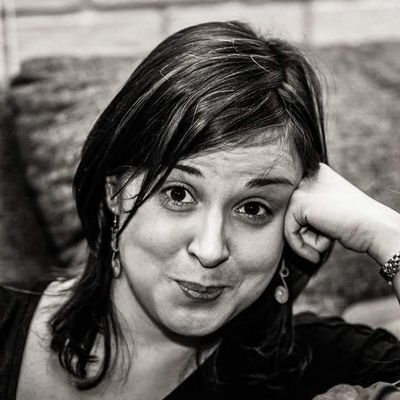 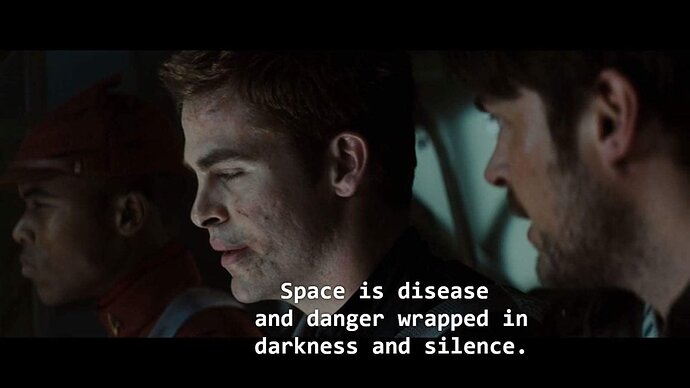 Here I was thinking rocket travel was the ultimate joy-ride, and who wouldn’t want to head into space? But he’s absolutely right - he was leaving behind the only source of life we have access to. I imagine that might be similar to scuba diving - it might be a beautiful view, but you’re leaving a perfectly good atmosphere behind in exchange for travel to a place that literally doesn’t care if you’re there or not, or if you live or die.

If one is already considering the destruction of our spaceship earth from the cold darkness of space, it would be difficult to not also be struck with the profound coincidence of doing so aboard a craft born out of the embodiment of wanton and unfettered capitalism that also happened to commmandeer the SEO from the Amazon Rainforest, a little natural feature known lovingly as “The Earth’s Lungs”

I think it’s great that he wrote about it that way. Every astronaut says some version of this, but Shatner’s take is more strongly worded, which I think we need.

Astronauts always come back wanting to scream at all of us, “GUYS YOU DON’T GET HOW PRECIOUS THIS PLACE IS. IF WE FUCK IT UP EVEN SLIGHTLY MORE WE’RE ALL DEAD”. They usually word it more like, “the earth is a beautiful oasis in the darkness” or “the blue marble that gives us life is rare and fragile”, but I’m glad see Shatner saying the quiet parts louder.

Some have gone with “Space is trying to kill you every second you’re out there” and all some people hear is “someday we’ll live there.”

I think it’s great that he wrote about it that way.

This ‘pale blue dot’ is the only home we’ve ever had, and most of us abuse it horribly.

Further down he mentions the Overview Effect. He is far from the first to experience it. The Earth is beautiful and fragile - protect it. 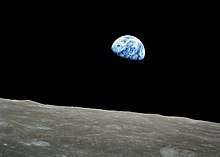 The overview effect is a cognitive shift[Note 1] reported by some astronauts while viewing the Earth from space. Researchers have characterized the effect as "a state of awe with self-transcendent qualities, precipitated by a particularly striking visual stimulus". The most prominent common aspects of personally experiencing the Earth from space are appreciation and perception of beauty, unexpected and even overwhelming emotion, and an increased sense of connection to other people and the E Broad...

Our lifeboat is on fire and we’re pouring gasoline on it because fire is pretty.

I dunno. I kind of see this viewpoint as very Earth-centric. We weren’t the first on this planet, we probably will be the last for quite a while, but the universe is actually teeming with life. Just not how most of us recognize life in our Earth-centric point-of-view. 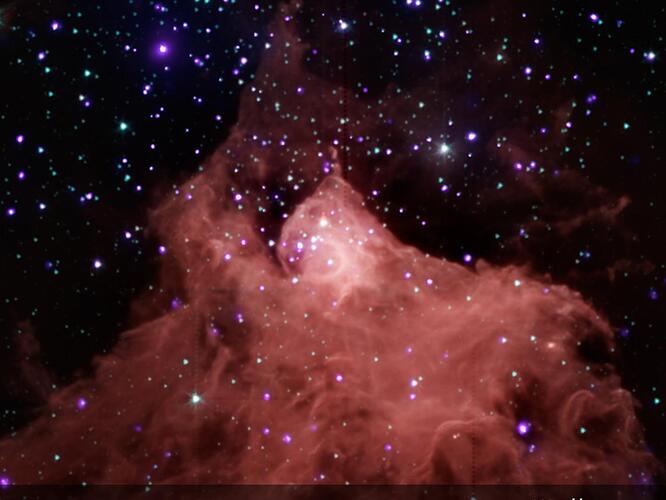 The Formation of Stars

Cepheus B, a molecular cloud located in our Milky Galaxy about 2,400 light years from the Earth, provides an excellent model to determine how stars are formed.

I dunno. I kind of see this viewpoint as very Earth-centric. We weren’t the first on this planet, we probably will be the last for quite a while, but the universe is actually teeming with life. Just not how most of us recognize life in our Earth-centric point-of-view.

I get what you’re saying but we’ve not found any life in our solar system thus far. We’ve found what might be remnants of life. We’ve found hints that there could be life in various places, maybe. But for this solar system, we’re alone. It’s just us. On this planet. And in a lifetime, we can’t reach anywhere else in the entire solar system where we’ve found life. Any life. At all. Not just life like we see on Earth, but any life. It’s all dead. It’s all, thus far in our solar system, incapable of hosting life.

So maybe the universe on the aggregate is teeming with life, and maybe some of that life looks even like life we’d recognize here on Earth, but if we can’t reach it, that’s kind of irrelevant to what we’ve got going on.

but if we can’t reach it

I’m not in favor of early extinction, but I’m okay with dying out at some point. We’re just a blip on the radar.

I can only assume you’ve heard of the trope that Earth is basically Space Australia, and Humans are Space Orcs?