Well, you have some rather polar opposite ways of increasing your buoyancy which will greatly reduce the effort it takes to float and tread water:

It’s possible to do both, but tricky.

Hey, this is just the plot of that one Magnum P.I. episode.

I guess we have some idea of the mean age of Boing Boing readers.

One of the songs she, ironically, sang was the theme to “The Love Boat”…

Your best bet in case of a heading that’s awkward yet accurate is to just rewrite it so readers don’t fixate on it:

Woman falls off cruise ship, is rescued after treading water for 10 hours

And as my relatives have been threatening for years to drag me onto a cruise, treading water for 10 hours singing the Love Boat theme is pretty understandable (srsly, though, poor woman; a cruise AND this happens).

Shark population off Croatia is in bad shape.

On Facebook, a Norwegian crew member wrote that Longstaff had “jumped” and had been “arguing with her fella the whole time.”

I don’t want to speculate on this particular case, but incidences of passengers jumping from cruise ships do occur. When I worked on a small cruise ship in 1990, we had a drunk passenger do just that. Fortunately, a crew member saw it happen and we followed the man overboard procedures for which we trained and was able to recover the passenger. Apparently, he thought it would be fun. I’m not sure he ever understood how close he came to dying that day. A person in the water is very hard to see; had anything at all gone wrong during the recovery process, he would have been lost.

The woman in this story is incredibly lucky to be alive, no matter how she ended up in the water.

Is there a psychological condition that makes people want to jump from high places into rushing water? A little voice that say “jump”? For normally non depressed/suicidal people?

We stand upon the brink of a precipice. We peer into the abyss—we grow sick and dizzy. Our first impulse is to shrink from the danger. Unaccountably we remain. By slow degrees our sickness, and dizziness, and horror, become merged in a cloud of unnameable feeling. By gradations, still more imperceptible, this cloud assumes shape, as did the vapor from the bottle out of which arose the genius in the Arabian Nights. But out of this our cloud upon the precipice’s edge, there grows into palpability, a shape, far more terrible than any genius, or any demon of a tale, and yet it is but a thought, although a fearful one, and one which chills the very marrow of our bones with the fierceness of the delight of its horror. It is merely the idea of what would be our sensations during the sweeping precipitancy of a fall from such a height. And this fall—this rushing annihilation—for the very reason that it involves that one most ghastly and loathsome of all the most ghastly and loathsome images of death and suffering which have ever presented themselves to our imagination—for this very cause do we now the most vividly desire it. And because our reason violently deters us from the brink, therefore , do we the more impetuously approach it. There is no passion in nature so demoniacally impatient, as that of him, who shuddering upon the edge of a precipice, thus meditates a plunge. To indulge for a moment, in any attempt at thought , is to be inevitably lost; for reflection but urges us to forbear, and therefore it is, I say, that we cannot . If there be no friendly arm to check us, or if we fail in a sudden effort to prostrate ourselves backward from the abyss, we plunge, and are destroyed.

“The Imp of the Perverse” - Poe

The woman in this story is incredibly lucky to be alive, no matter how she ended up in the water.

Seriously. The US Coast Guard says when they’re called out for a COB (crew overboard) event, in 40% of cases that person is never seen again, alive or dead. ie they don’t even find the body.

Is there a psychological condition that makes people want to jump from high places into rushing water? A little voice that say “jump”? For normally non depressed/suicidal people?

When I used to work fish boats off the West Coast of BC I can distinctly remember being on the deck, at night in the middle of nowhere in heavy weather and thinking ‘I could just jump in’.

I was and am not suicidal so of course never had more than just the fleeting thought, but it was a genuine and real thought, and it happened often. When I mentioned it to Mrs. rocketpjs (who also worked on fish boats) she was surprised and said she had thought she was the only one. 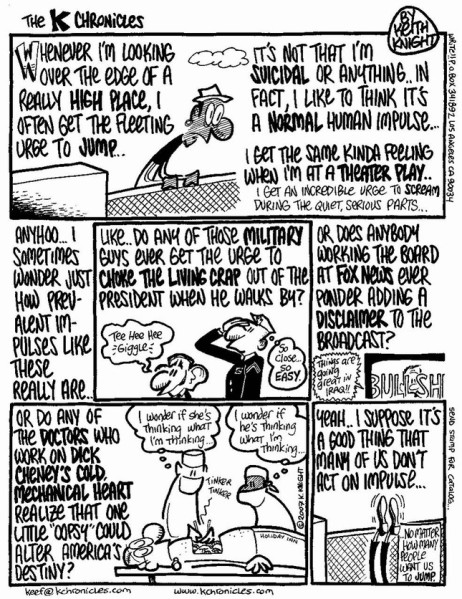 Apparently Winston Churchill avoided going on the Underground because he felt the same sort of thing about jumping in front of the train. He had associated it with his “black dog” depression. By the sounds of some of these posts, it may have been a separate, common condition.

It’s possible to do both, but tricky.

Like most things in life, there are clubs dedicated to just that: 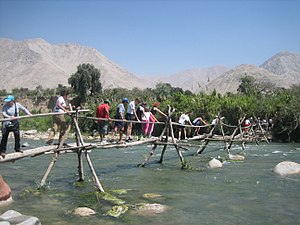 The Hash House Harriers (HHH or H3) is an international group of non-competitive running social clubs. An event organized by a club is known as a Hash or Run, or a Hash Run. A common denominal verb for this activity is Hashing, with participants calling themselves Hashers. Male members are referred to as Harriers, which females are known as Hariettes. The Hash is humorously known as A Drinking Club With A Running Problem, with the preferred beverage of consumption being beer. Hashing originated... 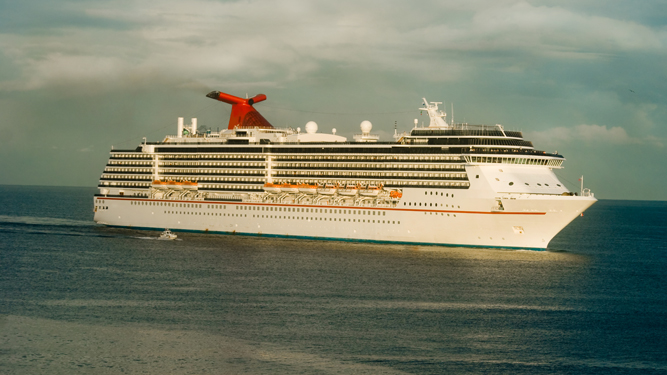 A WOMAN has told rescuers than floating in the sea for ten hours was more enjoyable than being on a cruise ship.

Perhaps related to this?

An intrusive thought is an unwelcome involuntary thought, image, or unpleasant idea that may become an obsession, is upsetting or distressing, and can feel difficult to manage or eliminate. When such thoughts are associated with obsessive-compulsive disorder (OCD), depression, body dysmorphic disorder (BDD), and sometimes attention-deficit hyperactivity disorder (ADHD), the thoughts may become paralyzing, anxiety-provoking, or persistent. Intrusive thoughts may also be associated with episodi Ma...

Having been to endured Dubrovnik shortly after a cruise ship docked it’s a shame more passengers didn’t decide to go for a swim.

It would depend on where. The Mediterranean is much saltier than other places. I’m pretty sure that I could float/tread water indefinitely there, as I have found myself to be buoyant while swimming there, and the water is relatively warm.

In the Arctic it wouldn’t matter after a minute or so.