“No, you don’t understand, her entire EXISTENCE is what caused this to happen! She didn’t have to actually be on THAT ship to ruin shipping forever!”

It’s never ending. Between this and the new “tan suit” attack on Jill Biden for her recent outfit choices, tearing down competent, well-trained women remains the goal and I’m just so fucking tired of these people.

There was just one problem with the He-Man Woman Haters Club’s diabolical plan: at the time that the Ever Given was lodged in the canal, Elselehdar was employed as the First Mate on a different ship, hundreds of miles away.

This won’t make a difference to manosphere redpillers, any more than the complete absence of a basement at a Washington DC pizza shop made a difference to those who believed a child trafficking ring was being run out of said cellar.

I heard it was Hillary Clinton’s emails what got the ship stuck.

and the recent cry of “why is VP Harris still in washington? why is she not down at the border fixing this problem?” is much along the same lines. nobody was looking for pence to set up a standing desk down there last year. fellow men – some free advice, shut up already.

Need to fix the headline.

Need to fix the headline.

At least he could have put the word ‘another’ in there. Headline currently implies she WAS at the helm.

Well its logical, to a certain type of male brain: how could you expect a woman to be skilled at putting a really big thing into a small thing? (They obvs haven’t met many nurses on the colonoscopy unit…) Also they have distorted/inverted understandings of “big” and “small”

Nothing threatens a mediocre man more than a competent woman.

I notice she not only doesn’t serve on that ship: she doesn’t even work for Evergreen. People basically had to look for “egyptian female captain” to find her name. You certainly wouldn’t find it by looking for the name of the captain of the Ever Given

This is a conversation to have with the editors. Once a post is out the door, I have no control over content.

@beschizza
The headline for this post needs changing as discussed up-thread.

@SeamusBellamy - and is it not in your interest for you to have such a conversation, once it is drawn to your attention? You are the one getting the blame for the misrepresentation implicit in this inaccurate headline.

It would be, if I agreed with your take on the headline. However, I don’t. A headline is designed to give a brief summary of the story. Which, this one does. The details and gross inaccuracy of the accusations levelled against the captain are explained in the story.

Had I neglected to mention the harmful fallacies of her accusers, or the fact that she was hundreds of miles away, in the body of the story, I would certainly feel that I had not done my job and, done her an injustice.

As such, I’m suggesting that it is a conversation to have with the editors, as I feel my writing is solid. It’s up to editorial to decide if a change is required, as in the end, they’re responsible for their publication.

Fair enough. Some of us disagree with you - and the editor responsible - I suspect.

A headline is designed to give a brief summary of the story. Which, this one does.

And the summary impression this headline gives is that the captain of Ever Given WAS a woman and she is being blamed. Whereas a headline that said Misogynists blame female captain of a different ship entirely for Suez SNAFU would actually have given an accurate brief summary.

But as you say - one for the editors.

I thought that it meant, contrary to my previous understanding, that the ship captain was this Egyptian woman. And that the unfairness was somehow that people were blaming her gender for her actions as Captain of the Evergreen.

I have to disagree there; “butter emails” might have provided enough lubrication to keep it from getting stuck in the first place. 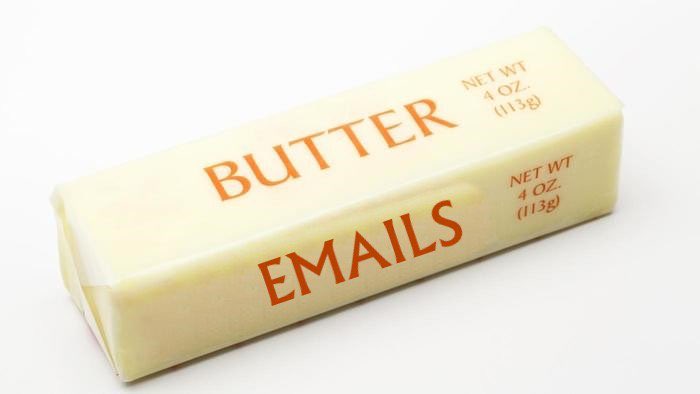 Count me as one of the people deceived by the headline. I thought that it meant, contrary to my previous understanding, that the ship captain was this Egyptian woman. And that the unfairness was somehow that people were blaming her gender for her actions as Captain of the Evergreen.

I concur with all of the people who say the headline needs to be changed and that it’s misleading.

Some people will say “but boing boing is a blog not a new source.” However the two are not mutually exclusive. A blog is just a website with articles posted sorted by date. But boing boing isn’t even that anymore, and no longer has a front page that is sorted strictly by order of posting. Since Boing Boing is not a satire site, I still think it has an obligation to report factually and not mislead people.

I have changed the headline to my liking.

Aaaaand … the headline just got changed to something even less informative but at least accurate.