Workers who use medical marijuana after hours can still be fired

Because fuck the sick

[quote=FTA]As such, the question at hand is whether the use of medical marijuana — which is in compliance with Colorado’s Medical Marijuana Amendment — is “lawful” under the state’s Lawful Off-Duty Activities Statute.

That term, the justices said, refers to activities lawful under both state and federal law.

“Therefore, employees who engage in an activity, such as medical marijuana use, that is permitted by state law but unlawful under federal law are not protected by the statute,” Justice Allison H. Eid wrote in the opinion.[/quote]

Well at least the door is still unlocked, when federal law changes the door will be open and maybe this ruling will become invalid.

On the other hand, the NLRB just ruled that a union worker on a (mostly white) picket line can’t be fired for yelling absurdly racist things to (mostly black) replacement workers, despite a pre-existing corporate policy against racism, because it’s during union activity.

Do those a-holes judges realize the number of disabled people in their state that they just eliminated disability protection for and screwed over?

When you sell out the rights of the sick and disabled in your state you no longer deserve to be a judge, for shame.

Brandon Coats, a quadriplegic with a medical marijuana card, was fired by Dish Network in 2010 for using marijuana outside of work to control his seizures.

I can accept that big companies make mistakes. But Dish then went on to litigate against this guy rather than reinstate him with an apology. Which takes this from unfortunate to seriously WTF is with these people.

The company may suck, but I think the judge is right. If they want smokers to be protected from discrimination, they have to pass a law - you can’t just assume these things. Especially when Federal law disagrees. 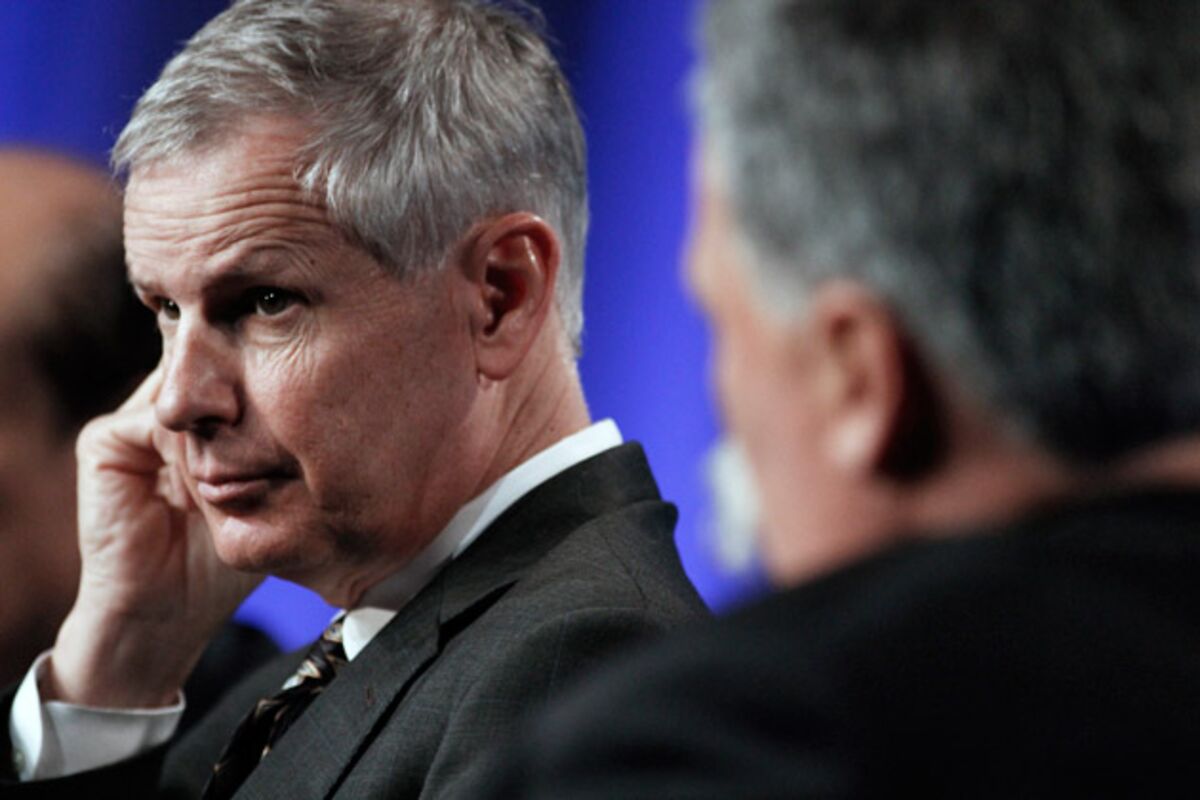 Badges used to be the preferred method of entry into the building. But a few years ago, after noticing that some employees were taking advantage of the system by having others badge-in for them, Ergen upgraded to fingerprint scanners. If a worker is late, an e-mail is immediately sent to human resources, which then sends another to that person’s boss, and sometimes directly to Ergen.

It offers no company credit cards. And according to a former regional manager, for many years, if an employee expensed a meal where they’d tipped more than 15 percent, the extra amount was then subtracted from his paycheck, even if he’d only gone over by a nickel.

The only surefire way to meet Ergen has been in court. Under Ergen, the company has racked up a long record of suits and countersuits. What may seem like malicious paperwork to some is aggressive protection of the company’s interests to others. “Dish is unique in that it uses litigation as a profit center,” says Moffett.

Time for the Colorado legislature to step up and change the law on use to match the legality of the substance that they have declared legal. Firing someone for using marijuana (medically or otherwise) outside of work is akin to firing someone for having an alcoholic drink after hours. Stupid, stupid, stupid.

Who: The Patient and Caregiver Rights Litigation Project (PCRLP), Kathleen Chippi and Robert Corry
When: 12 noon on June 16, 2015
Where: West steps of the Colorado State Capitol

The High Court Ruling that federal law preempts state law requires the re-evaluation of the states two cannabis related Constitutional Amendments (A20 and A64) and the states implementation thereof.

The ruling begs the question: If a qualifying MMJ patient has no protection for loss of employment over cannabis use away from work under the state Constitution, what law is protecting the Governor and other state officials at DoR/MED/CDPHE from loss of employment or imprisonment for conspiring to create, implement or profit from the registering, licensing, taxing and money laundering of any illegal A20 or A64 cannabis use, possession, cultivation or sale?

PCRLP founder Kathleen Chippi , “I’m confident that the voter’s intent in passing A20 was out of compassion to protect qualifying patients, caregivers and doctors from harm and not to create more harm for them. And I’m pretty sure the voter intent was not to create an ongoing, for-profit, criminal state enterprise that mandates self-incrimination of Coloradans, while it itself launders tens of millions in “unlawful” drug monies through the state’s general fund at JP Morgan Chase Bank.” She continues, “If it’s illegal for qualifying patients then it’s illegal for everyone, including the state officials implementing what this High Court just ruled “unlawful”.

PCRLP attorney Andrew Reid, “Neither the United States Supreme Court, this Court, nor any other high court has as yet engaged in a proper and full Preemption Doctrine analysis to determine whether the Congress, the drafters of the federal CSA, ever intended to include state recognized medical uses of marijuana in the CSA’s Schedule 1 listing of marijuana, or whether the listing was intended to be limited to non-medical uses.”

The PCRLP had an amicus brief in the Coats v. Dish Network case arguing that passage of A20 made the use of MMJ “lawful” and a “right” under state law and exempted the it from the federal law (CSA) as the federal government has never complied with the CSA itself in the “lawful” placement of cannabis on the federal drug Schedule, which requires the federal government prove to “we the people” that any substance they place on Schedule meet all the requirements of that Schedule and they only have 1 year with a one-time 6 month extension to do so. For the last 45 years they have not proven cannabis is Schedule I-V. The Shafer Commission (1970) and DEA Judge Frances Young (1987) both concluded cannabis should be removed from Schedule. This Supreme Court ruling avoids the PCRLP arguments and a full Preemption Doctrine analysis.

Any and all supporters of the intent of the voting public or medicinal cannabis are invited to attend.

Brandon Coats, a quadriplegic with a medical marijuana card, was fired by Dish Network in 2010 for using marijuana outside of work to control his seizures.

As long as they’re going the “hateful, discriminatory and uncompassionate” route why not just fire him for being a quadriplegic who suffers from seizures? I imagine that condition is more likely to affect his ability to work than an after-hours joint now and then.

As long as they’re going the “hateful, discriminatory and uncompassionate” route why not just fire him for being a quadriplegic who suffers from seizures? I imagine that condition is more likely to affect his ability to work than an after-hours joint now and then

Sounds like they found a way to do exactly that. I believe ADA says you can’t fire someone for having seizures, etc. but of course they did anyway.

When you sell out the rights of the sick and disabled in your state you no longer deserve to be a judge, for shame.

A friend that lives in WA can’t find work in the professions that were a respite from the Draconian US American drugs laws because they didn’t test.

Now that cannabis is legalized even though job pockets feel compelled to test because they have proof employees might be enjoying themselves off of work more than the NLRB had argued.

By contrast, I had a friend who was a Dish contractor, and he treated his employees quite well. It was a tiny company, about 3 employees and 15 contractors, but their trucks all said Dish. So if you see them out there working, it’s not safe to assume they’re employed by the company at all.

Why are companies even allowed to regulate their employees private life in the US? Over here such contracts would fly right out of the window before court. Freedom my ass…

Walmart tried this bullshit by banning relationships between employees during their brief stint in Germany. German labor laws said No.

If a qualifying MMJ patient has no protection for loss of employment over cannabis use away from work under the state Constitution, what law is protecting the Governor and other state officials at DoR/MED/CDPHE from loss of employment or imprisonment for conspiring to create, implement or profit from the registering, licensing, taxing and money laundering of any illegal A20 or A64 cannabis use, possession, cultivation or sale?

Boom! This says everything I was thinking and more. This is the issue perfectly summarized and what I was getting at above when I said legal enough to tax but not legal enough to protect patients. Thank you.

I’m going to point out some thing here in a different direction.

The issue legal issue is that the Federal law trumps state, fine I can somewhat understand that. Especially if you are dealing with a large company that has to deal with federal laws like OSHA or the EPA, ie they are answering to the federal government anyway.

However another issue that comes up is how do you know if someone is “high”? Unlike alcohol (at least to my knowledge) there isn’t a simple test that can be performed to say you are high or not. We have plenty of tests to say yes you have been, but not to say if you are currently. Where I work it’s zero tolerance and that makes sense considering the equipment we use and environment we work in. So even if the Federal law changes I can’t see how you could casually partake in marijuana outside of work unless there was a way to say you were high while at work.

Jesus. Firing a quadriplegic and then doubling down. What do they think they are, a cable company?