World getting better all the time

I mean … have you watched his bit on Dr. Katz ?

I am afraid Dr. Katz was when I didn’t have a TV or cable and didn’t really watch it.

I have come to be suspicious of “new optimists”

I don’t know what the fuck a “new optimist” is, but being pessimistic all the time isn’t fun or helpful either. Like I said in another post:

Looking around and saying, “Boy, it’s so much better than it was.” Doesn’t mean one is completely content nor that there isn’t a lot more work to be done.

I am so tired of no one acknowledging reality and the grey goo it is. Any polarizing topic has people who refuse to acknowledge some of the valid and fair points of the others side. Instead they take some of the most “out there” stances on the topic, and act like the extreme is their normal view. I see it with all sorts of things. I am 80-90% on board with a lot of things, which makes me an enemy because that means I must also support the 10-20% extreme - OR I am an enemy because I don’t support something 100%.

To be sure, if you want to make the world a better place you have to bring a lot of attention to the things that are not getting better on their own.

Just because two numbers are both too large, doesn’t mean one isn’t bigger than the other.

The fever’s down on Mr. Smith. That’s good.
(Data says world getting better for people.)
But he has inoperable cancer. That’s bad.
(Data also says CO2 rates going up, AGW is happening, we already have flooded areas,
we’ll have refugees, strife, etc.)
But he can get the new biologic that has a 90% cure rate. That’s good.
(We could actually do something about AGW.)
But his family won’t agree. They say it’s not been tested enough, but really, they just want the inheritance sooner. That’s not so good for Mr. Smith.
(Planet uninhabitable in 100 years.)

I don’t think that’s the case. When we look at how the world has improved over time, we can take that as a signal that our efforts to improve the world work. The people who are convinced that the world is getting worse over time tend to be the ones who, as a response, want to go back to an older way of doing things. They may even want to, say, make America great again.

Things seem like they’re getting worse right now, because… well in the immediate short term, they are. 2017 is definitely worse than 2015. And this trend of getting worse may well continue for a not insignificant amount of time, but the overall trend is towards improvement.

I have come to be suspicious of “new optimists”

I am suspicious of anyone who claims allegiance to an “-ism”, mainly because there is no such thing short of fanaticism (which all but fanatics can see is problematic). The fact is that 99% of any population is a much more complex package of dynamic believes that are, at times, even conflicting.

This is why I always brace when people call me a “liberal”, even though I am firmly on that end of the spectrum. It describes a fastidious alignment that ignores subtleties and engenders factious divisiveness.

In other words, this fallen world is a hellhole where people don’t see things the way you do.

So you’re saying CO2 causes democracy and vaccination? Who knew!

I have an argument that finds no understanding among my friends, be they left or right or hippie: We wouldn’t have this age of wonders without religion and capitalism, however we wouldn’t have this age of horrors without them as well. Both were needed for a while, but now we’ve outgrown them. The negatives starts outweighing the positives. We needed religion to curb some of the excesses of our savage urges and we needed capitalism to funnel those urges in a mostly beneficial manner. We now know you can be a good person without god and that you can be a productive member of society without wage-slavery.
We also now have an idea of how to proceed without them, so rationally we should discard both… I won’t hold my breath.
The older I get, the more I realize how little I know and understand.

(side note: I vaguely remember an interview with Adam Curtis, where he talks about this idea that the world is coming to an end that is gaining ground on all sides of the political spectrum. I do believe there’s a non-zero chance of humanity dying out in the near future, but most likely we’ll figure something out. The cries of Armageddon comes from us olds and they come, because things are gonna change, probably radically, and the older brain doesn’t deal well with change. So we sense that and we get despondent and lethargic instead of trying to fix stuff… I think Mr. Curtis’s argument was that if you don’t have a belief in the afterlife, then your individual death IS the end of the world and all the boomers have the end in sight. Which I don’t think is an argument for religion, but for enlightened spirituality.
Another argument that doesn’t seem to gain any traction: No-one over the age of 40 should have the vote, we’re too focused on the near-term, our pensions and vacations, and we apparently don’t give a toss for our descendants future)

Iceland, if I’m not mistaken.

The aspect of the ‘new optimist’ argument that makes me a trifle jumpy is how enthusiastic it seems to be about using carefully chosen trend periods and populations to elide messy details("Hey, did you know that the developed world was richer after the industrial revolution than before? Edgy, contrarian, mind-blowing stuff huh? Now just look at the nice graphs and don’t get distracted by boring details like “how much labor movement it took to keep the gains from accruing exclusively to robber barons”…); and by the willingness(arguably a special case of this) to use improvements among people so bad off that having the sweatshops come to town actually makes them wealthier to offset the numbers on what is happening to people who become worse off when you do profitable things to them(say, those with enough savings or assets that the push to enmesh them ever more thoroughly as customers of assorted financial services is quite a good business; but doesn’t leave them much to show for the management fees on those 401Ks).

This isn’t to say that “zOMG, progress among the poor is bad, leave the low hanging fruit to rot!”; but it is to say that optimism looks a lot less fungible to me than it does to these types: the trends among the most dire cases are favorable; but those are also the ones where it is basically in everyone’s interest for them to be better off(even if you capture all the surplus of desperate mud farmers, you can only live like a medieval king, which sucks compared to what you can do if you have access to even modest industrial development and modern agriculture). Among people who may be more profitable to con; or in inequality fights over the fruits of advanced economies, things look less good. That’s both an immediate problem for those people and a somewhat ominous sign for the future outcomes of those currently rising from the most abject poverty: if the trends among societies that can afford better kind of suck, that seems like both a bad sign for the future of the societies in the process of becoming able to afford better and a strong suggestion that the dominant political mode may have some unpleasant characteristics that shouldn’t be ignored just because they only manifest under certain conditions.

At the risk of TL;DR, In terms of some Utilitarian ethical calculus, all improvements in standards of living can be said to be commensurable; allowing you to draw big aggregate charts without committing a category error; but when trying to argue for the virtues of a political platform, breezily lumping them all together looks like obfuscation: it’s perfectly possible(and indeed strikes me as likely) that free-marketeers are quite useful when dealing with the plight of poverty through abjectly low productivity and dearth of technology and infrastructure; while simultaneously being enormously dangerous to anyone trying to maintain their share of the wealth in a society with enough of it for assorted flavors of white collar plunder to be good business.

Numerically agnostic stats don’t help the increasing millions upon millions left to fall under the steamroller.

At some time in the past there were zero humans. We are literally infinitely better off and infinitely more fucked than that zeroth placeholder.

If you need to feel better about being in the soup, I can recommend a variety of molecular compounds to easy your anxiety, and I even use a few myself.

Please get over yourself and help solve the problems we face today.

I wonder if the share of folks living in a democracy didn’t take a 350M Person (or so) hit around last November. 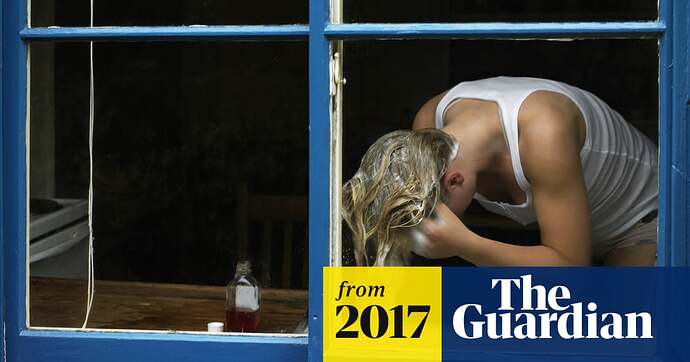 Poverty 'driving people to choose between eating or keeping clean'

In Kind Direct charity warns of ‘hidden crisis’ facing thousands after it distributes £20.2m of hygiene products in one year

But in a new optimists mind, as long as they aren’t technically in extreme poverty (less than $1.25 a day) there isn’t a problem. Having lived for a year in a western style poverty situation I would disagree.

Another argument that doesn’t seem to gain any traction: No-one over the age of 40 should have the vote, we’re too focused on the near-term, our pensions and vacations, and we apparently don’t give a toss for our descendants future)

Thanks, that’s an interesting thought. Sure beats the Logan’s Run scenario. And it’s well-reasoned. But it avoids the fact that wisdom accrues over time by making mistakes and therefore older people should (hypothetically) be better at preventing mistakes since they’ve made them before or seen the outcome in the past. But I guess there’s no real way to differentiate that wisdom from things like racism or religion or a vested interest in short-term monetary gain. So we’re kind of in a damned if you do, damned if you don’t situation.

[Edited to add the below]

Thinking about it more, yeah, the future is decided by the vote and the younger people are the ones that will have to live with it. So cut down our votes (maybe not entirely, but we could make a 3/5ths compromise?) and let them decide the future. We olds may have acquired wisdom but it’s not always relevant anymore.

《sarcasm》“World getting better all the time” getting you down? No worries. There’s always the chance of a decent dystopia: 《/sarcasm》

Here as per there I’ll say its nice to see that Gibson refuses to be pinned down to oversimplified headline grabbing labels.

Eight hours for what we will, in other words: 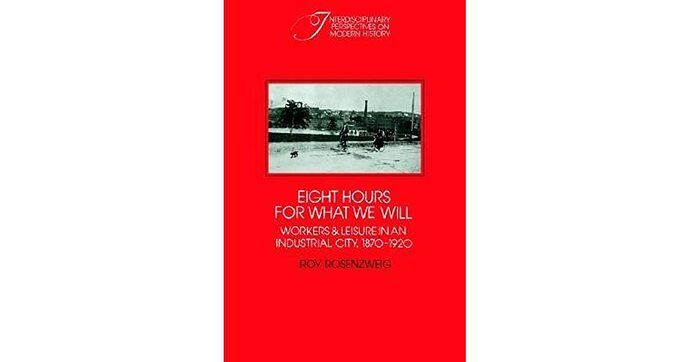 Eight Hours for What We Will

In the first comprehensive study of American working-class recreation, Professor Rosenzweig takes us to the saloons, the ethnic and churc...