Would you kill to stop an asteroid panic? I asked the creators of Salvation

Liz: Have you ever heard of the EmDrive, the electromagnetic drive?

Depending on which of the many explanations you prefer, this propulsion system violates myriad laws of physics, leaving many skeptical of the findings.

This sounds like it could be a lot of fun. I think that popular science fiction is generally better when it lets the “science” take a back seat to the character development and philosophical questions - unless it is “Aliens”, in which case, let’s rock!

I’m convinced it will be a zombie apocalypse.

“Salvation is a suspense thriller that centers on a staggering discovery: an enormous asteroid is just six months away from colliding with Earth…Meanwhile, Darius recruits an aspiring sci-fi writer, Jillian, to work on a theoretical approach to saving humanity…” CBS 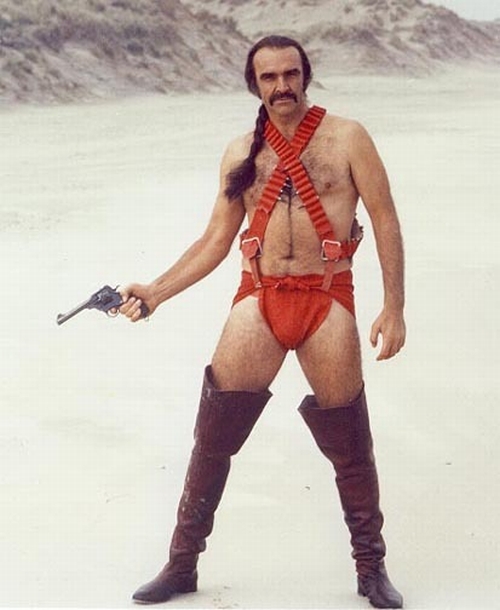 INTERNATIONAL trade secretary Liam Fox has complained that UK businesses are ‘ignoring the opportunities’ offered by the meteor set to impact central London in 2019.

The rubber science here is hard to ignore, if you know anything about current methods of astroid detection.

A far more realistic model can be derived from known threats like global warming and mad cow disease. Its expensive and politically inconvenient to do anything meaningful about this class of threat, so lets just stop looking for this stuff, cross our fingers and hope for the best! After all, its worked so far…

Had a chuckle when someone was discussing the EM drive and a critic dubbed it the WTF drive.

Sounds like a decent premise for a series, but 6 months isn’t a ton of time. It’s like 24 hours with Armageddon and a dash of Earthquake, mix in some Orphan Black a pinch of Black Mirror and saute.

How is there research showing that a 30 second window either direction would’ve stopped the dinosaurs from being extincted by an asteroid when by definition it was a meteorite that struck the Earth and dinosaurs weren’t even extincted by it?

Apparently it was a shallow sea impact. The climate effects would have varied a lot depending on if it was a land or deep sea impact. (Land probably the least, deep sea the most.)

I guess that’s their thinking, although the multiple impact hypothesis might work against that.

Meh. There’s no record of all the times that Earth squeaked by near misses, so playing “for the want of 30 seconds, the dinosaurs were lost” seems pointless. The Chicxulub crater ( /ˈtʃiːkʃʊluːb/; Mayan: [tʃʼikʃuluɓ]) is an impact crater buried underneath the Yucatán Peninsula in Mexico. Its center is located near the town of Chicxulub, after which the crater is named. It was formed by a large asteroid or comet about 10 to 15 kilometres (6.2 to 9.3 miles) in diameter, the Chicxulub impactor, striking the Earth. The date of the impact coincides precisely with the Cretaceous–Paleogene boundary (K–Pg boundary), slightly less than 66 million y The crater ...

Craig: That’s right, and you know what? That doesn’t necessarily make you a … if you had that moral choice, that’s not an easy choice to make, because there’s not necessarily a right answer.

Yes there fucking is. TV shows that justify and glorify selfish false moral equivalences are very much in line with the current Administration and times, though. Very Millennial. It does suit the times, but unless everyone who thinks there is no way to apply teamwork dies - it’s just going to glorify the drama. Granted, it’s a drama, but that sentence above is why I am going to take a total pass on even taking the chance of empowering THAT worldview. TV is an escape for me, not just another place to hear self-cogratulatory stories of selfishness. I can just go outside and talk to anyone to hear one of those.

But there is no “most of the time I’m in it for the greater good”. That’s just called blending in with decent people and waiting for your chance to take.

What a facepalm of a concept!

It’s like Scylla and Charybdis, the Greek myth. If you could sacrifice a few to save almost everybody, maybe you should do it.

Created by Iain Hollands. With Mathew Baynton, Jenna Fischer, Joel Fry, Gaia Scodellaro. When a group of ordinary people learn that an eight-mile-wide comet is on a collision course with Earth, they hunker beneath the town of Slough to watch the end...

It was awful that this show didn’t get renewed. It was like the adaptation of the The Hitchhiker’s Guide we always wanted but never got. No aliens, but the same kind of comedy, even some of the same characters almost.

Next time please record the audio/video and put it up somewhere.

This might be based on the idea that “They” cover up problems because that’s what “They” do. In a related story, I was on the Long Island Rail Road train that followed the one Colin Ferguson shot up. When we got to Merillon Avenue, I noticed the parking lot was filled with ambulances. I remarked “I don’t know what happened but there’s bound to be headlines about it tomorrow.” Someone else sitting nearby said that “They” would hush it up. The belief that “They” hush things up doesn’t always hold.