That is really disturbing and sad. I hope she ends up even kind of ok.

How long will it be before the reintroduction of struggle sessions?

How long will it be before the reintroduction of struggle sessions?

The public confession aspect aside, they’re not that clumsy anymore. The trick nowadays is to do it in a way where most people will believe that it will never happen to them or those they know, when in fact it could still happen to anyone at the whim of some government official just like in the days of Mao. The “social credit” rating system is a good example of one of the tools that can feed into this luizhi custody.

Right-wing authoritarians in the U.S. have similar inclinations but are more focused on enabling private corporations the power to ruin the lives of those who defy the shareholder class.

It’s always been disturbing to me that the communist party in China is only 6% of the total population of the 1.5 billion under their control.

The public confession aspect aside, they’re not that clumsy anymore.

Agreed, but Xi’s goal is different from Mao’s; where Mao razed the old ways of thinking in order to create a new political culture from whole cloth, Xi seeks to centralize control and consolidate his hold on power. Chaos doesn’t serve his purpose at all. Small flourishes like the self criticism sessions he runs periodically, actions that resonate with memories of the Cultural Revolution and remind the country of the penalties that befall the unorthodox, those are his stock-in-trade. If the Struggle Sessions were a bludgeon, self criticism sessions are an electroablation tool.

Right-wing authoritarians in the U.S. have similar inclinations but are more focused on enabling private corporations the power to ruin the lives of those who defy the shareholder class.

No argument from me here. Our credit rating system could easily tip over into a social trust rating system. The pieces are all in place and there’s no shortage of people who want to connect them. Hard to imagine it won’t happen at some point.

Would it be less disturbing if the entire country were members of the CCP?

Small flourishes like the self criticism sessions he runs periodically, actions that resonate with memories of the Cultural Revolution and remind the country of the penalties that befall the unorthodox, those are his stock-in-trade.

That’s a good point. In many ways they’re just performative acts in service of branding, which is very much in line with his overall philosophy.

I’d add that it also reminds wealthy cronies that everything can be stripped away from even an internationally famous successful person at the whim of the party and its officials.

For context, what is Fan Bingbing supposed to have done to earn a visit to the NSC’s vacation resort? Is she a critic of the government? Or is Xi just not a fan of the X-Men movies?

From the original story @doctorow forgot to link to:

Fan Bingbing had been at the heart of an unfolding tax scandal since May when former state media CCTV presenter Cui Yongyuan accused her of large-scale tax evasion.

Following the corruption allegations, the State Administration of Taxation opened an investigation and, as is becoming increasingly common in China, not long after she stopped appearing in public.

This is the kind of thing that happens in police states: someone with a grudge against you rats you out and suddenly you vanish.

Actually, yes, It would mean that their government was the will of the people.

That sounds more creepy to me. Perhaps I’m not thinking of it the same way you are, though.

I took the accusation of tax fraud as an excuse. Didn’t they do that to Ai Weiwei?

They did go after Ai Weiwei for taxes a few years back: 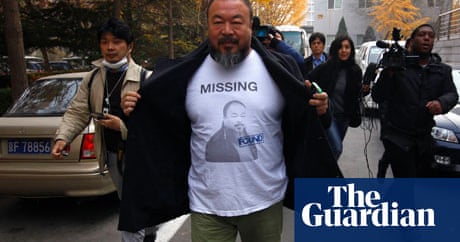 Since then it looks like he’s had enough. Once they let him leave the country in 2015 he saw that there was no point in returning.

The accusation could be based in truth or not, but that doesn’t matter if the authoritarian regime decides to make an example out of her.

So she survived a fictional attack by evil sentinels enforcing a world of conformity just to get nabbed by the real thing?

In a way, yes. Despite the fact that the people at the top of the party have control, membership by the population can have a measurable effect. Individuals can shape the party, which is (in theory) the place where democracy is meant to happen - you vote for policies and party members to be moved up in the ranks. Gorbachev worked his way up the ranks in the party, in part because he was reform minded.

I’m aware that the strangle hold that the current leadership has on the Chinese communist party makes that a difficult proposition, but pure numbers can be helpful in shifting the party into a more response and democratic direction. More members would mean more pressure on the leadership. They really can’t disappear a billion people.

13.3 million voted for Dipshit in the primaries.

I worked with a group of Chinese engineers in the 90s on a project, hosted them here in the states for 6 weeks for training. One of the lead engineers was a woman who confessed to me that she had to join the communist party in order to obtain her current position in the government. Later, when she had had a few “com pais”, she told me her joining of the party meant she had to sleep with the local party chairman. She indicated she didn’t want to join them, but she recognized she would never get the chance to use her education unless she did.

Yeah, I think that the echo of Mao and the Cultural Revolution add a kind of legitimicy for many. It is my understanding that many of today’s middle aged middling class Chinese WERE members of the red guard at the time. While the CCP of today seems to have no real ideology, this echoes without understanding a time when ideology was everything.,