YA, graphic novels, books by people of color are most challenged in America's libraries

I’m always intrigued by how these terms are linked by those who challenge books. Any story about a family accepting an LGBT member rather than disowning them, subjecting them to “conversion therapy”, or just beating the shit out of them gets labeled “anti-family”, when you’d think it would be the other way around.

Is book-challenging a formal thing?
Or does this synonymous with “complaining”?
I’ve never heard this term used in this way before.
Honest question.

Language, nudity and mature situations, certainly. But Saga is absolutely pro-family. Marco and Alana do everything they can to make sure Hazel is safe and happy. Even Hazel’s grandparents and a semi-adopted half-ghost pitch in. Geez, I mean if nothing else Saga is about family; pro-family at nearly every turn. (It’s also awesome, so… suck it haters!)

Yes, it is. Public schools and libraries catch the brunt of it because they’re publicly-funded. But many stores and ibraries also celebrate [“Banned Books Week”] (http://www.bannedbooksweek.org/), where the same challenged books are given front-shelf status. My library is where I got my “I Read Banned Books” button.

I am surprised that books by marginalized people would describe unpleasant events. How can this be?

Just as a reminder, though, despite the clickbaity headline, it’s not as clear-cut as white people getting an uncomfortable book by a PoC banned.

One of the all-time contested books, also listed by the ALA, is The Adventures of Huckleberry Finn.

“That word, in the history of America, has always been a degrading word toward African Americans. When they were brought to America, they were never thought of as human beings in the first place, and this word was something to call a thing that wasn’t human. So that’s what they bring into the classroom to talk about. I just think it’s utterly unconscionable that a school would think it’s acceptable.” 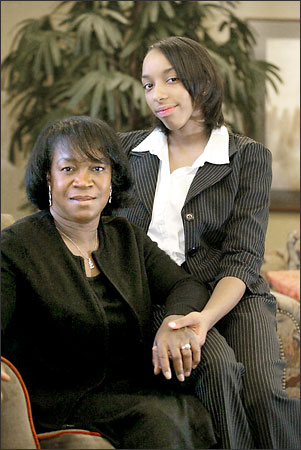 'Huck Finn' a masterpiece -- or an insult

At first glance, the fight over "The Adventures of Huckleberry Finn" at Renton High School fits a conventional pattern. An outraged parent objects to her child reading a book for class that offends the family's religious, moral or political...

Which saddens me because the book is incredibly progressive for its time, and hell, given the current political climate, might even be considered progressive 130 years later. If you grew up in a racist environment, as I did, it can be a real eye-opener that there were people 100+ years before you that saw through the bullshit.

That’s true, but isn’t Huck Finn a marginalized person? He may be white, but I think he was an orphan who lived in poverty, right?

Is book-challenging a formal thing? Or does this synonymous with “complaining”?

Little of both. Usually it means “someone somewhere in America has demanded that some library remove this book.”

What books are the most approved by these people? Are there books that are super pro-family, pro-heterosexual, pro-Christian, pro-clothing, non-political, anti-drug that they’re advocating for?

Can we get together (like happy puppies) and get those banned? Because they sound super boring.

Yes, most libraries have a collection development policy that spells out criteria regarding the selection of materials for the collection as well as the de-selection of materials. As part of that policy, there is usually a mechanism for formally challenging the inclusion of a particular work. In my library system (and many others), this is called a Request for Reconsideration. The collection development policy will outline the exact policy for investigating and responding to such requests.

This is one of those cases of Huck being a genuinely marginalized person, but unquestionably having privilege over Jim.

This book is a pet peeve of mine.

Not only did it affect my little mind when I read it in a town that was 99.9% white, but I live about 50 miles away from Cairo, IL. The historical irony of Jim running to Cairo is that it’s easily the poorest town in Illinois, and it’s almost all black. This isn’t a coincidence. And of course, I could drive to Hannibal in about 4 hours.

But that’s not the pet peeve.

Of all the people to help Jim, it was the poorest character in The Adventures of Tom Sawyer.

So I was full of trouble, full as I could be; and didn’t know what to do. At last I had an idea; and I says, I’ll go and write the letter—and then see if I can pray. Why, it was astonishing, the way I felt as light as a feather right straight off, and my troubles all gone. So I got a piece of paper and a pencil, all glad and excited, and set down and wrote:

Miss Watson, your runaway nigger Jim is down here two mile below Pikesville, and Mr. Phelps has got him and he will give him up for the reward if you send.
Huck Finn.

I felt good and all washed clean of sin for the first time I had ever felt so in my life, and I knowed I could pray now. But I didn’t do it straight off, but laid the paper down and set there thinking—thinking how good it was all this happened so, and how near I come to being lost and going to hell. And went on thinking. And got to thinking over our trip down the river; and I see Jim before me all the time: in the day and in the night-time, sometimes moonlight, sometimes storms, and we a-floating along, talking and singing and laughing. But somehow I couldn’t seem to strike no places to harden me against him, but only the other kind. I’d see him standing my watch on top of his’n, 'stead of calling me, so I could go on sleeping; and see him how glad he was when I come back out of the fog; and when I come to him again in the swamp, up there where the feud was; and such-like times; and would always call me honey, and pet me and do everything he could think of for me, and how good he always was; and at last I struck the time I saved him by telling the men we had small-pox aboard, and he was so grateful, and said I was the best friend old Jim ever had in the world, and the only one he’s got now; and then I happened to look around and see that paper.
It was a close place. I took it up, and held it in my hand. I was a-trembling, because I’d got to decide, forever, betwixt two things, and I knowed it. I studied a minute, sort of holding my breath, and then says to myself:

And it always struck m e that here he was, he made the decision to do the kind, decent thing–even though he was convinced it was the wrong thing to do. And that’s what I love about the book. Huck is an imperfect hero. And in the process, Jim becomes his father figure.

Huck does something that’s very “wrong” by the rules of 19th Century America, and becomes a better person for it.

But it’s got the n-word in it, and it’s uncomfortable to read, so we need to do away with it. Wouldn’t want to offend anyone…and I suspect that the number of offended people who fight to get it banned who have actually read the book trends somewhere near 0%.

Saga is very pro-family, and a fantastic read. And it’s also raunchy as fuck, intentionally and provocatively so.

I can totally understand concerns about circulating it in a public library.

My public library has plenty of raunchy things. Saga barely even rates compared to most of them. We have it in the Adult Graphic Novel section, and I think that’s the right place for it. If I was a school librarian, would I have it in my library? Very doubtful. But as a public librarian, I have no concerns at all about it’s inclusion. It’s not for all readers, but nothing that we purchase is.

Although Cairo Is now extremely poor and has a largely black population that sure wasn’t the case back in Huck’s day. It was an affluent River town sitting there on the confluence of America’s two biggest rivers. Now there aren’t many of the old homes left but once Cairo had mansions that reflected great wealth. And I thought Huck and Jim slipped past Cairo in the dark of night only seeing it’s lights? Its been a long time since I read it though so I’m not sure.

But it’s got the n-word in it, and it’s uncomfortable to read, so we need to do away with it.

I don’t know if very many people are that squeamish, but the ones who squawk are always the ones on the news. I would definitely encourage my kid to read it, and I’m quite the Leftist Thought Police.

Any story about a family accepting an LGBT member rather than disowning them, subjecting them to “conversion therapy”, or just beating the shit out of them gets labeled “anti-family”, when you’d think it would be the other way around.

It goes hand-in-hand with the fact that any discussion of Christianity that’s unlike their version of Christianity gets labeled “anti-Christian.” They get to define what the ideal form of the thing is, and anyone discussing something other than the ideal form is against the thing. It’s like someone who only likes angel-food cake calling all discussions of chocolate or wedding cakes, “anti-cake.”

Those books do exist. And despite the URL, it’s safe for work.
https://www.chick.com/