Oh no! Now the government knows everything in my junk account!

it’s lucky that Yahoo is evidently not a business built with the intention of making money because think of how much governmental money better used elsewhere they could have gotten otherwise.

This sort of news brings to mind those people I used to discuss such things with ages ago; so, so many of them believed wholeheartedly that such things were impossible, and would never happen and certainly were not happening at the time.

Trust in government and corporations has been completely wiped out. Wow, I’m so F@#$ing angry. Anonymize everything, encrypt everything, and distributed everything.

Why would we think this is isolated to Yahoo?

Cory’s too fast for you, Rob.

The sources said the program was discovered by Yahoo’s security team in May 2015, within weeks of its installation. The security team initially thought hackers had broken in.

When Stamos found out that Mayer had authorized the program, he resigned as chief information security officer and told his subordinates that he had been left out of a decision that hurt users’ security, the sources said. Due to a programming flaw, he told them hackers could have accessed the stored emails.

At least there was one principled employee there… 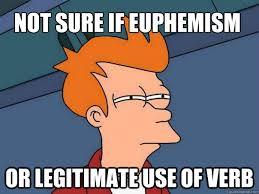 The @Pinboard twitter feed at the moment is really funny. I mean, it’s like that most of the time, but today the jokes basically write themselves.

Sorry. I"m not all that familiar with the Simpsons. Is that one Burt?

Is that one Burt?

Well it’s not like I’m going to read any of the garbage that arrives in my Yahoo inbox.

O snap! I just knew I shouldn’t have used that account to send out nuclear secrets!