Yale's college will no longer bear the name of a slaver, from now on, it's "Grace Murray Hopper" college

Grace Hopper was the speaker at my college graduation. That’s completely irrelevant, but I want to interject my very tenuous connection to greatness.

Seriously, you’d be surprised how many buildings at Yale are named for racists and white supremacists.

I’m sure they will continue to make the absolute minimum effort to rename buildings, etc., consistent with their principal mission of preserving the brand. Elihu Yale wasn’t exactly a swell fellow, either, but that name’s never going anywhere.

What a great choice for the re-naming. Admiral Hopper is all kinds of awesome.

From what I read, in this transition year students will have a choice to declare whether they’re residents of Calhoun College or Hopper College – a unique chance for the bigots and arseholes to self-identify themselves to the college community. Bde Maka Ska (English pronunciation: /bəˈdeɪ məˈkɑː skɑː/; formerly known as Lake Calhoun) is the largest lake in Minneapolis, Minnesota, and part of the city's Chain of Lakes. Surrounded by city park land and circled by bike and walking trails, it is popular for many outdoor activities. The lake has an area of 401 acres (1.62 km2) and a maximum depth of 87 feet (27 m). The lake is part of the Grand Rounds National Scenic Byway, connecting with Lake of the Isles on the northeast, Cedar Lake on ...

Changing names of things is great, but it would be even greater if northern states in general would fully acknowledge how much they too were built on slavery (not to mention theft of land and natural resources).

As someone else wrote today,

Racism is not regional and the enslavement legacy inherited from the time of the founding of our country affects all of us in the U.S., no matter our color, location, or date of immigration. 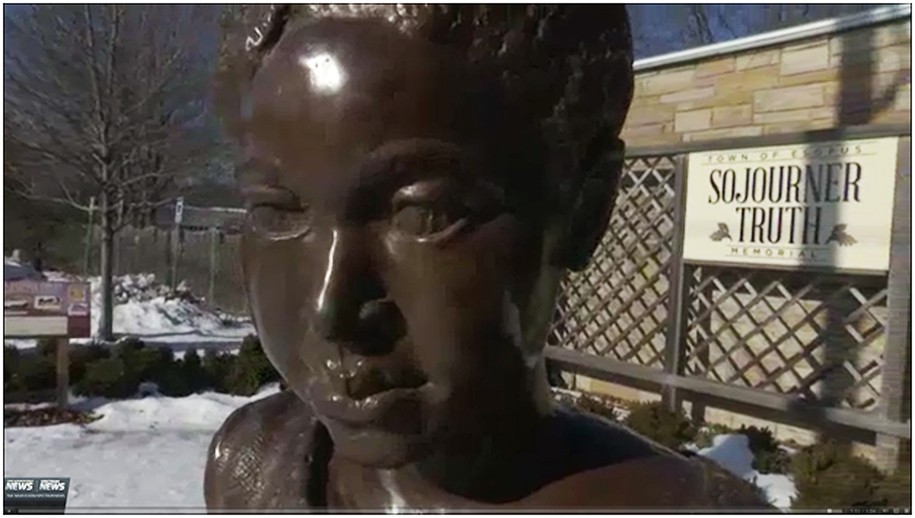 Uncomfortable truths: The role of slavery and the slave trade in building...

On my way to work, I drive past a statue and memorial park  dedicated to Sojourner Truth  in Port Ewan, Esopus, New York. It depicts young Isabella Baumfree, who was enslaved in that village. When ...

Lake Tahoe was originally Lake Bigler, but Governor Bigler turned out to be a filthy Copperhead, and so we were done with him.

Seriously, you’d be surprised how many buildings at Yale are named for racists and white supremacists.

Sure, he was pro-slavery, but you’re forgetting that he also…, er… His contributions to…, uh…

My husband (a Yale grad) thought one of the new colleges Yale is building should have been named after Hopper in the first place (and the other for Edward Bouchet)[1]. He was a bit disappointed that they were named after Benjamin Franklin (who has no affiliation with Yale except a big donor has a thing about him) and Pauli Murray. Murray is perfectly fine except she’s sort of a minority bingo, which feels condescending (“There, you have your minority everything person, now stop complaining”).

[1]Hopper and Bouchet were also the personages preferred by a large portion of alumni too.

Committee: “No, no, please stop with the stuff about Harriet Tubman, Sally Ride, or Mary Walker…we’re looking for 1) a man and 2) uh…a white man… His…achievements…are less of a concern.”

Furthermore, alumni of the college may continue to associate themselves
with the name Calhoun College or they may choose to claim Grace Hopper
College as their own.

So, something of a personal litmus test for each alumnus/a. Will Yale actually go to the bother of providing an alumni website page for stating preference? I mean, just rename it already.

Well, Calhoun was too dead to have had a hand in the ‘clipper chip’ fiasco; but in every other respect this seems like an improvement.

Calhoun was an asshat of epic proportions. A bastard of infinite scope. What posessed someone to name anything after him is a baffling thing. I mean, Jefferson owned slaves, sure, but at least he has actual achievements.

And Grace Hopper is awesome: so awesome the Computer Science profession, as a whole, still likes her despite inventing COBOL.

Going to rename the city of Washington and everything elese named after him too??

Calhoun, unlike Washington, was a slavery enthusiast. And, unlike Washington, he failed to have other positive qualities or, indeed, free his slaves. No one sensible asks for perfection from historical figures: you need to accept them for what they are and what they did warts and all. But Calhoun was not only not perfect he was irredeemably awful in every way, shape, form, and particularity.

Look on the bright side! You can name anything you like after John B. Calhoun.

Now that I think about it, you should totally name things after John B. Calhoun. I don’t understand Americans naming so few things after scientists and so many after politicians because, on the whole, you’ve terrible politicians and excellent scientists.

Calhoun was an asshat of epic proportions. A bastard of infinite scope.

Pres. Jackson said of his time in office: I have only two regrets: I didn’t shoot Henry Clay and I didn’t hang John C. Calhoun" And Calhoun was his V.P. for his first term.

Going to rename the city of Washington and everything elese named after him too??

And please stop acting like a simpleton. It’s annoying and it makes you look bad.