You didn't find a meteorite

Buy your own space artifact at this meteorite auction – or just read the fun descriptions
bathosfear August 23, 2016, 11:02am #2

Regmaglypts? The chart this was “adapted” from is more attractive, easier to understand, and easier to navigate.

Yeah, and why does “yes” lead to “Not a meteorite”? How many other categories of rock fall from our skies?

How many other categories of rock fall from our skies?

All of them. What categories of rock wouldn’t fall? There aren’t any lighter-than-air rocks.

Aerographene comes near, if one allows carbon-based materials under the umbrella term “rock”.

This is because “did you see it fall?” is kind of an inside joke. It’s like everyone who says they found a meteorite said they saw it fall, even though it’s a relatively small rock and would have been traveling at well over 100mph when it hit the earth

I have heard many wonderful stories from people who swear that they saw the rock fall, that the rock wasn’t in their driveway yesterday, or that it split their tree in two. I can’t explain how your rock got to be where you found it, but I can say that it is not a meteorite. [Every rock that someone has described as “it wasn’t there yesterday” was just the right size for throwing. Really.] Not everything that falls from the sky is a meteorite.

I did so find a meteorite, and so can you. Go in the CPW entrance, make a left through Asian Mammals, right turn through Asian Peoples, down the stairs, through Human Origins and you’ve found it. 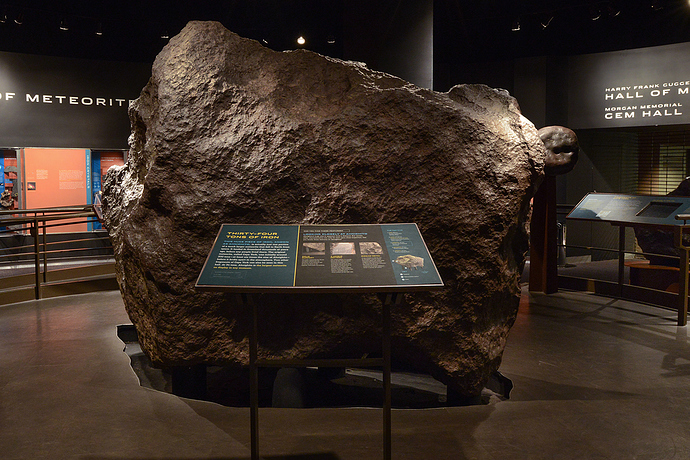 And why does “yes” lead to “not a meteorite”?

I have 2 samples from space! One I know is supposed to be from the Campo del Cielo meteorite in Argentina. The other is probably from there too, though I am not sure.

I also have a Tektite, which isn’t from space, but a result of a meteor impact on earth.

New life goal: Use “regmaglypt” or “regmaglyptic” in casual conversation.

“Oh, you can’t miss him; he has the most regmaglyptic face.”

I have a nice golfball-sized meteorite at home. Family heirloom. I’m glad to see it follows the correct path in the flowchart, and, though I end up at the appropriate box, I don’t actually need to send anyone a sample. I could post a picture here, if I remember to take one tonight, though.

My two-year-old learned that it flew through space and crashed into the Earth and made a in a big hole in the ground long before she learned what “space” or “Earth” are (that is, she’s now three and only has a hazy idea of what those two things are. She is still confused how rockets go through the solid barrier of the sky, and why when there’s “so much air” it looks blue). We still play with making the rock fly through space, though. 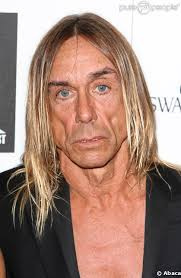 That’s a fossil, not a meteorite.

34 tons? sheesh. which lake/crater did this one create? 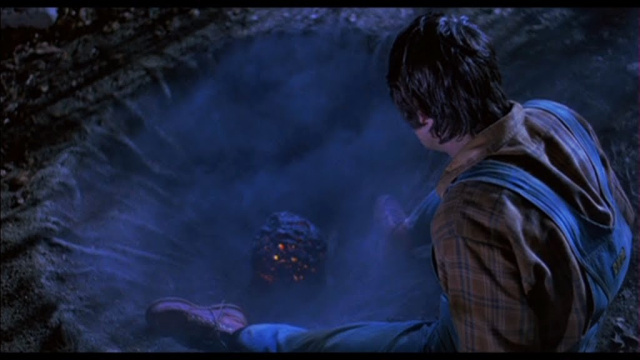 That’s a fossil, not a meteorite.

Yep-- definitely fails the “did someone see it fall” part of the flowchart. 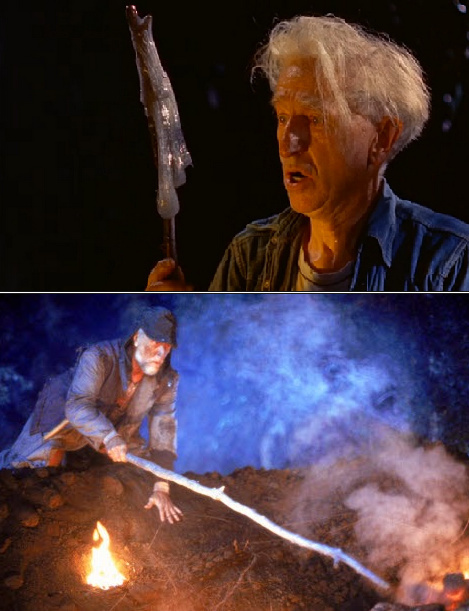 Did those situations end as badly as poor Jordy Verrill’s did?