You probably already know this, but buying a timeshare is a terrible idea

I wonder how predatory the “get out of your time-share” business model is.
Because I can just see the horrible logic right there. “Well, we know they made one poor financial decision. Can we persuade them to make another to deal with the first?”

I’ve been pitched time shares a couple times. Got free tickets out of the deal. Irritating as hell because when you catch them in their bad math, they treat you like shit, but still try to sink their fangs into you.

Everything seemed like a pretty good idea back in the 80s, on account of all that cocaine. That’s what make coke so great! You kids these days don’t understand, with your meth and ecstasy and crushed prescription pills!

Yea, I’ve never understood why anyone would ever get a timeshare. One look at the financial commitment should be enough for even those with the most rudimentary grasp of math should be enough.
I’m not even going to address the “you can trade your timeshare in Cabo for one somewhere else” thing. Doesn’t matter.
The only deal that could possibly occur is on the resale market.
I looked just now and according to multiple sources, in 2012 the average timeshare was 19K and 660/year in fees.
Over the last decade, we’ve booked vacations on Kauai in a condo for the two of us multiple times. The average we paid for a car, flights and the condo for 7 nights was just under 3K - not during high season.
5 years of vacations - 15K.
5 years of a timeshare - 22.3K - no car, no airfare.
For that 7K difference, we can spend two weeks in Europe. With air/hotel.

Up here, you get endless calls telling you that you’ve “won” a cruise.

And, of course, they’re willing to sell you all sorts of add-ons, but the actual cruise is free.

The catch, of course, is that you have to sit through a time share presentation, and you get relentlessly pressured to sign up for the time share while you’re on the cruise.

My colleagues and I managed to talk a coworker out of going on one of those cruises, because if they’re willing to give you something for free, then whatever they get out of you must be worth more to them than the cost of the cruise.

It was good for the wife and me that her parents bought into one back in the 80’s…
We have been able to get a week’s stay at some really amazing places for ~$100 exchange fee. Definitely not a good deal for her parents who probably actually only used the place a few times. Unfortunately (for us) the 30 year buy-in is almost up, so we will actually have to pay for our vacations. 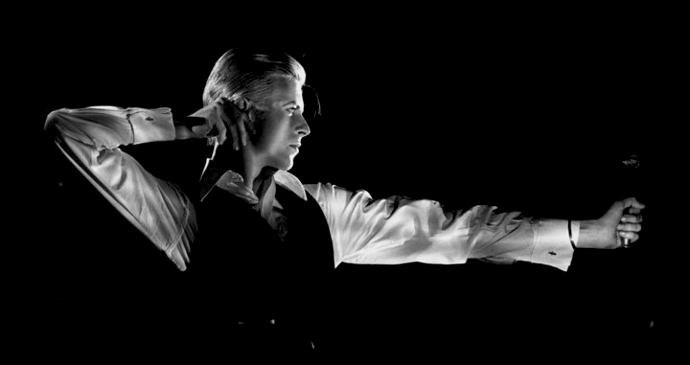 Yeah! While my kid is wasting time sweeping the floor over and over again I’ve the garage door inside-out, swapped all the curtains in the house with curtains from other windows in the house, planted and trimmed and pulled out the rose bushes and converted all the family movies from VHS to DVD and back again!

My parents used to take advantage of them all the time when I was a kid; when going on a trip, they’d find new condos looking for tenants, which would have timeshare “seminars” for prospective buyers. So for watching a half-hour Powerpoint, we’d get a week in a gorgeous condo for the price of a motel, and say “no thank you” at the end.

Timeshares are so awful that there are companies that you get you can hire to help you get out of the timeshare you were intimidated into buying.

Is this some new jive talk we’re all switching to? Why I can I am always the last to get these memos?

A family member, many years ago, joined the Disney Vacation Club, which is their version of a timeshare. With them, you buy points, and have a preferred ‘home resort’ (hotel) where your points go the furthest. You can use points to stay anywhere at any Disney park (or cruises, or other hotels all over the world), but the point cost will vary depending on the hotel and time of year. When he can’t use his points, my friends and I have done so.

For someone who’s dedicated to visiting Disney parks every year with their family, it’s still – bizarrely – a good deal. Otherwise, it’s a fantastic way to go broke fast.

Back in the 80s I went to a timeshare promo - you had to drive down to Atlantic City, hear the promo, and then you’d get a cruise to the Bahamas and a couple of days’ hotel there (you had to get yourself to Miami, but that’s cheap from NY/NJ area.) So fine, it was an excuse to drive down the shore and catch a show in AC, and the cruise was only 4 hours (and worth $50), but both trips were fun. I was expecting the math to be unrealistic, but hadn’t expected the prices to be high by a factor of 10

- No thanks. Last time I was staying somewhere in Hawaii that has lots of timeshare, it was pretty common to see ads for used timeshare properties for under $1000, and many of them would probably be happy to get $0.

And that’s not even counting that the “trade your timeshare week for timeshare anywhere else” only works well if your timeshare is somewhere good, as opposed to a high-season week in Atlantic City which gets you a low-season week somewhere equally uninteresting, and the yearly maintenance fee plus the trade-your-week fee add up to more than I’d spend for a week of hotel back then. They were trying to get $10K/week - if they sold all the weeks at that rate, they’d get ~$500K, which would have bought a really nice apartment in downtown Manhattan back then.

The best thing about owning timeshare is that you can let your kids or nieces and nephews stay in it if you’re not going to use it, but I’m saying that from the perspective of the nephew, not a financial perspective (wife’s uncle had a lot of timeshare.)

DVC is unique because staying at Disney premium properties is ungodly expensive to begin with, and they are rarely on sale for any dates you’d want. They also don’t do the whole hard sell thing, and both the resale market, as well as the rental market (where you sell your points to someone else for one year) is extremely active. That’s without adding things like tickets and discounts into the mix. But yes, you need to be the type to have someone in your family going to Disney yearly.

Disney however is the one exception in a sea of horrible, horrible business practices.

My wife and I went on one of those to Vegas one year. Forty minutes into the presentation the guy just let me go because he realized I understood math and wasn’t going to buy the thing.

Ever since then my wife has wanted to go on another one but I am wary of dirty tricks. For instance, after the day of the presentation housekeeping stopped coming to clean our room. I guess I should be glad we didn’t get locked out of our room or something.

Disney however is the one exception in a sea of horrible, horrible business practices.

Absolutely, there’s nothing remotely slimy or sleazy about DVC, unlike every other timeshare situation I’ve seen. They’re very upfront about costs as well as projections about cost increases per year. And it’s genuinely a great way to save money on staying at WDW over time; I’ve stayed at places there I couldn’t remotely dream of affording without access to the DVC. I just can’t personally afford the outlay of cash to join.

A relative once offered us his timeshare slot for the year, a week in Cancun in late spring. It sounded awesome! Alas, we had two weeks notice. Right after having had some vacation leave. We still attempted to work through the logistics of finding the flights, pet sitter, etc. The logistics were unsurmountable.
I wonder how many weeks make the same flaming trip to earth.

Hmm… if that doesn’t work out for them, they could spin off a rentacenterexitteam subsidiary. Might be a slimmer margin on paydayloansexitteam.